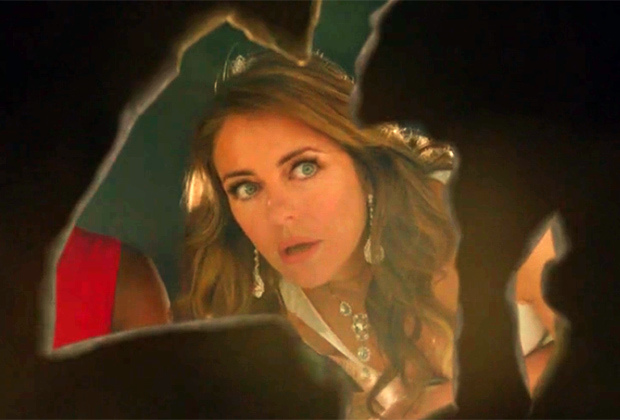 Secrets, deception, revenge and blackmail were all crucial in the season 2 finale of The Royals. One by one, the royal family members found out who really killed King Simon and it was a hard pill to swallow, especially for Liam, who often thought of Ted as a second father. Revenge became everyones motive and there wasn’t much time to think of the perfect plan. Thankfully, Jasper already had one. If Ted was just turned over to the authorities, there was no guarantee that he would get what was coming to him. Instead, our two favorite security details teamed up with Queen Helena, Princess Eleanor and Prince Liam for the ultimate takedown.

The day of the match however, Liam went completely rogue and held Ted at gunpoint. To say his emotions were on a high would be an understatement. But with Liam’s powerful stance in England, Eleanor made sure he put the gun down. Ted warned him that if things didn’t go his way, they’d go after Ophelia, proving that he was in fact working for someone. Liam proved that he’s definitely worthy of wearing the crown by letting Ted walk freely next to him as he “embraced” the fallout for his families actions. Someone had to.

Thankfully, Jasper and Eleanor were able to upload to footage of Ted stabbing King Simon and it aired in place of “Domino’s” secret palace footage, which could have seen them tried for treason. When all was said and done, Ted helped Liam escape the mob of angry citizens that literally attacked him like hyenas. Brutal. I seriously hope that he makes it out alive because deep down inside, I do think Ted was a good man that just couldn’t handle the fact that his wife died at the hands of the royal family. I’d also like to see him handle all the fallout. Death is too easy.

Queen Helena made it seem like she was tapping out of being a royal, but it was all part of her brilliant and evil plan. Glad to have the REAL Helena back. For a second, I thought that she was becoming soft. Now I like her SO much better, especially because she’s become very motherly to her children and built a nice little relationship with them.

When Cyrus announced that he would marry Prudence, making their son the new King, Helena wished him all the best. However the whole thing was a sham. The priest was actually her gynecologist, the pre-nup was made to make Cyrus let down his guard and as soon as the baby was born, Prudence escaped. So really, without an heir, when Cyrus dies, the next in succession is Helena. And why did she royally screw him over? He took her future when he made the call to kill Alistair Lacey, so she took his future. “Enjoy cancer.” Revenge never tasted so sweet. Not even Ted’s revenge was this good.

And with Helena next in line, she knew she had to run the DNA test to prove that Liam was in fact Simon’s son so that he could take the throne. #KingLiam wasn’t trending for nothing right? The people have spoken and it’s Liam that they want. When they began to break through the casket, we’re not sure what Helena saw inside. My guess – King Simon’s bones were not actually inside. Did Cyrus steal the body? Will this make it unable for Helena to prove that Liam is the rightful heir to the throne?

Another incredible moment – Jasper and Eleanor. My heart broke every time Eleanor hurt Jasper this season. I get it, he slept with her mother and initially came to the palace to rob him. But since then, he’s been trying to make up for it and all she’s been doing is shutting him out. When she told him she wanted him to leave after all of this was said and done, I literally screamed “NOOOO” at the TV. So I was really happy when they held hands after unleashing mad chaos onto London. Nothing like falling in love while you watch your father’s murderer potentially get murdered right? But when Eleanor realized that Jasper would literally do anything to protect her, I couldn’t help but cheese it up. I can’t wait to see these two finally happy together. They may have a long way to go, but it’ll be exciting for sure. All she’s ever wanted was someone that would never leave her side regardless of what she did and that’s Jasper.

And we have to talk about that cliffhanger. From the looks of it, Robert never actually died. I guess they’ve been setting that bombshell up for a while, but how could it be possible? How did he survive the wreckage? Where did he go after washing up on the beach? Why didn’t he notify anyone he was alive? I need answers!

I think it is clear that a season of this show deserves way more than 10 episodes… just saying! Season 2 of The Royals left me pretty pumped to see what would come when season 3 rolls around. But also, a feeling of deep sadness that I’d have to wait several months to make any sense of that cliffhanger.

Related Topics:royalsthe royals
Up Next

The Royals – Together With Remembrance of Ourselves (3×01)