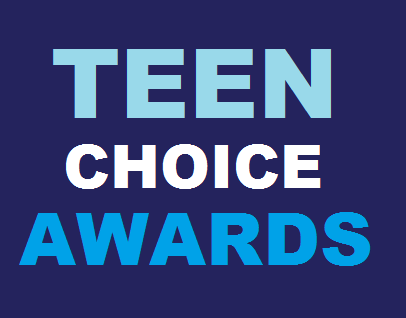 The Teen Choice Awards were fully of shocking and incredible moments, as always.

There was also a somber moment, when Lea Michele spoke out about the tragic passing of her bf and co-star Cory Montieth, as she dedicated her surfboard award to Cory and thanked the fans as she fought back tears.

“I just wanted to be here today to personally thank all of you and tell everyone out here how much all of your love and support as meant to me over these past few weeks,” she told the audience, adding, “For all of you out there who loved Cory as much as I did — I promise you we’ll get through this together.” This was Michele’s first public appearance as well.

On a happier note, Pretty Little Liars took away seven out of seven nom’s for the TV teen drama. Ian Somerhalder won best male actor for the Fantasy/Sci-Fi category, while Nina Dobrev snagged the best actress surfboard in the same category. Other big winner’s in music included Selena Gomez, 1D, and Demi Lovato.

But the highlight of the night? Harry Styles channeled his inner Miley as he twerked for host’s Darren Criss and Lucy Hale. This sparked a world-wide Twitter trend with the #HarryDroppedThatThunThunThun.

Here is a link to see a list of all of the winners!!!

Congratulations to the cast of Pretty Little Liars on their big win!

Featured Image: By MrJEKIN85 (Own work) [CC-BY-SA-3.0], via Wikimedia Commons

Nostalgia Alert: ‘I Know What You Did Last Summer’ Reboot Ordered at Amazon

Amazon has officially ordered to series a reboot for I Know What You Did Last Summer.

Now, if the reboot was based off of 2020, the premise wouldn’t be all that thrilling because no one did anything this summer. Thanks, COVID.

But thankfully, the magic of television doesn’t have to abide by the real-world face mask and social distancing rules.

The reboot, like the 1997 slasher classic, will be loosely based on Lois Duncan’s 1972 of the same name.

In the young adult adaptation, it will focus on a group of teenagers who are stalker by a mysterious killer a year after a fatal accident on graduation night.

“The best horror franchises always have another scare coming, and this I Know What You Did Last Summer series from Sara Goodman is a perfectly twisted update to the iconic slasher movie,” said Albert Cheng, COO and co-head of television at Amazon Studios, per Deadline. “Any way you slice it, our global Prime Video customers will love this modern take on the fan favorite film.”

While we’re all for a modern retelling, we can’t help but yearn for some of the original cast members to reprise their roles.

We know Phillippe is busy working on the upcoming ABC mystery drama, Big Sky, but could we at least get 2 out of 4 to sign on for the reboot? Wishful thinking, we know.