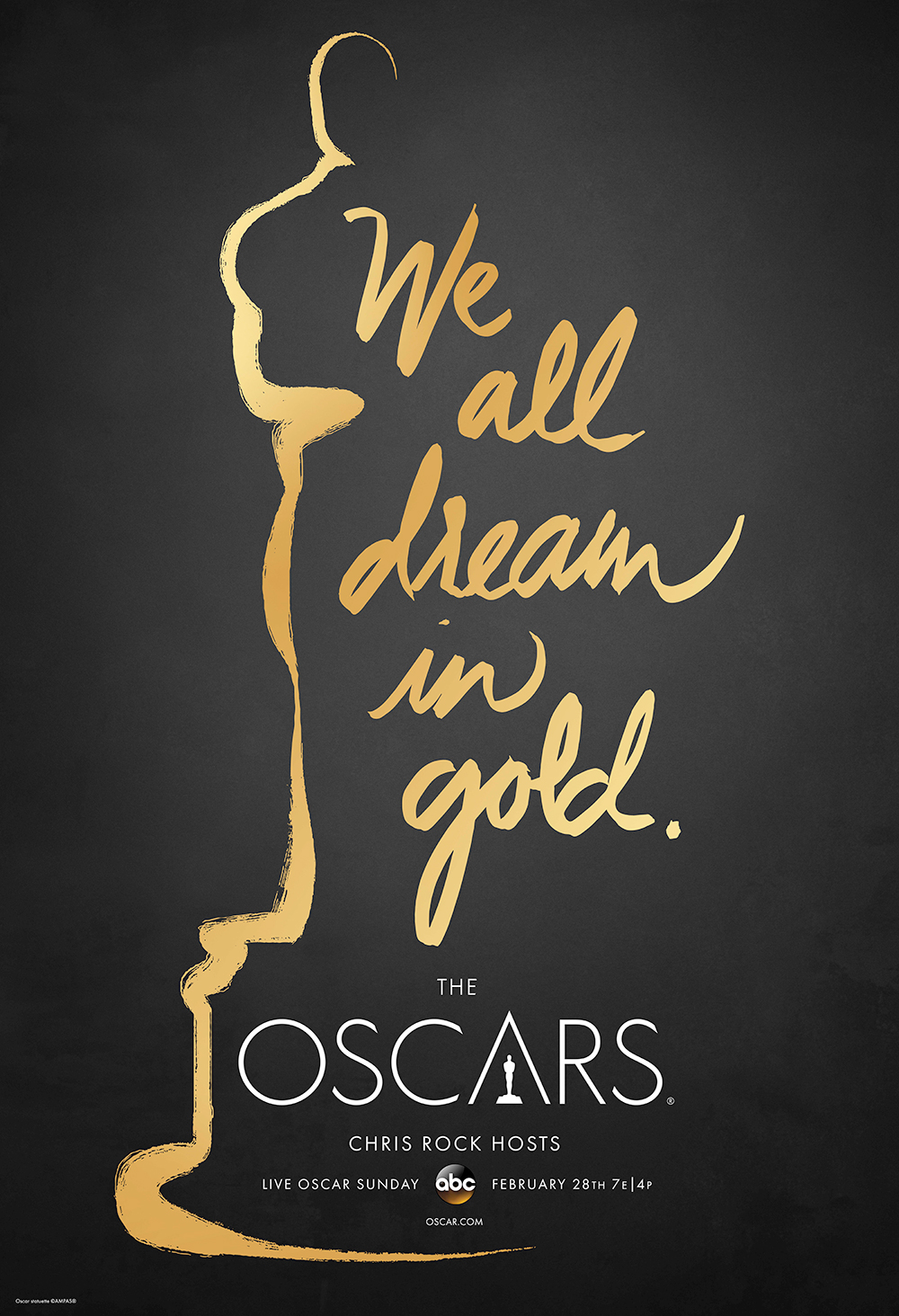 The Academy of Motion Pictures and Sciences have just announced the nominees competing in this year’s Academy Awards.

I’m quite surprised to not see Steve Jobs, The Danish Girl, Concussion or Star Wars. My biggest surprise was Mad Max Fury Road despite it being the fan and critic favorite of 2015. MY Pick: Spotlight

Performance by an actor in a leading role:
Bryan Cranston in “Trumbo”
Matt Damon in “The Martian”
Leonardo DiCaprio in “The Revenant”
Michael Fassbender in “Steve Jobs”
Eddie Redmayne in “The Danish Girl”

Surprised to see Bryan nominated in this category. Was suspected to see Will Smith for Concussion or Tom Hanks from Bridge of Spies. MY PICK: Leonardo DiCaprio-The Revenant

Performance by an actress in a leading role:
Cate Blanchett in “Carol”
Brie Larson in “Room”
Jennifer Lawrence in “Joy”
Charlotte Rampling in “45 Years”
Saoirse Ronan in “Brooklyn”

This category was all expected. and I’m happy for all these actresses. MY PICK: Bree Larson-Room

Performance by an actor in a supporting role:
Christian Bale in “The Big Short”
Tom Hardy in “The Revenant”
Mark Ruffalo in “Spotlight”
Mark Rylance in “Bridge of Spies”
Sylvester Stallone in “Creed”

This category had so many snubs with only one nominated from Spotlight and was expecting a second to join him. Was surprised to see Mark Rylance from Bridge of Spies on the list and no Harrison Ford. MY PICK: Sylvester Stalone-Creed

Performance by an actress in a supporting role:
Jennifer Jason Leigh in “The Hateful Eight”
Rooney Mara in “Carol”
Rachel McAdams in “Spotlight”
Alicia Vikander in “The Danish Girl”
Kate Winslet in “Steve Jobs”

With The Hateful Eight nominated in just this category I say good luck. So many breakout performances. MY PICK: Alicia Vikander-Danish Girl

So many directors snubbed from this category. I’m starting to think they should extend this category as well. MY PICK: Tom McCarthy-Spotlight

This category is extremely difficult considering I have seen all but one. MY PICK: Brooklyn

Best animated feature film of the year:
“Anomalisa” Charlie Kaufman, Duke Johnson and Rosa Tran
“Boy and the World” Alê Abreu
“Inside Out” Pete Docter and Jonas Rivera
“Shaun the Sheep Movie” Mark Burton and Richard Starzak
“When Marnie Was There” Hiromasa Yonebayashi and Yoshiaki Nishimura

Surprised to see that Disney/Pixar didn’t go for two like it did in the Golden Globes. Plus the latest Ghibli film which didn’t gain a lot of publicity. This year, no Dreamworks. MY PICK-Inside Out

MY PICK: Son of Saul

MY PICK: The Revenant

Brooklyn and Bridge of Spies would have been my picks had they been nominated. MY PICK: Cinderella

MY PICK: TBA (After I view all the nominees at the Short Films Event early next month)

So many films overlooked in this category and it doesn’t help that the two biggest powerhouse films are at it against each other. MY PICK: The Revenant

Another year of 3 nominees it’s a question of whether the Academy know what to put in this category. *Cough Cough* Danish Girl, Brooklyn and Star Wars. MY PICK: Mad Max Fury Road

Okay this one is so easy hands down that if not picked, you messed with the wrong composer. MY PICK: Star Wars The Force Awakens

Skyfall was the last Bond film to win this category. Sam Smith will see if he can live up to that reputation. As for the others…it’s possible just not The Weeknd. MY PICK: Sam Smith-Writing’s On The Wall

MY PICK: The Martian

Okay, just like the animated films category Disney/Pixar goes one for two with the short attached to Good Dinosaur and not Inside Out. I mean come on it’s a singing Volcano. MY PICK: TBA (After I view all the nominees at the Short Films Event early next month)

MY PICK: TBA (After I view all the nominees at the Short Films Event early next month)

This last category, I was shocked to not see Jurassic World which would have been the run away winner. MY PICK: Ex Machina

These are some of my current picks. I will have them all picked as soon as the Shorts are available for viewing. Be sure to tune in to the 88th Academy Awards LIVE on February 28 on ABC hosted by Chris Rock.