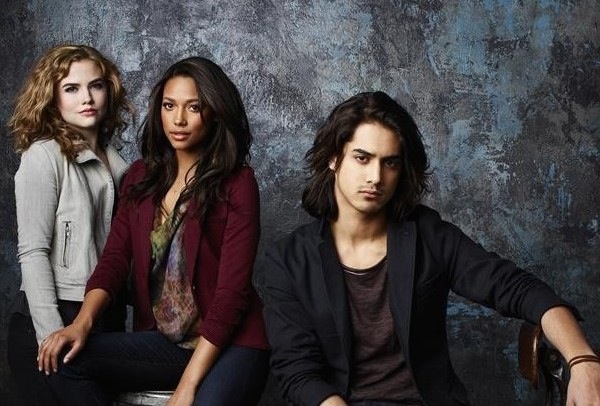 Sad news for Twisted fans…. ABC Family has cancelled the twisted drama after just one season!

Since the summer finale earlier this year, fans have been sending “Save Twisted” petitions to the network. Social media was gaga over the show… but unfortunately, the decision was up to the ratings, which weren’t a powerhouse.

The premiere registered a mere 1.1 million viewers. By the 19th episode, they had dropped to 800,000. Twisted obviously didn’t make the cut, even though it was awesome and had so much potential! I feel like we’re reliving Ravenswood all over again. What sucks about shows getting cut so out of the blue  is that we never really get closure– or a proper ending. Twisted surrounded Danny Desai, a young man who was charged and arrested in the murder of his aunt Tara. After leaving juvi, he came back to his hometown where he was shunned and called a sociopath.

The final episodes revealed that Danny never killed his aunt– his father did. He took the blame to protect his dad, who later died. Except that he didn’t. He faked his own death, but really died when he fell of the cliff after an altercation with Danny, who was just protecting Jo. As for his crazy juvi-mate who was sort of dating the blonde… well, he was actually her half-brother. May or may not have been Danny’s too as I think that he was totally Vikram’s kid. How will I go on with my life not knowing the truth here?

News comes just a week after Avan Jogia, who played Danny, was cast in Spike TV’s miniseries “Tut”– an indication that things weren’t looking bright for the drama.

On the bright side, ABC Family did renew a plethora of shows including season 4 of “Switched at Birth”, season 6 and 7 of “Pretty Little Liars,” “The Fosters,” “Chasing Life,” “Melissa & Joey,” “Young & Hungry,” “Baby Daddy,” and “Mystery Girls”– with scripted pilots “Recovery Road,” “Stitchers,” and “Unstrung” in the works.

I’m still wondering how Mystery Girls got renewed but Twisted didn’t. Is there any justice in this world?

RIP Twisted… it was a true pleasure.