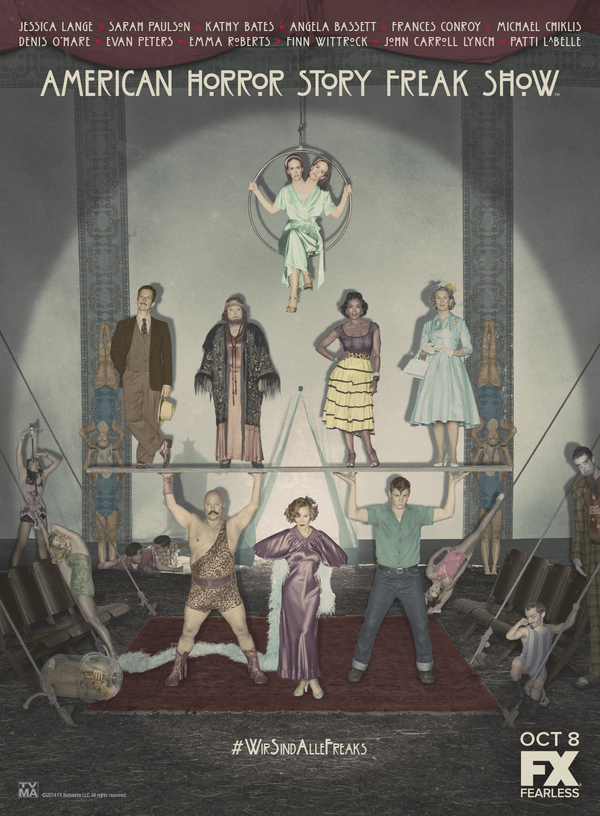 Over the past few weeks, we’ve been treated to 10 second snippets for the new season of American Horror Story: Freakshow. These have included terrifying clowns, sword swallowers, and more. Now, we finally have the official extended trailer for season four!

The trailer, titled “Voyeur,” gives us a first look inside the big tent. The song, Carousel by Melanie Martinez, fits perfectly, and really almost outshines the trailer, which only gives us a closer look at the different “freaks.” “It’s always a freakshow”, she croons.

The season’s official description reads, “This is the story of the performers and their desperate journey of survival amid the dying world of the American carny experience.”

It will start in Florida in the year 1952 and focuses on the last freakshow in the world. As the performs arrive to the town, so does a dark entity, threatening folks in town.