Beauty and The Beast: Anniversary (1×20) 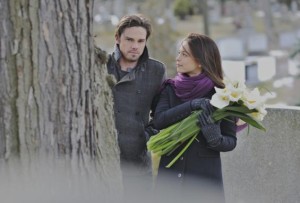 Anniversary covers the tenth anniversary of Cat’s mom’s death. Not only that, but it was the first time that Cat and Vincent saw each other. He saved her life and for that she’ll always be forever grateful. 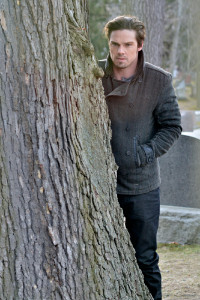 The jealousy with Vincent starts the morning he drags Catherine with lilies to her mother’s grave. Gabe got there first with lilies and they’re both confused on what he’s doing there. Turns out Cat’s mom was the doctor that smuggled Gabe out of Murfield. Now Vincent is all sorts of jealous, and Cat needs to put a stop to it.

Throughout the episode, Vincent can be found getting angry and breaking things out of jealousy. Gabe and Cat have paired up to chase the glimmer of hope that Cat’s mom still may be alive. Too bad it’s a dead end.

I understand why Vincent is jealous of Gabe. He gets to be out in the open with Catherine and no one knows his secret, that he too is a beast. It would just be nice if Vincent could tell Cat about Gabe’s beast instead of being a complete jerk throughout the episode. Especially when he doesn’t tell her that she and her family have been visiting an empty grave. Vanessa’s body isn’t under than tombstone, and he didn’t have the audacity to tell her. 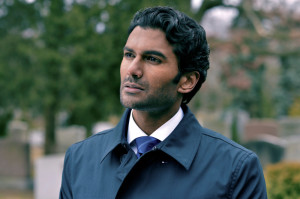 Then there’s Tess and Joe’s secret relationship. I’m not sure how I feel about this one since Joe is married and I feel like he’s taking complete advantage of Tess, but they are pretty cute together. His asking Tess to transfer to save their relationship at the beginning of the episode was a little shady, but I’m glad he transferred the cop who found out about them instead. That gesture made him look more like a man.

What do you think? Should Joe and Tess stay together? Is Gabe up to no good? Tune in with us next week Thursday at 7/8c.

Beauty and The Beast: Anniversary “Promo”