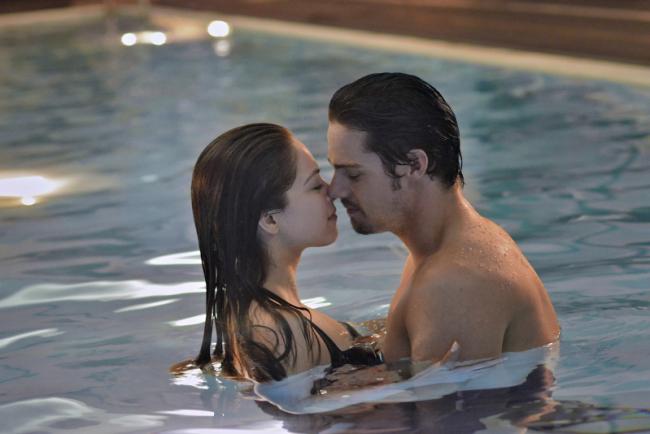 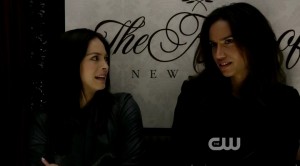 This week’s episode of Beauty and The Best started out wit Tess and Cat talking about their security detail at the five star hotel. Catherine’s focus seems to be somewhere else, and when she tells Tess she’s reassured not to worry. Cat thinks she’s pregnant, but not even Vincent wants the child. He says that there’s no way they could have a baby right now especially with Murfield hunting them all down.

Gabe confronts Cat about Vincent and she knows there’s no way to hide it anymore. Then Gabe’s eye turns yellow. Cat realizes what he really is. He tells her that her mother is the reason he’s been able to keep the beast inside of him under control. Gabe was a first generation of beast and Cat’s mother produced meds that would continue to keep him normal. The only problem with Gabe’s situation is that once he turns there’s nothing that can bring him back except for his meds. 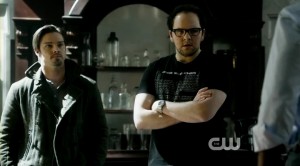 Vincent’s DNA is what Gabe thinks will be able to get him off his medication and help him control his beastly changes. His girlfriend, Tyler, is petrified when she hears that Gabe has changed and she warns the couple.

When Gabe finds Vincent, he finds JT. Before JT’s life is ended Vincent is able to put him out. When Gabe comes back he tells them all that when he turns, he can’t remember anything that he’s done.

I love the whole Romeo act that Vincent puts on. When he finds out that the meds Gabe gave him will kill him in a couple years, he says that he’d die in 2-3 years. Vincent says he just wants a normal life with Catherine, but Cat says that she never wants him to take the pills again. Leave it to Vincent to break the promise, but what Gabe wants in return for the pills could possibly kill Vincent. 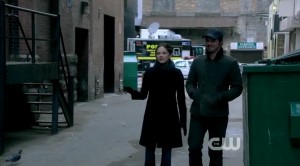 Will there be a cure for both Gabe and Vincent? Or will one of them not make it to the second season? Who will do whatever it takes?

Tune in next week for the season finale on Thursday at 8/9c on the CW!

Beauty and The Beast: “Never Turn Back” Promo