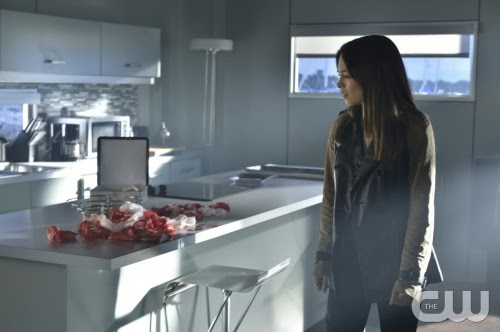 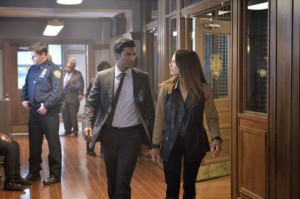 Ever since Vincent lost his memory, he hasn’t really been acting like himself. What happened to the loving, caring Vincent? I’m still trying to forget how he chose revenge over love and tried to kill Cat’s father. Catherine was handling it perfectly fine, Vince. You didn’t have to step in.

After the whole Agent Reynolds situation, the FBI sends someone to ask Cat about the situation. Now that she’s all emotional who does she run to…? Yup, Gabe. Let’s all about how he was a complete devil in season 1 trying to kill Vincent so he could live and now he’s this humble hero. Um, no thanks, not buying it. It may be genuine, but I think he’s just after what’s Vincent’s.

The awkward run-in between Tori and Cat while Cat is visiting Vincent was almost too much. I almost couldn’t take Tori seriously. You’re just a flitting amusement for the time being Tor, don’t let it go to your head. 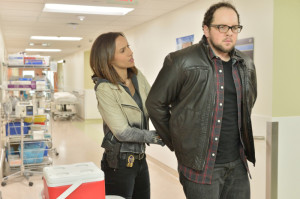 It’s nice to see JT and Tess getting closer. Poor JT is lucky is girlfriend-to-be is a cop and can bail him out of the situations he gets himself in, like attempting to steal blood and meds from a hospital for Vincent.

Why is JT so attached to Vincent? JT opens up to Tess and tells her that he feels directly responsible for Vincent becoming a beast. JT is the one who gave Muirfield Vincent’s name. 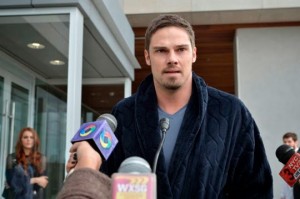 Catherine will never cease to amaze me. She always finds herself in some sort of trouble. After getting locked in a vault by Tori and rescued by Vincent, she shoots him…AGAIN. If she keeps shooting people, I’m gonna start thinking she got her balls back. It looks like Catherine isn’t the only one with newfound courage, the final scene shows Vincent holding a press conference and telling the world he’s back from the dead. What will he say? Who will be after him now? Find out Monday at 9/8C on the CW!

Beauty and the Beast: “Ancestors” Preview