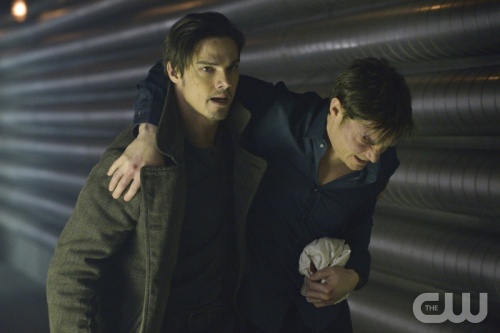 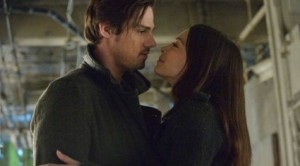 It’s about time our favorite couple, VinCat, goes head to head with Murfield. All these raids and endless chasing has finally given us an idea of what they’re really capable of. 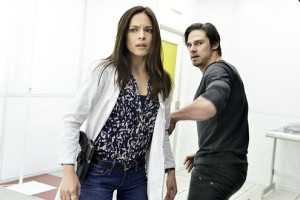 The look inside Murfield’s lab was something out of a horror film; white walls, white floors, white doors and plenty of blacked out files. You were just waiting for crazies to start coming around the corner and sure enough they did. That disembodied hand that was being brought back to life and attempted to attack Evan made me flinch. What does Murfield plan on doing with all those body parts that are wired up and spread out around the lab? 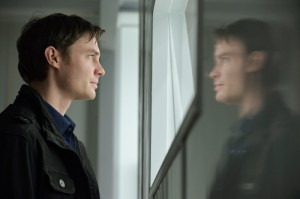 Evan seems to think that they’re planning on making a better cross-species, one unlike Vincent, but are they? We saw no proof in this episode and honestly Evan has let us down so far. Why would we believe him now? Even his moment of courage where he goes to save Vincent was put to a halt, he couldn’t even do that right, much less keep Cat safe.

What is it with the men in this show that think they need to keep Catherine safe? She’s a cop, not an office secretary. She puts her life on the line every day, yet both Vincent and Evan continue to have this testosterone battle of keeping her out of harms way. “She deserves to be with a man,” says Evan on the train. What makes Evan a man? He can’t even punch straight. 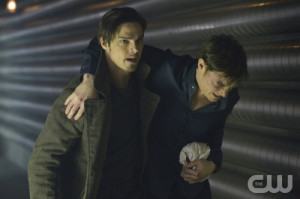 I will give Evan credit for owning up to his mistakes and giving his life in order for VinCat to escape. But were all those bullets necessary Murfield? And now we don’t get to know the secret only Evan and Vincent know about Catherine’s mom. Why was Tess’s name on a file? Was she part of the Murfield experiment? Is she next on their list? So many questions and no answers. I wouldn’t mind if they brought Evan back to life in the second season as a cross species…

What did you think of “Heart of Darkness”? Tell us your thoughts in the comments below!