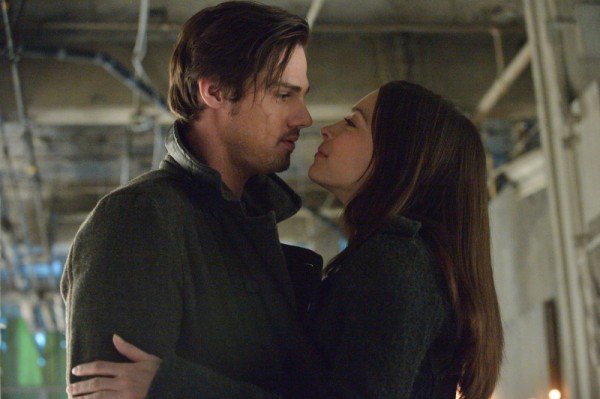 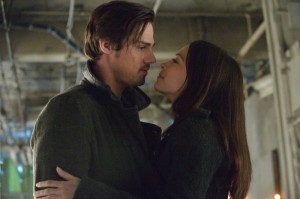 This week on Beauty and The Beast, Cat decides to become a real estate agent and finds Vincent a new “home”. Just like the previous homes that Vincent has occupied in the past, this place is an underground concrete haven. Vincent, being completely enamored with Catherine, realizes that his hideouts need to be more romantic if he wants to keep the spark alive in their relationship. As if jumping off buildings and running away from killers isn’t sentimental enough. 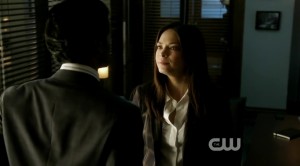 We’re shown Gabe in a new light. This DA who seems to have no fears or flaws suddenlybecomes a helpless orphan. His bloody nose and shaky hands show his anxiety toward Murfield and hints about his hunt. We’re introduced to his girlfriend who stays nameless throughout the episode, but like Gabe she has her past with Murfield and has a large thick scar down her spine to show for it.

Cat has corrupted Tess who is now stealing evidence from bodies. The man with no fingerprints that came into the precinct bloody in search for Catherine had a card that was crucial evidence in finding Murfield.

The card that Tess finds brings Cat to Orchard Industries where she finds hundreds ofMurfield servers. She accesses the files and starts a transfer to Gabe’s computer until she sees Vincent’s file. In a failed attempt to delete it, she tries to stop the transfer which alerts a Murfield kill team. Vincent who has a knack for showing up at the right time destroys the server and causes the whole building to set fire.

The next day Gabe confronts Cat about how everything went down and Cat is curious to how Gabe could have guessed the password on a single try. “Chimera” isnt a common name or word used. Cat explains that her mother wore a chimera pendant and Gabe flashes back to a woman who smuggled him out of Murfield when he was supposed to be terminated. 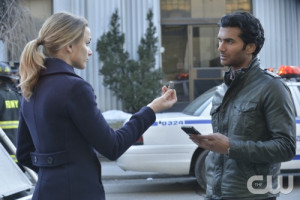 Playing With Fire has a few Gabe flashbacks and pieces together why Gabe has hunted Murfield his whole life. The woman who took care of Gabe at Murfield had no fingerprints, which explains how the bloody man in the precinct is a Murfield agent. Gabe remembers being brought into Murfield as an orphan from Kolkata, India where he was harvested constantly for blood, tissues and everything else.

Gabe’s girlfriend has her suspicisions after seeing the server room. There is no way Murfield or even Cat could have ripped the server off a bolt. Now Gabe has his doubts, could the cop with the do-good mother have more secrets than she’s telling?

What do you think? Will Cat be able to continue these secrets even with Gabe and his girlfriend at her heels. What is their agenda with this Murfield hunt? What do you think is going to happen next? We want your thoughts. 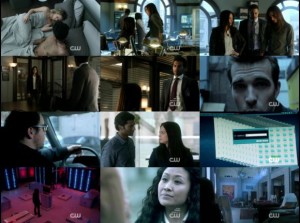 Beauty and The Beast: Anniversary “Promo”