Breaking Bad Spinoff In The Works

A Breaking Bad spinoff is in the works, which means that next season, we can anticipate a lot of spinoffs.

According to TV Guide, the producers and Sony TV are working on a spinoff surrounding Bob Oderkirk’s overbearingly funny lawyer character, Saul Goodman. The concept of the new show is still in the works, but will be more comedic showing off Oderkirk’s talent (he wrote for SNL).

According to Rolling Stones, Oderkirk has been in talks with Breaking Bad writer, Vince Gilligan about the show, potentially titled ‘Better Call Saul’. Saul was added to the cast came to Breaking Bad as a guest starring role, but became a series regular by season 2.

Producers in the market lately have been trying to cash on the success of previous or current shows. With Breaking Bad coming to an end in the summer, their obviously going to want to keep the franchise alive as long as they can by adding a parent show; a spinoff. Is that necessarily a good thing? Many parent shows just don’t live up to the same success and appraise as their predecessors, but maybe spinning the show into a more comedic genre instead of drama will do just the trick to keep fans enticed?

Biggest Twist Of All? Walter White Not Dead?

Biggest Twist Of All? Walter White Not Dead? 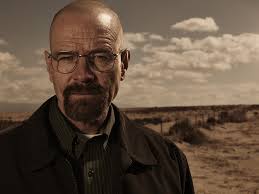 Breaking Bad’s Walter White was known for getting himself out of tough, almost impossible, and totally hopeless situations. But could it be that he actually cheated death? Bryan Cranton says, “maybe.” *Mind= exploding*

Cranston is not ruling out a Breaking Bad sequel and neither should you! In fact, the actor teased about the possibility (or dropped a major hint/spoiler) while promoting his new action flick, Godzilla. He told CNN host Ashleigh Banfield might have lived through the moment that most people thought were his final moments.

We all saw White fall to the ground as police shot at him right? Right! But Cranston admits that there a slight chance that the chemistry teacher turned meth maker survived.

“You never saw a bag zip up or anything, or say you know,” he admitted, When Banfield asked if we would ever see Walter White again in a series or movie, he replied smiling. “Never say never.”

Fan’s went wild with hope that their favorite show might once again return. Is he really hinting at more episodes in the future? Was the series never really over? Did we all have a major freak out for nothing?!?! Cranston has kept busy since the finale in 2013, but you can tune into a new series, Better Call Soul, featuring criminal lawyer Saul Goodman. The shows creator, Vince Gilligan has hinted that some Breaking Bad characters will make cameos, which mean hope is still there for Heinsberg!!!  Maybe that was the hint?!

What do you think? Would you want more Breaking Bad? Are you happy with how the show ended? Sound off below and let us know your thoughts!!!