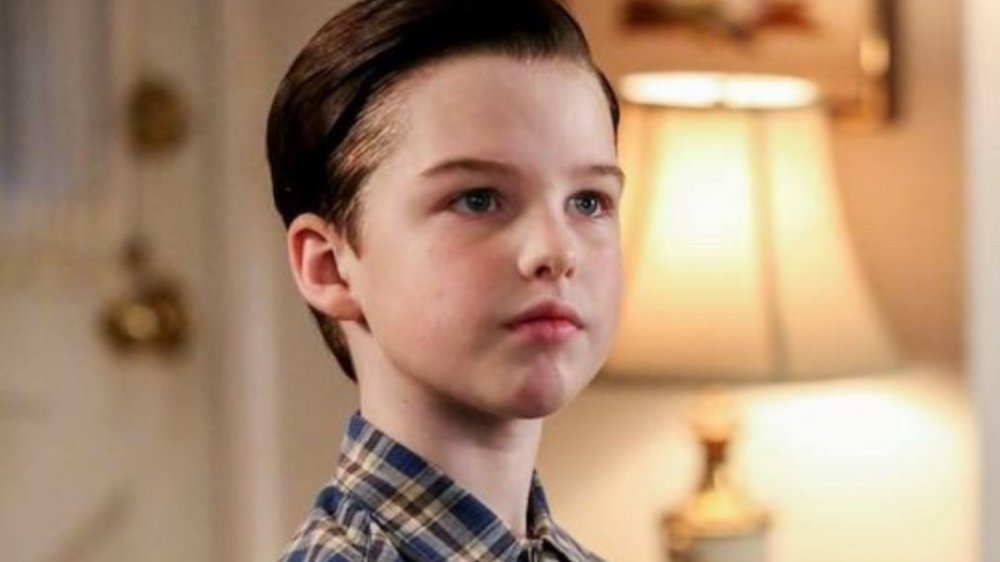 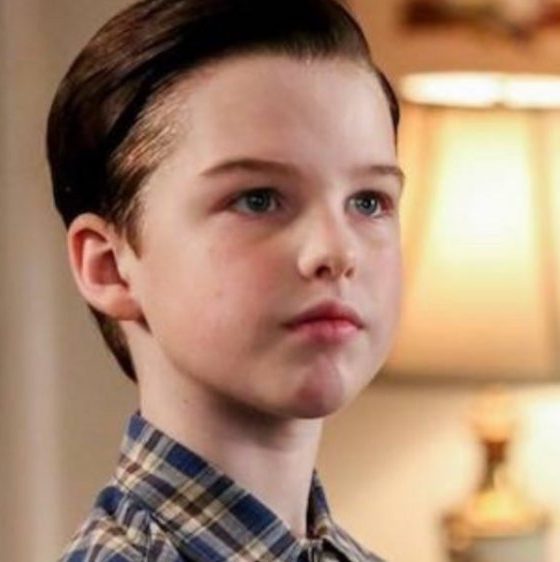 CBS has revealed its fall 2020-2021 lineup, and it’s looking slightly different than the schedules previously released by The CW and FOX.

For starters, CBS doesn’t seem to be wavering in the wake of the coronavirus pandemic — it’s moving full-force ahead with slotting in scripted programming for the upcoming season.

The network is confidently banking on the return to production for many of its shows in time to get episodes filmed and edited by September.

Either they’re being very optimistic or they know something we don’t.

CBS added your favorite TV shows like NCIS, Survivor, Young Sheldon, All Rise, Mom and Blue Bloods to the schedule.

Other networks took precautions with their fall lineups offering fool-proof programming; FOX is betting heavily on the return of football and animated series while The CW has acquired rights to pre-produced shows that will take the place of their vast original programming. All FOX and The CW scripted dramas will premiere in 2021 as part of the midseason slate.

CBS pushed Silence of the Lambs sequel series Clarice to its midseason along with S.W.A.T. and Undercover Boss.

Check out the CBS 2020 fall lineup below:

Ruby Rose Leaving ‘Batwoman,’ Role to Be Recast for Season 2 on The CW 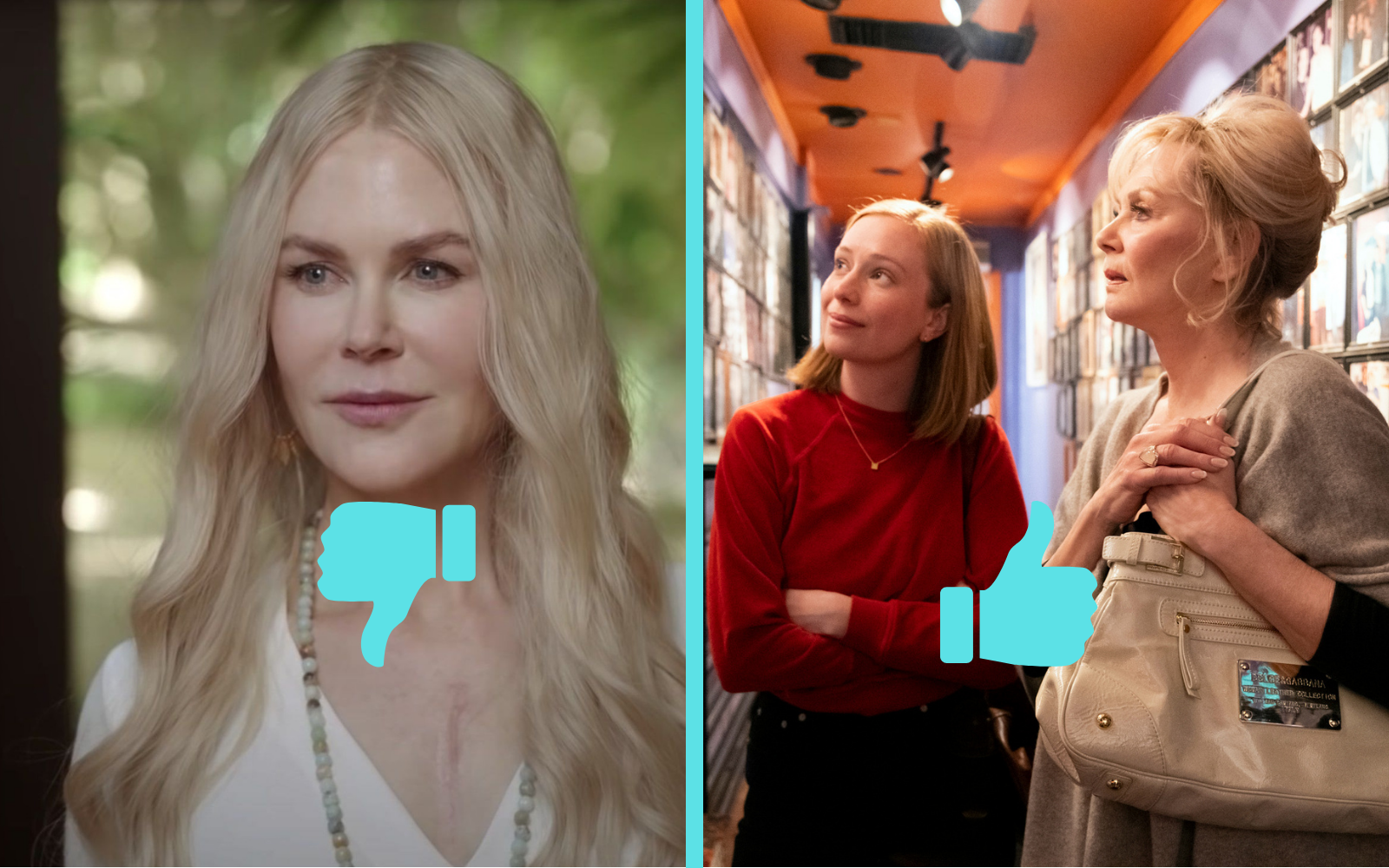 Even with the pandemic shutting down the production of many current shows, 2021 still managed to pull off some darn good TV. Give it up for streaming services that totally blew cable television out of the water.

Here are 5 TV shows you NEED to add to your watchlist.

HBO Max’s Hacks deserved every Emmy it received and every Emmy it didn’t receive. The talented Jean Smart stars as Deborah Vance a fading comedian who teams up with canceled comedy writer Ava (Hannah Einbinder). An unlikely pairing eventually finds their connection and their way in this hilarious series.

The show manages to be everything and more even though the concept is pretty basic. So, despite what you might think from the trailer, you won’t be disappointed.

2. Only Murders in the Building (Hulu)

It’s been forever since Steve Martin and Martin Short teamed up together to bring quality entertainment. And this time they’ve teamed up with Selena Gomez on Only Murders in the Building! Truly an unusual group, but one that works surprisingly well.

In this comedic mystery, the three come together to create a podcast in which they work to solve a murder in their building. When they dig deeper, stories are unraveled, and trust wavers. Although, the one thing that stays constant is the humor and overabundance of Steve Martin’s dad jokes.

In this murder mystery, Mare is the police officer tasked with solving a murder in her small Pennsylvanian town. The twist at the end will leave you speechless, and reeling in awe. Mare of Easttown has A+ acting and a storyline that will have you coming back for more.

You’ll have to put subtitles on for this one unless you speak Korean, but I promise it’s more than worth it. Squid Game received widespread recognition over Tik Tok and is now No. 1 on Netflix’s trending list and potentially its biggest show ever.

It is gory and well-produced. And you’ll want to binge it all at once! A group of people who are in debt fight to stay alive and to win the grand prize of ₩4.5 billion. Who will prevail and who will die?

This one might be an unpopular opinion since Rotten Tomatoes didn’t like it, but I did. Two best friends Kate and Tully have known each other since high school. Kate has lived in the shadow of Tully their entire friendship but is living the life Tully ultimately wants.

Drama ensues throwing a wrench into their decades-long friendship. Firefly Lane is an easy watch and verges on cheesy, yet it’s entertaining and you’ll be left wanting a season 2 to answer important questions.

And while there is good TV, there is certainly bad TV. Many of these either had unbearable plots, endings that tanked the entire show, or were downright boring.

Here’s a list of 5 shows you should avoid at all costs.

Ouch, even Nicole Kidman couldn’t save this show. Nine Perfect Strangers is based on the book of the same name, but in order to provide a fresh and new perspective, it refrains from repeating the novel’s storyline.

Each episode dragged a bit, and while the characters were interesting and given depth, the plot and resolution failed. And sorry, but Nicole Kidman’s attempt at a Russian accent made everything a bit tacky. In short, it’s about a healing retreat that strives to help a group of visitors heal from their past traumas.

Initially, this show had great potential. However, its ending completely ruined everything it was doing right. Cruel Summer is a thriller about a young girl who goes missing and the nuances within her abduction.

It plays into some obvious tropes and many of its twists are predictable. Watch at your own risk!

There were some good characters and decent storylines, but altogether this show just didn’t work. A majority of the characters were unlikable and it tried too hard to push the boundaries.

Genera(+)ion brings to life a group of high schoolers, some of whom are figuring out their gender and sexual identities. It attempts to dig deeper into the lives and minds of Gen Zers and how the internet affects and shapes their adolescence.

Let’s just say the original Gossip Girl deserved to stay untouched. The Gossip Girl 2021 reboot was terrible and so obviously created by an out-of-touch group of adults that were trying to appeal to Gen Z.

The only thing I can applaud is the diversity within the casting. But other than that, the storyline about teachers creating a troll Instagram account to try and keep their students inline? Implausible and downright ridiculous.

Each episode of this seven-part series attempts to provide a groundbreaking meaning behind humanity. Almost like it tried to one-up Black Mirror, but got it all wrong. Since it was shot during COVID it kept every character isolated to one room, which was a cool concept in theory. However, the monologues were dry making the length of each episode excruciating to sit through.

Disney+ is getting ready for spooky season with a slate of shows and movies for audiences big and small.

The Halloween-themed content is hitting the streaming service on September 24 as part of their “Hallowstream.”

It will include new originals like LEGO Star Wars Terrifying Tales, eight-part anthology based on the stories of R.L. Stine titled Just Beyond, and Muppets Haunted Mansion. And yes, The Haunted Mansion will also be available.

But don’t worry, those beloved classics will take you back, including Hocus Pocus, Halloweentown, and James and the Giant Peach (cause you now you still have nightmares after watching that in second grade!)

I’m personally excited about this Disney Channel classic: Mom’s Got a Date With a Vampire!

OG Disney fans can even tap into Wizards of Waverly Place: The Movie, The Suite Life On Deck, and Twitches!

Check out the full Hallowstream lineup below:

The season 3 trailer of Nancy Drew is finally here, and we’ve never been more excited for October 8!

In addition to a possible Nancy and Ace romance (there’s so much chemistry there, it’s insane), the trailer picks up a week after the Nancy Drew Season 2 finale.

Fans can expect plenty of new dark mysteries and murders to continue haunting Horeshoe Bay, along with a deadly new game brought upon by the spirit of Nancy’s relative Temperance Hudson, who is all too eager to cause mischief.

The rest of the Drew Crew —  including Nancy’s biological father, Ryan Hudson, and her adoptive dad, Carson Drew — can expect to be dragged into the cursed world of the supernatural.

Watch the trailer below and get ready!