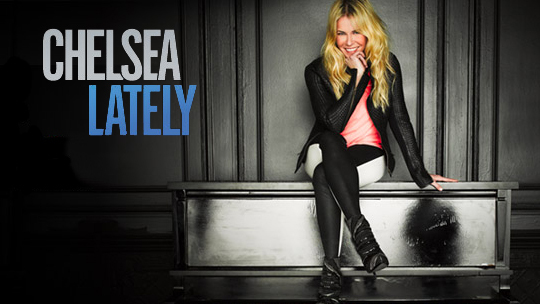 Netflix is dipping its toes into talk shows!

After much speculation, the rumors are true. Chelsea Handler is leaving the E! Network for Netflix.

Up until now, Netflix has only streamed original series in their entirety, not talks shows on a day-by-day basis. This new platform might have been what attracted Handler to the network. She hosted Chelsea Lately on E! news for seven years, but announced her resignation this year admitting she needed something fresh.

According to the NYTimes, Karen Barragan, a Netflix spokesperson, explained that there wasn’t a scheduling plan for the show yet, but that it would be a “topical talk show” that would not follow the typical Netflix platform of posting all episodes at once.

The currently-untitled show will “feature an updated format that still encompasses Chelsea’s unfiltered opinions on topical entertainment and cultural issues, as well as her signature guest interviews,” Netflix said.

In a statement released by Handler she explains, “If I was going to continue working in this industry, I knew I had to do something outside the box to keep myself interested,” Handler said in a statement. “I wanted to sit with the cool kids at lunch so I approached Netflix to make sure they were as cool as I thought they were, and when I confirmed my suspicions, like with any other future lover, I made my move. I’m more excited than I’ve been in awhile, and the team at Netflix is the most forward thinking, alert group I’ve sat down with in ages. No offense to the Shahs Of Sunset.”

Unfortunately for Handler fans, they’ll have to wait a little before they can start tuning into her new show. Netflix announced early 2016 as the date for the talk show to start streaming.

But no worries. Starting Oct. 10, Netflix will air Handler’s “Uganda Be Kidding” stand-up comedy as a special. They have also signed on for four docu-comedy specials to air right after.

It seems like becoming the only female late night host in a world dominated by men has been successful for Handler. This new deal with Netflix pretty much sets her up as the face of Netflix Talk Shows, a new medium they I’m sure they will explore a lot more with the popularity of late night talk shows on the rise. With this move Netflix has really upped its game and revolutionized the future of late night talk shows. Handler did not end this on a good note with the E! Network, bashing them on a recent interview with The Howard Stern Show. She called the network a failure and “a sad, sad, place to live.” E!’s response? Of course that Handlers ratings were dropping steadily and the end of Chelsea Lately was a beneficial move for both parties. We might never know the truth and we don’t care. We now have more reasons to keep our Netflix subscription! As long as we have Chelsea, we’re good!

The final Chelsea Lately episode will air August 26 on E!