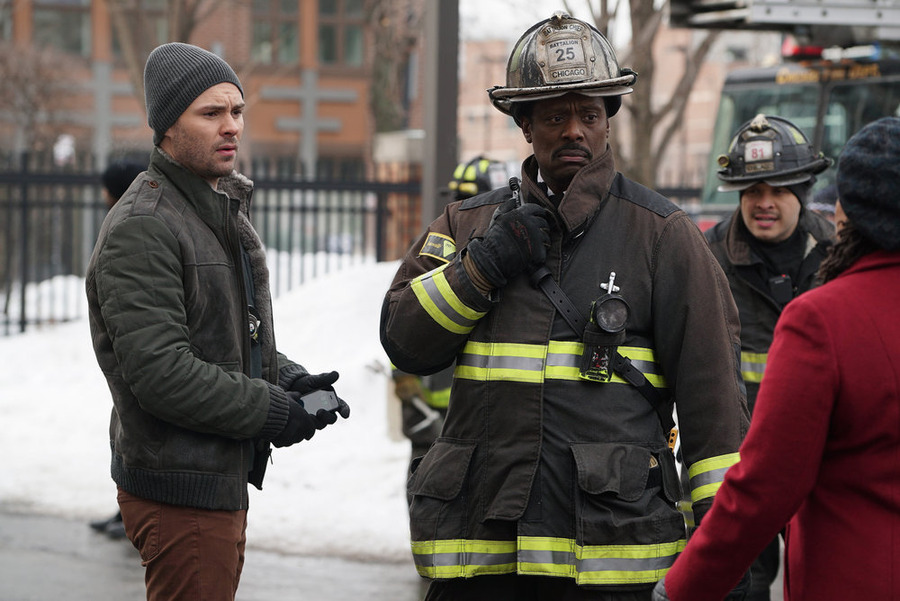 So much to get to this episode as this is the somewhat pilot episode for the new Chicago spin-off Chicago Med. 51 arrives at a dangerous industrial ammonia leak and rescues dozens of victims in need of urgent care, rushing the whole group to Chicago Med. The team’s greeted by an already overloaded ER with folks who have the flu. Dr. Hannah Tramble, Will Halstead (Brother of PD’s Jay Halstead) and Severide’s friend/nurse April Sexton are on site to help, until a man emerges with a grenade in his hand. He makes a strange statement about a virus being worse than Ebola and pulls the pin. Severide shoves him aside but the grenade exploded and Severide knocked unconscious and hit with shrapnel. Since he was ill with a grenade on hand they order a hospital lockdown with no one allowed in or out of the building. Will, April and Tramble tend to the injuries and confusion inside while Boden grapples with an angry man desperate to leave the scene of the terrorist attack.

Dr. Daniel Charles, Chicago Med’s chief psychologist, comes to Boden’s aid and talks to one of the victims down. This allows for Boden to usher the man and a few additional stragglers back into the hospital.

Inside an operating room, Mills and Brett help Tramble in an effort to save Severide from his wounds. They manage to stabilize him for a moment. Diane Claman arrives in a Hazmat suit from Infectious Disease. She starts to test the area while Casey and Otis make a scary discovery of an electrical fire in the ceiling. However they are out of extinguishers. They call for supplies from the outside. But Sharon Goodwin the head of Chicago Med forbids anyone from entering Chicago Med and risking exposure. Cruz, Mouch, Rice and the rest of the stranded team all volunteer to help find them despite Goodwin’s orders. They extinguish the fire but are still trapped inside.

Back outside the hospital, Halstead and Ruzek from Chicago P.D. arrive and Will informs them of the attack. They investigate as best they can without entering the scene itself and receive a major break when the parents of the attacker inform them that their son worked at a lab that studied infectious diseases. Turns out he had contact with a Soviet-era biological weapon, a specific strain of which concerns Claman. If this man passed the incubation period when he killed himself, Chicago Med may be the ground zero of an outbreak. Claman uses Herrmann’s blood to sample whether or not the hospital remains infected… and he clears the test. Signifying that no one inside is infected lifting the quarantine order.

During Severide’s various surgeries, visions of Shay slip into his mind. Tramble manages to remove all the shrapnel and he gets back to normal. He soon regains consciousness as April in his room and confesses his flirtation with death scared he. Severide remembers nothing from the entire day.

Later, everyone celebrates at Molly’s, where Boden delivers a thankful speech for Chicago Med’s incredible work today. Goodwin counters with a statement of her own and echoes his sentiment, reminding that firefighters and the hospital must always work together and that they rely on each other’s professionalism and skill. After the events of that day, Dawson and Casey end up making out with each other at his place. Well about time you two, but how long will this last? Guess we’ll find out next week. But a heads up, coming April 28 Chicago Fire, PD and Law & Order SVU join forces once again for another crossover event. Be sure to stay tuned. 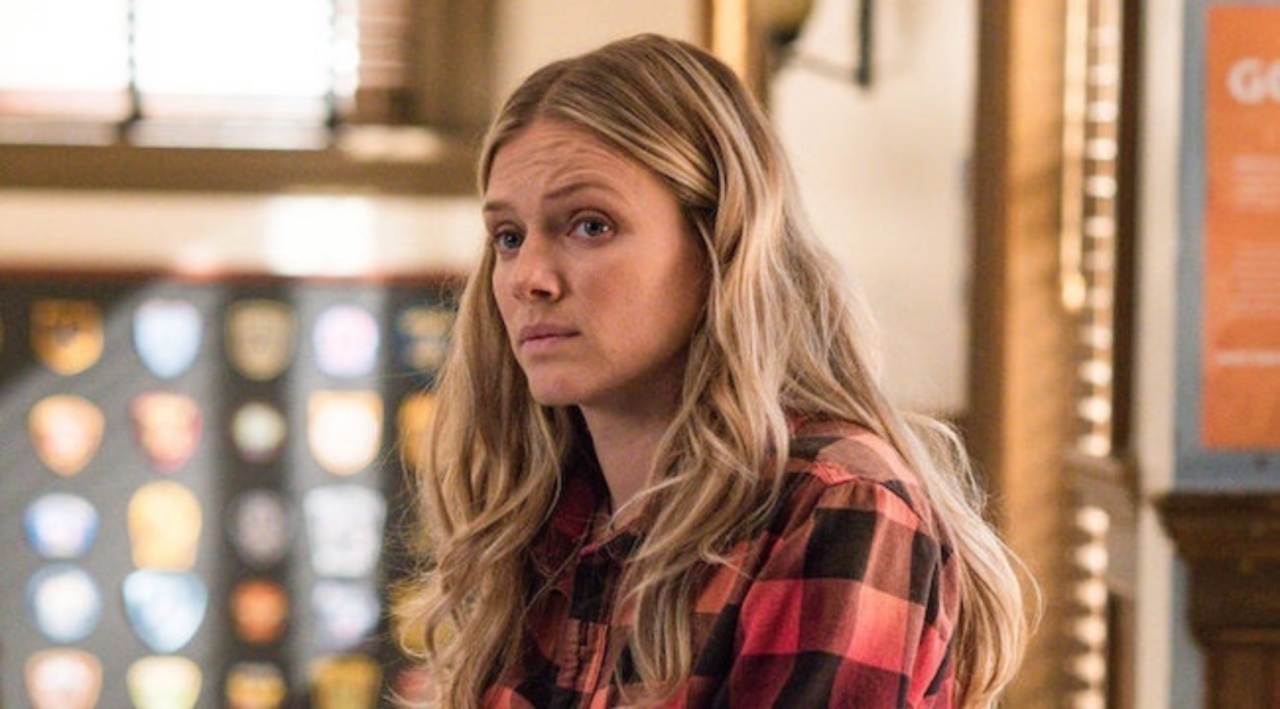 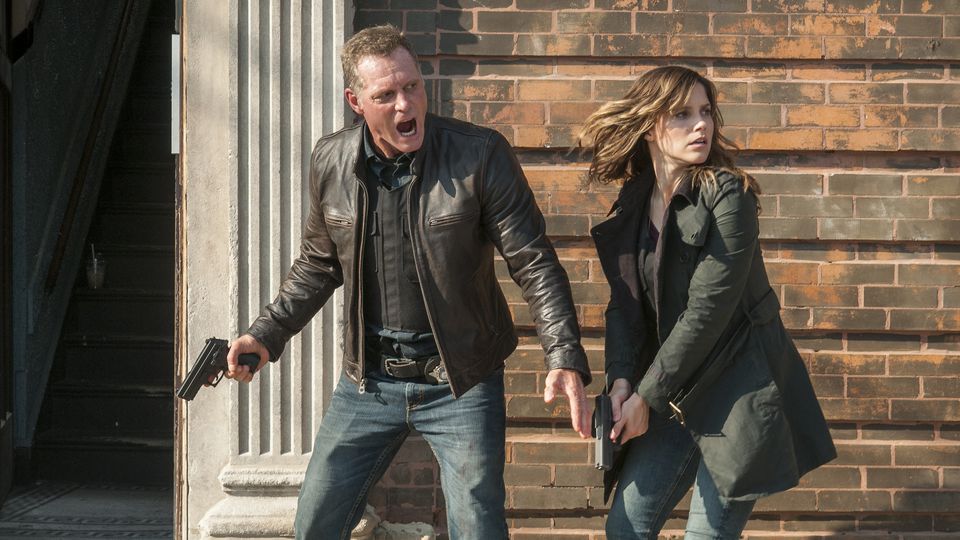 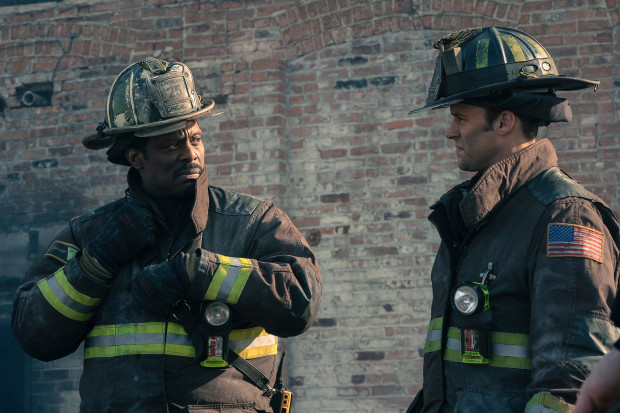