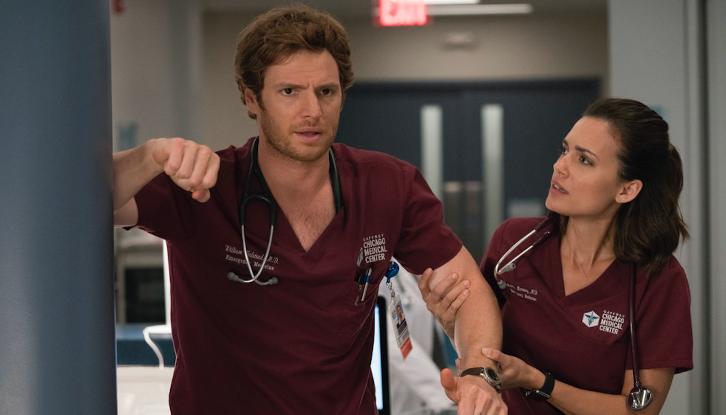 It’s so good to be back in the ED!

Unfortunately, even with the new year upon us, Goodwin is still having “money problems” and Stohl is at the point where he’s trying to turn away patients that he knows are “lost causes” to save money. You can bet that the lack of funds is going to come into play a lot more throughout the season. I could even see Sharon being suspended and threatened with being replaced if she doesn’t “fix” things. And sadly, this is a situation many hospitals in the real world are facing.

After the holidays, it is back to work for everyone, including Dr. Charles who took some much needed time off following the shooting. He returned to find that the ED still very much needed his consults and that Dr. Reese was still avoiding any physical contact with patients. In fact, in his absence, she was doing “research.”

Dr. Reese is in denial and doesn’t want to admit that her fear is in the way of doing her job. But when the window is smashed in — in a string of smash and grabs, not by a deranged patient — and when Noah is attacked by an upset patient who just found out his brother passed away, there’s no denying it anymore. She has a breakdown in front of everyone about how they aren’t able to do their jobs since they don’t feel safe.

When Dr. Charles tries to confront her about it, she once again plays it off. However, it’s a much bigger problem because she’s actually looking into buying a gun! I can see how a doctor would feel uneasy working with patients who are mentally unstable but that’s the job she chose. Maybe she didn’t know to the fullest what it would entail but she had to know that it would involve some aggressive situations. If she doesn’t logically overcome her fear soon she will have to take Dr. Charles’ advice and change professions.

Romance has taken over the ED but when you are a doctor that’s working several shifts in a row, it becomes hard to find some alone time. Natalie and Will are attempting to get it on in the backseat of the car but opt to finish up after their shift. Things take a drastic turn when Will’s leg becomes paralyzed after coming into contact with a patient who upon getting off the plane from Australia also couldn’t feel her foot. Pretty soon, her whole body was paralyzed and the doctors couldn’t figure out why. When Will became ill, Natalie tried to find a connection through the lab work and realized that it was due to a tick who latched onto Will’s scalp when he picked up the little girl from the floor. Thankfully, his symptoms were reversible and a mandatory overnight stay in the hospital allowed for them to get that much-needed sexy time.

In other couple news, April and Dr. Choi dealt with a patient who was dying from AIDS but didn’t want to take the test or receive life-saving treatment because she was scared her family in Africa and her aunt in the states would turn their back on her. If you aren’t aware, victims of HIV/AIDS are shunned in African countries by their family.

Goodwin knew she had to do something so that this patient wasn’t a “lost cause” and brought out her file of former patients she’d lost to cancer. Her persuasiveness worked and the patient finally agreed to take the test. April was inspired and realized she didn’t want to lie to her co-workers anymore so she came clean about her relationship with Ethan right before Doris’ big birthday bash. Can’t use that against her anymore!

Noah, who as I mentioned earlier was assaulted, learned a very important lesson: never tell/promise patients that it’ll be okay. I feel like this is a lesson we should all take away from this episode; if you can’t guarantee an outcome, don’t say it no matter how reassuring it might be in the moment. We haven’t seen much of Noah on the medical-side but it’s interesting to see that even though he’s done his homework, he’s still going to run into ethical challenges.

Rhodes seems to be on his game once again now that Robin is doing better, or so he thinks. Her scans came back clean and on the outside, it seems like she’s fine again but she’s experiencing symptoms, which she’s hiding from him because she doesn’t want him to see her differently. Sexual impulses are one thing but having the urge to steal and acting on it? That could definitely be problematic. Are you over this storyline? Do you think Connor will eventually be fed up and pursue a relationship with Ava? There’s clearly SOMETHING happening between them even though he doesn’t realize it just yet. Girls are mean to the boys they like — I think that’s the saying right? Whatever, point is, Ava has the hots for Connor and she might act on it when he’s given up hope on Robin!

Thoughts on the midseason premiere of Chicago Med? 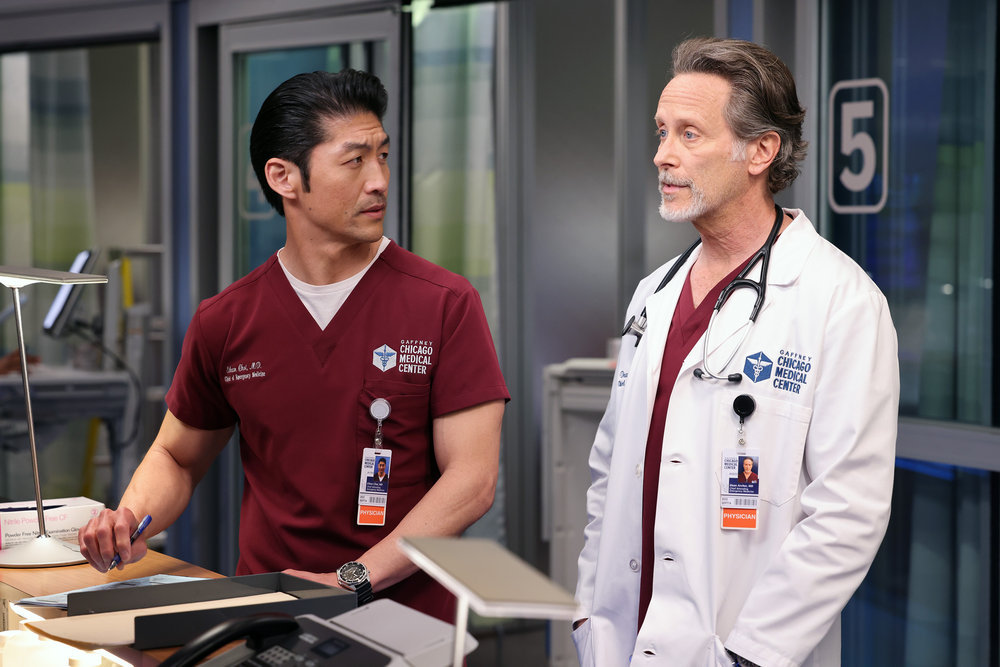 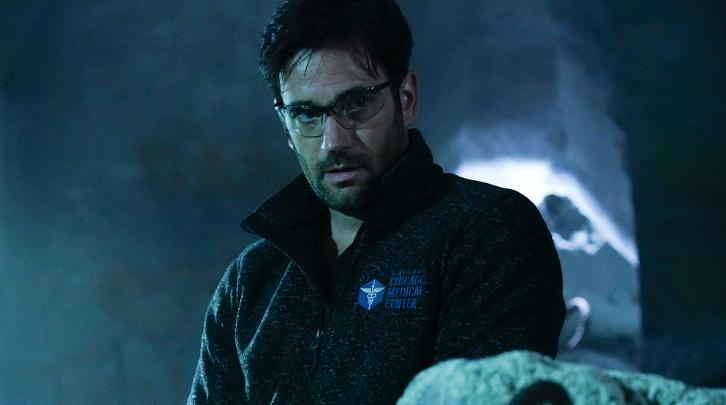