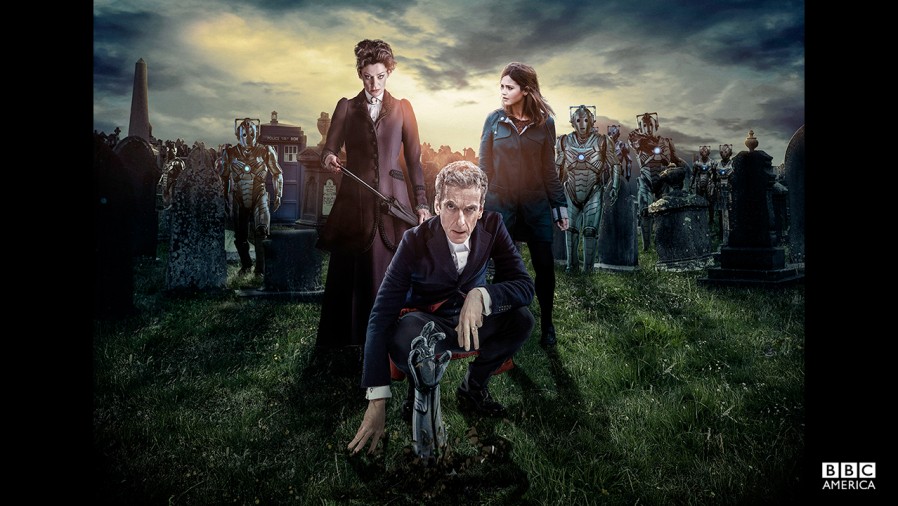 After the events of last weeks episode we follow Clara As she is trapped with a Cyberman in the headquarters of 3W within St. Paul’s Cathedral, and when it attempts to ‘delete’ her for her irrelevance, she uses her knowledge of the Doctor to claim she is the Time Lord. Outside, the Doctor reels from the revelation that Missy, the woman controlling the Cybermen, is in fact a female incarnation of the Master. She reveals that 91 Cybermen, one for every city and major town in the UK, have been released from St. Paul’s and will explode, releasing ‘Cyber pollen’ over the graveyards and reincarnating the dead as Cybermen. In the Nethersphere, the dimension where the souls of the dead are trapped by Missy, Danny Pink discusses what happens next with virtual assistant Seb, but fails to ‘delete’ his emotions before the souls are released back to their decomposing bodies via rainclouds. UNIT, led by Kate Lethbridge-Stewart, surround the Doctor, Missy, and her group of Cybermen and knock both the Doctor and Missy out. Clara fails to convince the Cybermen within 3W that she is truly the Doctor, but escapes deletion when Danny, reincarnated as a Cyberman, arrives and destroys them.

Aboard a protected UNIT plane Kate reveals to the Doctor that he has been nominated as ‘President of Earth’ and has control of the planet’s armies. He objects to this, and, on detailing Missy and the Cybermen’s plans to her, despairs that there is nothing they can do for Earth now. Missy escapes her captors and kills UNIT scientist Osgood, claiming insanity. The Doctor faces her while a horde of Cybermen attack the plane, and Missy explodes the side of the aircraft, sending Kate and the Doctor plummeting toward their deaths while she teleports to safety. The Doctor narrowly avoids death by calling the TARDIS to him and joins Clara at a graveyard, where she has realised who Danny is. She begs the Doctor to delete Danny’s emotions, but the Doctor refuses in fear he will turn on a devastated Clara. However, Danny convinces him to so he can access Missy’s plans from the core Cyber hive, believing that he will still have self-restrain due to the strong love between him and Clara. When he does, he reveals that a second rainfall is coming; one which will convert living humans into Cybermen as well. Missy teleports to join them and gifts the Doctor with control of the Cyber army so that he can lead his own personal army across the universe in his conquer. The Doctor refuses control and passes it instead to Danny, who has managed to keep control of his emotions. He leads the Cyber army into the sky, where they explode, stopping the second rainfall and saving the remaining humanity. Furious over what has happened, Clara demands that the Doctor kill Missy to ensure that she does not repeat what she has done, but Missy attempts to dissuade him by claiming that she knows where the lost Gallifrey is. The Doctor decides she is too dangerous and moves to kill her using her own weapon, but before he can fire, a rogue Cyberman kills her. Kate’s survival is also confirmed as the Cyberman conversion of her father, Brigadier Lethbridge-Stewart, saved her from her fall; the Doctor bids goodbye to him with a salute. With Missy’s control bracelet, Danny has the potential to resurrect himself but instead sends through a child he accidentally killed while serving in the army. Clara is devastated, but agrees to see the child home. She meets with the Doctor to tell him about Danny’s ultimate fate but the news that he has found Gallifrey interrupts her. Not wanting to stop him from returning home, Clara lies that Danny has been resurrected and they say a farewell, seemingly for good; unaware that the Doctor too has lied and Gallifrey was not where Missy guided him towards.

In a mid-credits scene, the Doctor is shocked when Santa Claus steps through the TARDIS doors asking what he wants this year. Well pretty much every Whovian after last night wants to forget this episode. But hey not long til Christmas!!!! Here’s your sneak peak and Happy Holidays! 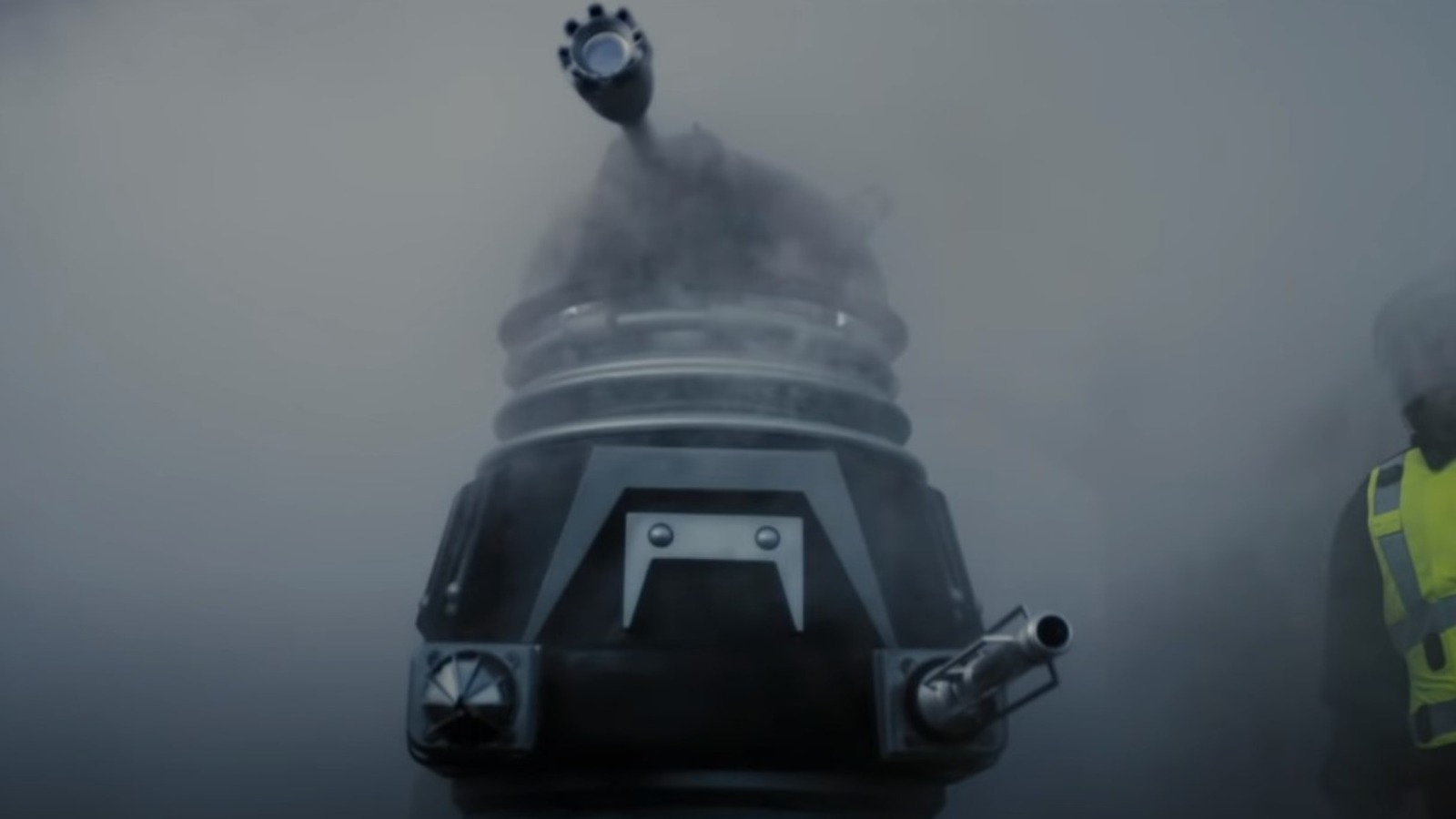 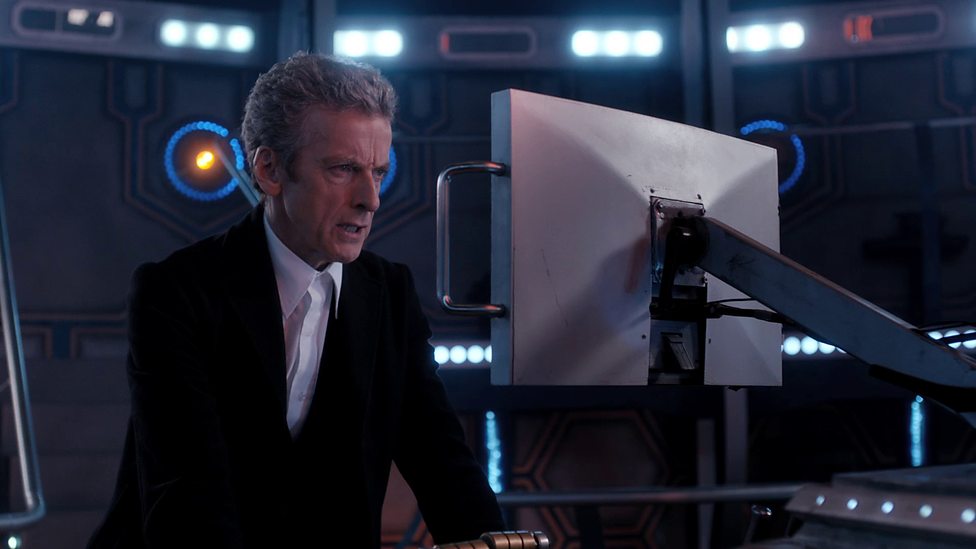