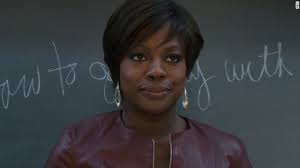 The Fall 2014 TV schedule is right around the corner. We’ve got your list of premiere dates, so you don’t miss a beat. September and October are going to be super busy!!! So sit back with your pumpkin spice latte and find out when your favorite shows premiere, right here. Photo Credit: ABC/ How To Get Away With Murder

Ian Somerhalder and Nikki Reed Dropped Almost A Grand At A Sex Shop!!