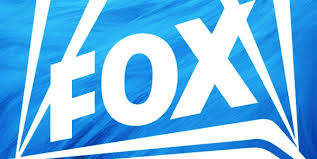 FOX has a few good possible drama lineups! We already know that Gotham got the greenlight. What other shows will join the Fall 2014-2015 schedule? Which ones are you most excited to see?

Home
A thriller from Jerry Bruckheimer, Home delves into the secrets lingering behind the facade of a suburban family. Bruckheimer will executive-produce with Jonathan Littman and Heroes‘ Aron Eli Coleite, who will also write.

The Middle Man
In 1960s Boston, FBI agent Rudy MacAteer is tasked with taking down the Italian Mafia with the help of a confidential informant, Irish-American mobster Mickey Flood. MacAteer’s efforts inadvertently give rise to the Irish Mob, as he finds himself bending the rules by which he is governed. Ben Affleck will executive produce with writer Medium‘s Glenn Gordon Caron.

Dead Boss
Based on the U.K. series of the same name, this comedic mystery stars overachiever Helen Stephens (30 Rock‘s Jane Krakowski), who has been wrongfully convicted of murdering her boss and forced to rely on her train wreck of a sister to prove her innocence. Patricia Breen (Suburgatory) will write and executive-produce with Aaron Kaplan (Terra Nova). Cedric Yarbrough, Amy Sedaris, Rachel Dratch, Justine Lupe, David Cross and Ravi Patel will also star.

Fatrick
When he realizes his life isn’t quite where it should be, Patrick (Zach Cregger), a 30-something moving man and former fat kid, is forced to face the damage caused by years of being Fatrick: a chubby little kid just trying to survive. Apartment 23 creator Nahnatchka Kahn will write and executive-produce the pilot, directed by Descendants screenwriters Nat Faxon and Jim Rash. Ray Ford, Marcia Cross, Trevor Larcom, Dante Hoagland, Audrey Scott, Bayne Gibby, Lucy Rust and Marc Evan Jackson will also star.

No Place Like Home (formerly known as Here’s Your Damn Family)
A mom (Malcolm in the Middle‘s Jane Kaczmarek) who has been single for two decades traumatizes her stunted thirtysomething son with a little surprise — she just got married and her new husband Mike (David James Elliott) and his three teenage children are about to move in. Big Bang Theory‘s Johnny Galecki will executive-produce the comedy from Romantically Challenged‘s Ricky Blitt. Jon Heder, Natasha Bassett, Peter DaCunha and Brendan Meyer will co-star.