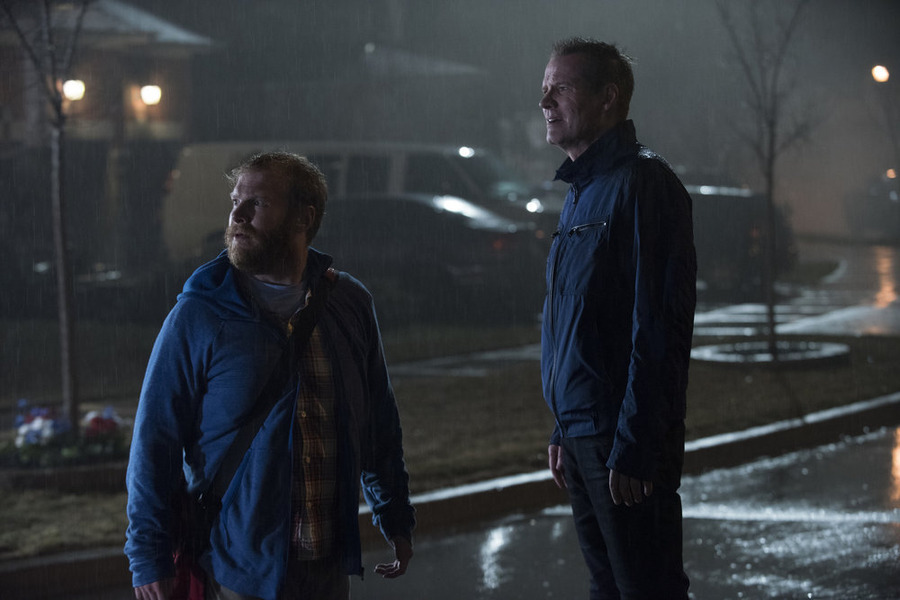 This episode takes place 5 years after the events of the original series where the world witnessed Claire Bennett make the giant leap off the ferris wheel and revealed her powers of healing. Today EVO numbers have skyrocketed to the point where ordinary people fear the evolved.

The hatred is intensified when a horrific explosion rocked the Unity Summit in Odessa, Texas, on June 13, 2014. Officially, Dr. Mohinder Suresh was labeled a terrorist, was implicated as the mastermind of the attack. One year later since the catastrophe, EVOs have been vilified around the world. Many have been forced underground, others brutally pursued and rounded up, forced to register, jailed or killed. A growing vigilante movement means every EVO’s life is at risk. When Tommy, a teenage boy with powers of teleportation, attends an underground support group meeting, he narrowly escapes death at the hands of Luke and Joanne Collins. The pair is out to avenge the death of their son who was killed on June 13th, and wastes little time in gunning down the evolved humans at their meeting.

Meanwhile, Noah Bennet is leading a quiet life following the death of his daughter Claire on June 13th. That is, until he notices a stranger stalking him. He gets the drop on Quentin Frady, a conspiracist who lost his sister Phoebe in the wake of the Summit. Quentin knows that Bennet once worked for Primatech, a company acquired by the tech giant Renautas.

HRG finds an old business card for an optometry shop called Lumiere Opthalmology and follows the clue to find his old friend René, aka The Haitian. The two former partners agree to meet in a parking lot. HRG hopes René can reveal what really happened at the Summit on June 13, the day Claire died; HRG has no memory of the event. But before he can ask questions, René tries to choke HRG to death. HRG struggles with a gun, accidently shooting René. With his dying breath, René explains that HRG asked René to kill him. With his former partner dead, HRG realizes Quentin may be the only one who can help him discover the truth behind June 13th.

In the frozen wastelands of Canada, Malina, a mysterious young girl, stands before a brightly colored sky, an aurora during the day. She appears to be controlling the display with her hands; she declares, “I can’t control it much longer.”

In Los Angeles, a returning war hero named Carlos learns that his brother, Oscar, has been leading a double life as El Vengador, a crime fighter. After his brother’s death, Carlos decides to continue his brother’s crime-fighting mission – and to avenge his murder.

In Tokyo, a young woman named Miko Otomo is found by a man named Ren, who tells her he found her address after completing a level in the video game Evernow. He recognizes Miko as a character from within the game, Katana Girl, and explains that the character wields an ancient sword (with a familiar symbol). Later, Miko uncovers that same sword hidden in her missing father’s office. When she pulls the blade, she is transported into the video game and immediately begins slaying attackers before reappearing in her Tokyo apartment before an astonished Ren.

Young Tommy tries to settle down in Carbondale, Illinois, attending high school and falling for Emily, a fellow student who gives him a job at her ice cream shop. When Joanne and Luke track him down and threaten Emily too, Tommy unleashes his nascent power of teleportation, sending Luke and Joanne off into thin air. Unbeknownst to all of them, Luke and Joanne have been transported into the bowels of the Primatech ruins in Odessa, Texas, where Renautas has a secret facility. As Luke and Joanne are trying to figure out where they are, HRG and Quentin are stumbling upon that same facility, intent on unraveling the mystery of their loved ones’ disappearances.

During the live tweet session I had the chance to clue you in on all that has transpired leading up to the premiere. I hope you all found it insightful and helpful for those who just got into the series. But there is always more to come as there are only 11 more episodes to go in this miniseries. Here’s a sneak peak at what’s to come. 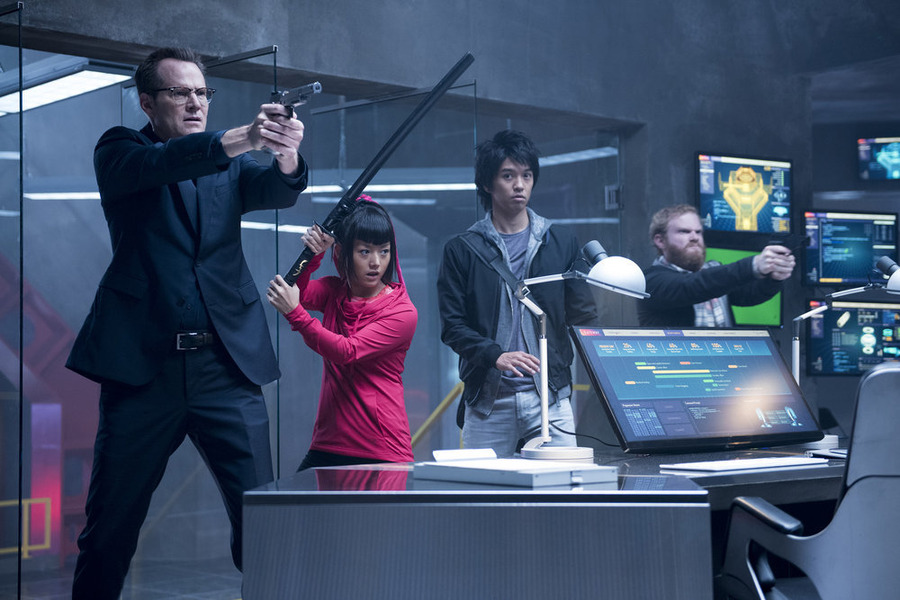 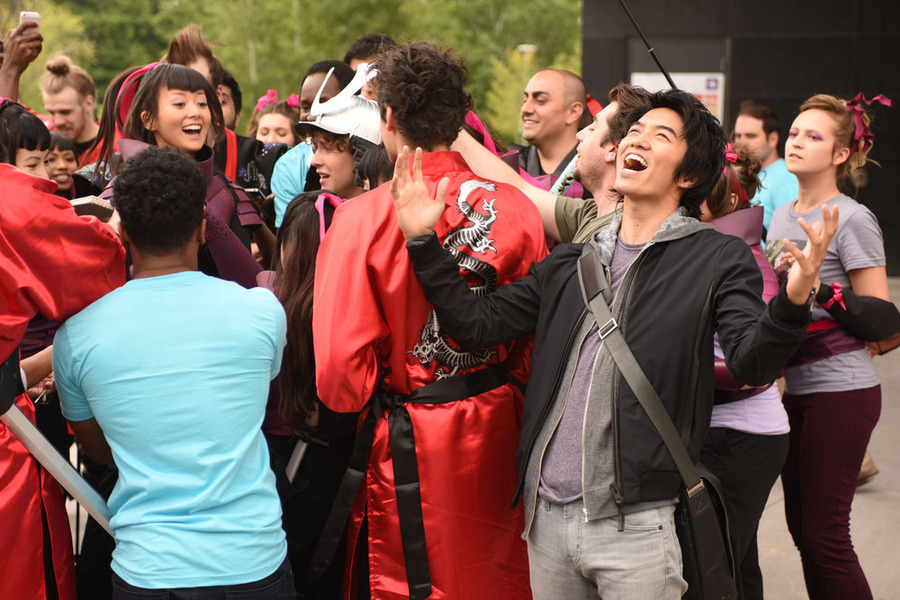 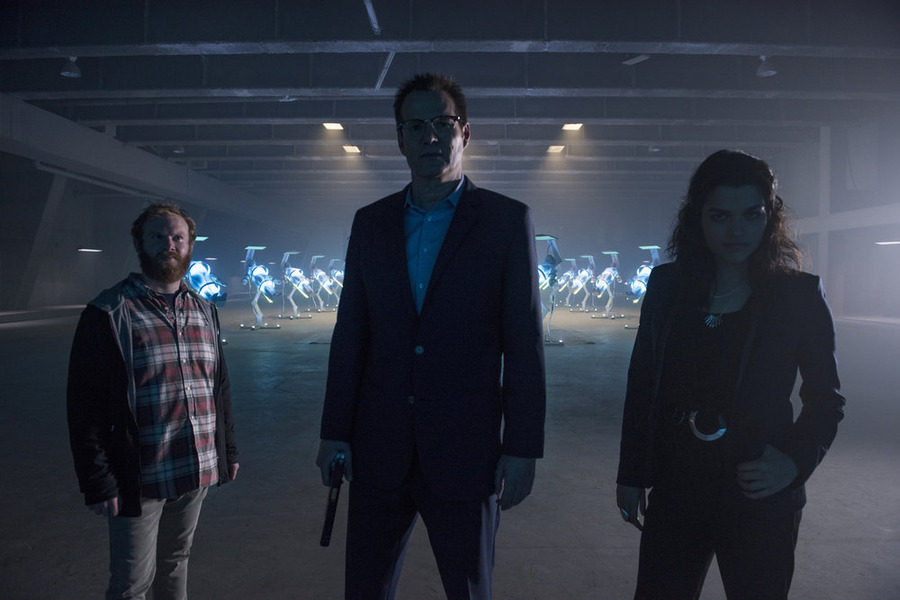