How to Watch ‘Hamilton’ on Disney+ this Fourth of July

This July, you’re getting the best seat in the house for Hamilton and you aren’t paying hundreds of dollars for it!

On July 3, Disney+ will begin streaming the Lin-Manuel Miranda smash Broadway musical, which follows the life of Alexander Hamilton and the Founding Fathers.

The version of the original production was filmed at the Richard Rodgers Theatre on Broadway in June of 2016.

While you’ll be able to enjoy it from your living room, Miranda has gone out of his way to give you full Broadway experience. He tweeted the screen-adaptation will feature “whole show, every note & scene, & a 1-minute countdown clock during intermission.”

Hamilton will be available to Disney+ subscribers. You can stream it on online or on your streaming devices.

How Much Does Disney+ Cost?

You can snag a subscription with on-demand access annually for $69.99 per year or monthly for $6.99. The annual membership saves you about $14 yearly. This gives you access to all of Disney and Marvel content!

You can also get the bundle with ESPN+ and Hulu for an additional $12.99 a month. Bundling the three gives you a 25% savings or roughly $5 bundled rather than subscribing to each service separately.

Miranda recently revealed the screen adaptation will be exactly the same as the stage performance sans two swear words. In order to qualify for the “PG-13” rating, the film must not have more than one swear word. The rating warns of “language and some suggestive material.”

Is It Worth My Money?

Disney has an extensive catalog and much like other streaming services like Netflix, Hulu, and Amazon Prime, it adds new content monthly from classic films, shows and cartoons, animated films, and brand new originals.

For those who like Hamilton, Disney+ also offers the stage-to-screen film adaptation of Newsies. And if you’re looking for more of Miranda’s work, Disney+ is streaming the reboot of Mary Poppins and Moana.

Netflix Documentary ‘Athlete A’ Review – A Difficult But Important Story

‘Fuller House’ Season 6: Is the Door Open For Another Reboot? 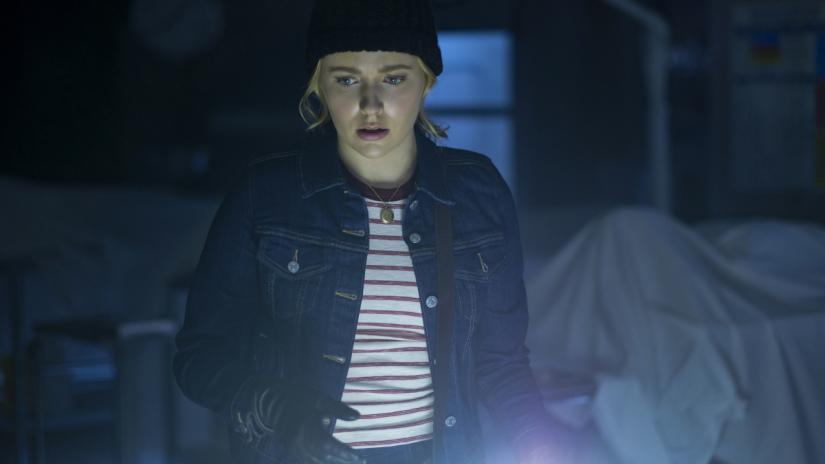 Nancy Drew was an intriguing addition in 2019.

Many of us were familiar with the teen detective from the books, but The CW’s character took on a life of her own mainly due to Kennedy McMann’s fresh take on the character.

She’s clever, witty, outspoken, independent, and ready to solve any mystery that arises. Plus, the Drew Crew is always ready to follow her wherever the spirt world may take her.

With plenty of calculated mysteries, jump-out-of-your-seat scares, and jaw-dropping twists, the series rapidly rose the ranks from newcomer to must-watch. It’s hands-down one of  The CW’s best shows!

As we await the coronavirus-delayed second season, let’s take a look at some of the biggest twists of Nancy Drew Season 1.

Just as Nancy Drew gave in to her feelings and found love, Owen Marvin was brutally murdered. Initially, fans assumed Owen’s death was the result of Nancy and her friends summoning the Aglaeca and not paying the blood toll. Yes, the Aglaeca latched onto Owen during the spell, but Nancy and the Drew Crew were able to pull him back without losing too much blood. The real killer was, surprisingly, of the human form — Lucy Sable’s brother Joshua. Owen died protecting his girlfriend. Their romance deserved a chance and this is a major loss to the series. 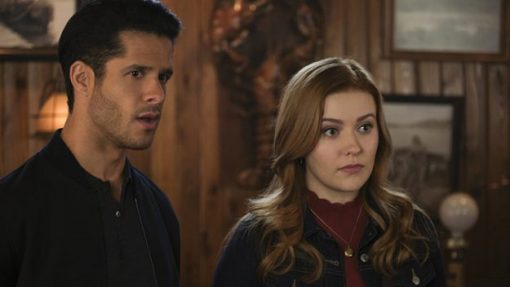 The Truth About Lucy Sable’s Death

The mystery of Lucy Sable’s death turned out to be something no one expected. Hoping to clear her father of murder charges, Nancy went to Lucy’s old house with Ryan Hudson and dug up her diary where she learned that Lucy wasn’t killed. In the entry, she confessed to stealing a knife from the Drew household and detailed her plan to end her own life because she was pregnant with a baby she couldn’t keep. She was also threatened by Everett Hudson. Nancy suspected her mother, Katherine, of killing Lucy and ordered a DNA test that revealed the mother of all secrets: Lucy was Nancy’s mother. This explains why she was haunting her the whole time! Right before jumping off the cliff, Lucy handed the baby (Nancy) to Katherine and Carson Drew who took her in and skipped town only to return when she was a teenager to avoid raising any suspicion. 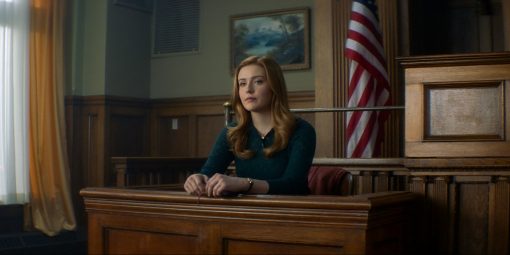 Lucy and Ryan had a torrid love affair that his parents were desperate to break up. Nancy was the first to realize it and spent the whole day with Ryan sleuthing. He eventually figured it out after finding her locket that contained her baby photo which looked eerily similar to Lucy’s baby picture. Let’s just say it led to a pretty awkward encounter with Carson. 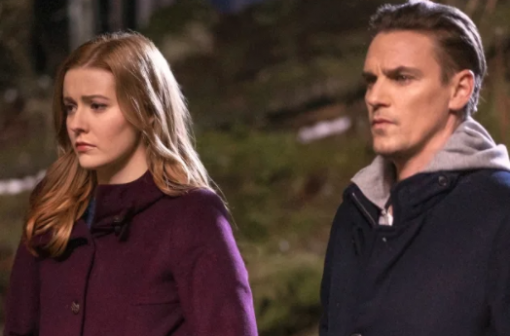 Carson Drew arrested for the murder of Lucy Sable. It was a theory Nancy was mulling over, but she never planned for it to see the light of day. Unfortunately, she left her diary wide open and Carson’s now-ex-girlfriend, Detective Karen, stumbled upon it and arrested him. Yep, the ultimate betrayal. For a while, it was unclear if Carson was actually a good guy or not, but all of that was cleared up in the finale. He may have lied to Nancy about her parentage, but he was doing it for a good reason. He definitely wasn’t a murder. Well, for now. 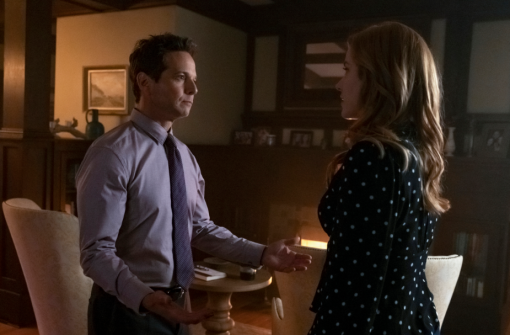 Aside from Lucy Sable’s murder mystery, Tiffany’s death was one of the core mysteries on the series. And as with most great mysteries, the answer was staring us right in the face. Ryan Hudson was considered a suspect in Tiffany’s death since he was the common denominator in both Tiffany and Lucy’s demise, but the twist came when it was revealed that he was the intended target rather than Tiffany.

After retracing the steps of the fateful night at The Claw, Nancy realized that Josh, Lucy’s vengeful brother, was hoping to get his revenge on Ryan for his sister’s untimely death. He snuck into the restaurant and poisoned a salad he knew Ryan would order. However, Ryan sent the salad back and instead of tossing it, Ace, Bess, and George accidentally served it to Tiffany. Tiffany’s death was a complete accident and if one of the events had gone differently — Ryan didn’t show up, Bess dropped the salad, etc. — she would’ve been alive!

Bess is a Marvin

In the fourth episode of the series, we learn that Bess isn’t who she said she is! Her name is Bess Turani, she has a British accent, and she believes she’s a descendant of the Marvin clan. This is the moment when fans truly start to question if anyone is actually telling the truth in this series. Later episodes prove that she is a Marvin, after all, but that might not be all that’s it’s cracked up to be. In the finale, she accepted Aunt Diana’s invite to live at the mansion, but with the Marvin’s, everything comes with a price. Is Bess ready to pay? 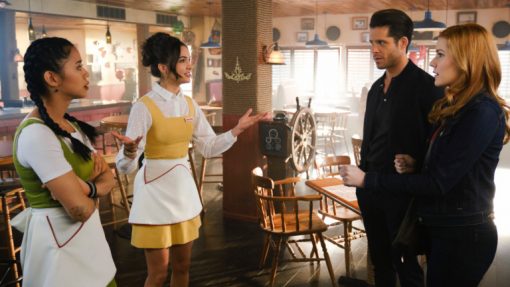 Lisbeth is an Undercover Agent

There was something suspicious about Lisbeth from the get-go, but who would’ve thought she would be revealed as undercover state police who was pretending to be a driver for the Hudsons because she was investigating them! Lisbeth was worried that her cover would be blown, but the Drew Crew promised to help her keep her identity a secret. Bess and Lisbeth even broke up so that she can show the Hudsons her loyalty. By episode 11, Lisbeth helped Nancy trap Mr. Hudson in a confession that led to his arrest at a Marvin-Hudson dinner party. Don’t mess with Nancy! 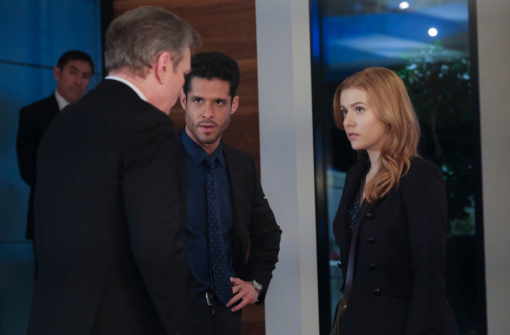 What other big twists would you add to the list? 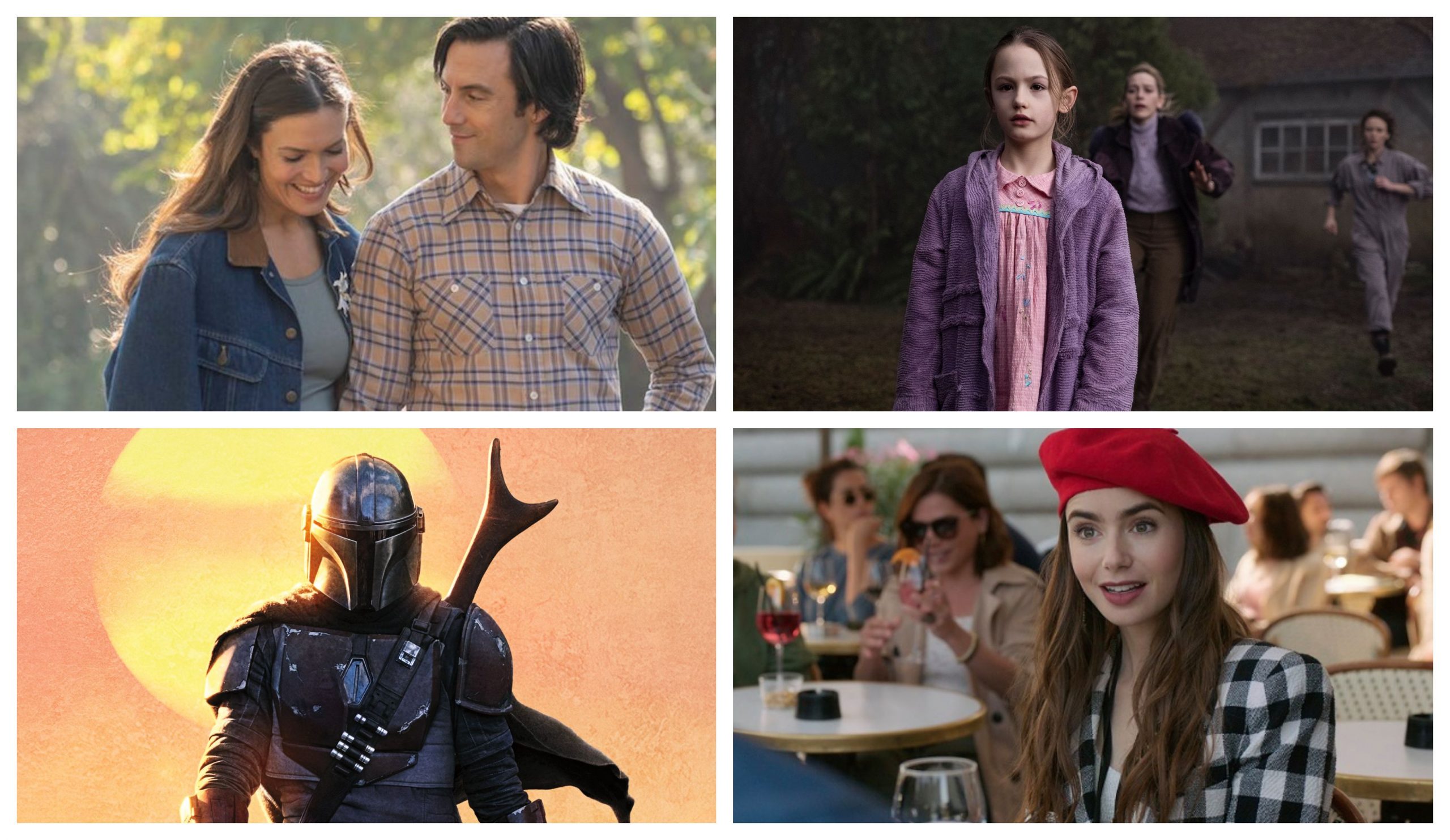 The breeze is blowing in the chills and thrills of October. And don’t worry, networks and streaming services are prepared with an artillery of content that you’ll enjoy under your weighted blanket with your apple cider donuts and pumpkin spice latte.

Honestly, I’m impressed with how much good television is coming our way this month.

Check out our guide of what to watch this October!

Based on the 1938 novel of the same name, the Netflix original finds young newlyweds, played by Lily James and Armie Hammer, arriving at her husband’s estate on the English coast where they find themselves battling the ghost of the man’s first wife, Rebecca

Adam Sandler brings all his quirkiness into his first-ever live-action Halloween film with a star-studded cast. Seriously, who isn’t in this movie? Sandler stars as Hubie Dubois, a Halloween fanatic and town joke, who becomes their only chance at solving a real-life murder.

The second installment in the franchise is finally upon us. It’s loosely based on the 1938 horror “The Turn of the Screw” by Henry James and equally as frightening as its predecessor The Haunting of Hill House.

With a modern Goosebumps vibe, the film finds a babysitter embarking a mission to save the child she’s babysitting afters an abduction by monsters.

If you’re a fan of horror anthologies, Monsterland is right up your alley. The series, based on stories from Nathan Ballingrud’s “North American Lake Monster,” focuses on characters who have strange encounters with mythical creatures.

If Halloween isn’t your thing, don’t worry — Netflix is gearing up for the holiday season early with “The Holidate starring Emma Roberts and Luke Bracey. The duo pretend to be a couple for the holiday’s to avoid all the pesky “why are you single” questions from the family, but as with all rom-coms, they soon learn that romantic feelings trail not far behind “friends with benefits.”

If you’ve been missing Younger, look no further than Emily in Paris, a 10-episode sitcom about a Chicagoan who moves to Paris to work at a huge marketing label and learns to navigate love, French culture, and a boss that’s out to get her. Grab the croissants!

After taking home every single award in the comedy department at the Emmys, including all the comedy best acting categories for the first time in history, Schitt’s Creek’s final season will be available to stream on Netflix. Find out how the greatest sitcom in the world ends!

Star Wars fans – the wait for the second season of The Mandalorian is upon us! Not much is known about the season, but you can be sure it will continue to trail the adventures of the titular lone gunfighter and his sidekick, Baby Yoda (aka The Child), in the galaxy far, far away.

The wait is over as the singing competition returns with Gwen Stefani, Blake Shelton, John Legend, and Kelly Clarkson as the coaches. But take note — COVID is making them social distance!

The Johnson family is back and they’re tackling voting and the election in their latest promo!

The Conners return for a third season and just like us, they’ve been affected by the pandemic!

The series is based off the 1979 book of the same name and follows what would become America’s first reality show following Mercury Seven astronauts and their families ahead of Project Mercury.

America Ferrera, who announced she was leaving the show after season 5, will return for season 6 as the previous season ended prematurely due to COVID.

The Pearson family is back (and earlier than expected) and will hopefully give audiences plenty of answers about what’s to come. 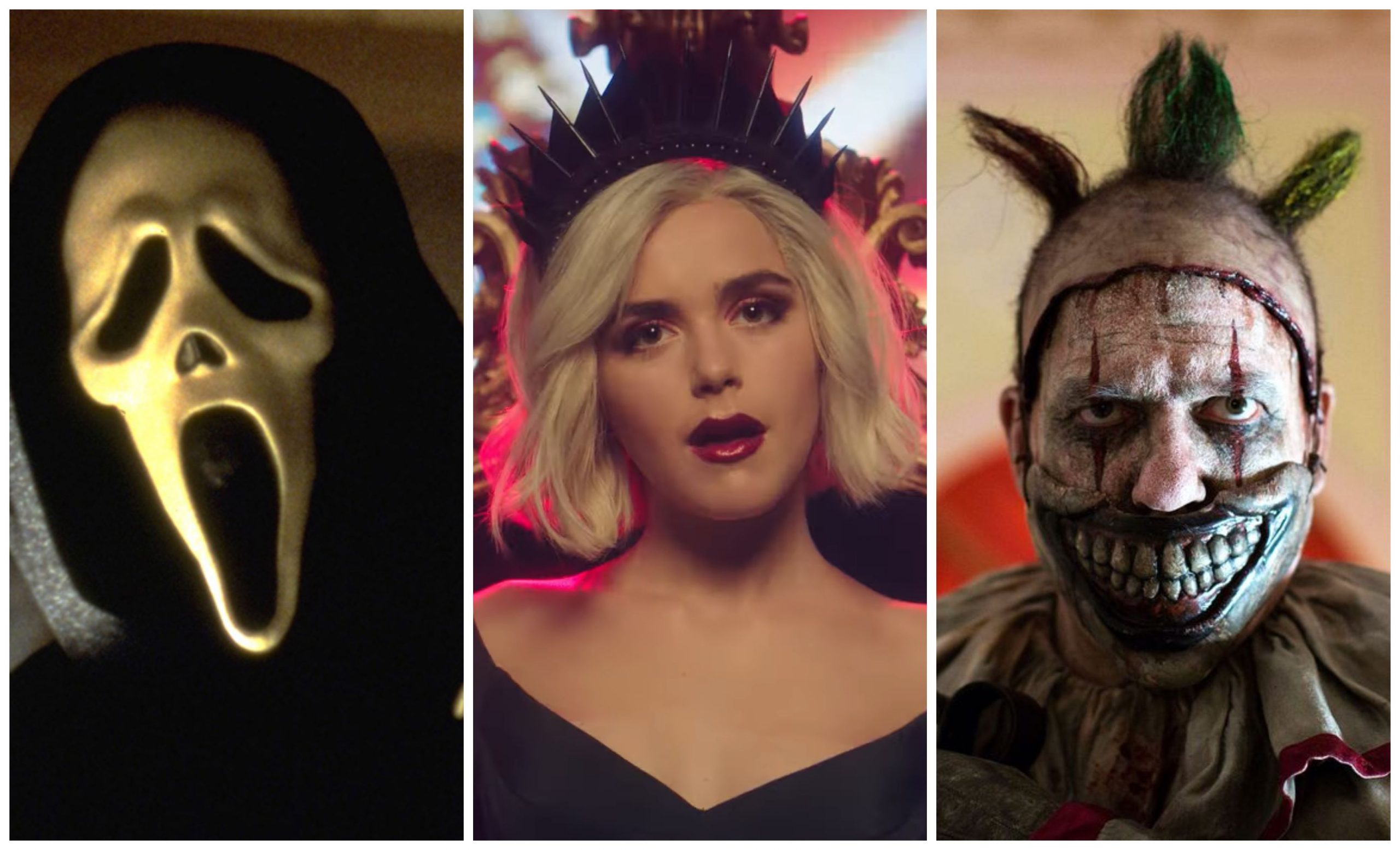 The best part about fall, aside from the copious amounts of pumpkin-flavored items hitting store shelves, are the spooky TV shows and movies.

While there aren’t any outright Halloween TV shows, per se, there are plenty that offer up a bone-chilling thrill.

We want to know what shows you love to binge watch during the October months!

Let us know in our poll:

Don’t forget that you can also get your ghoulish-fix with Freeform’s “31 Nights of Halloween” lineup or throw it back to the 90s and early 00s for some spooktacular episodes!