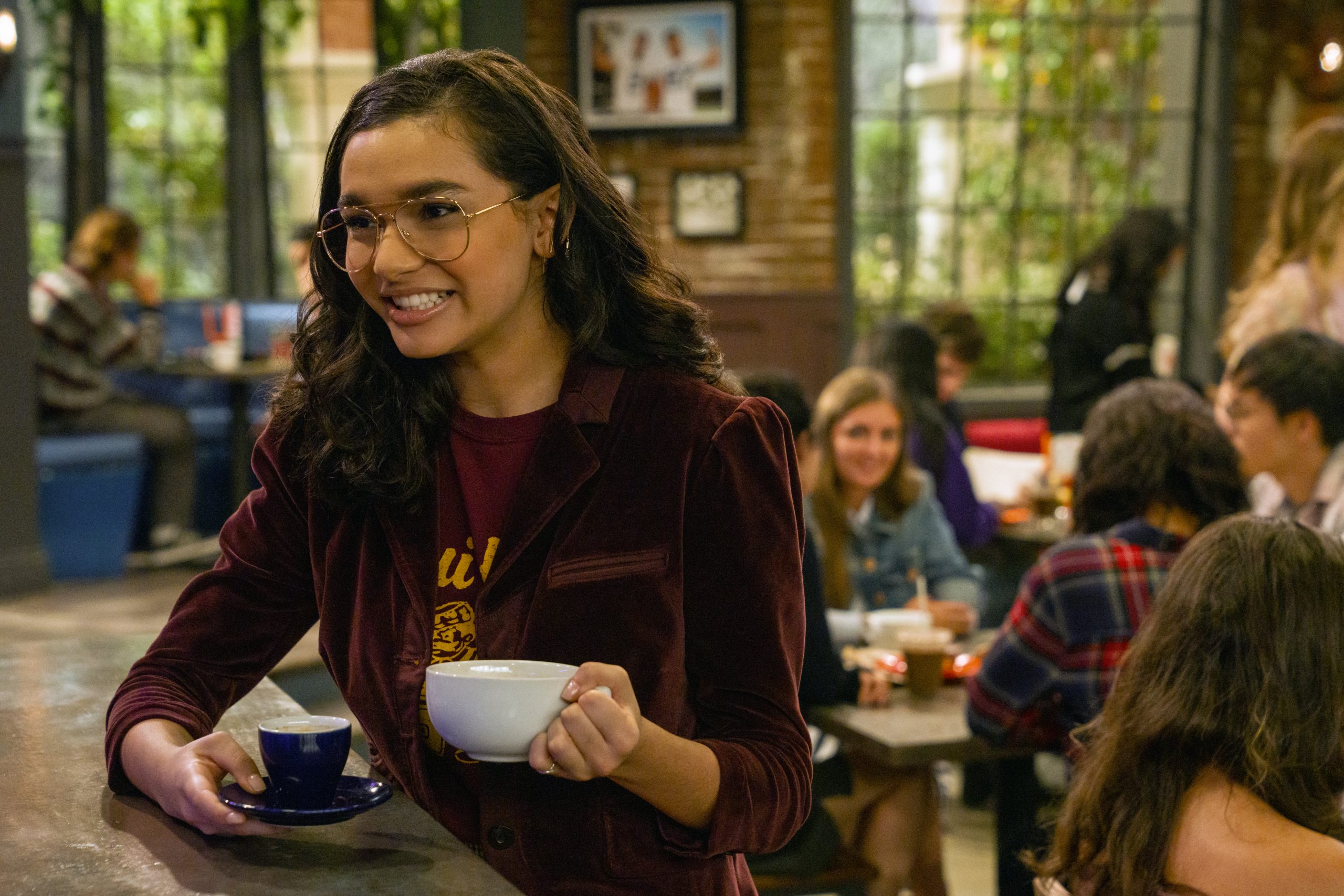 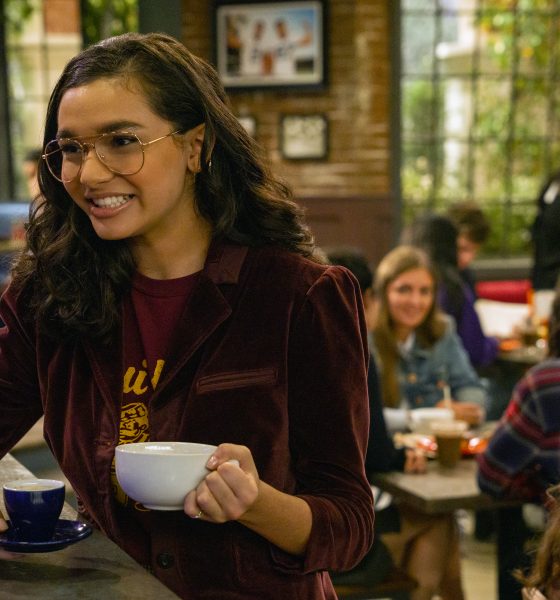 The Expanding Universe of Ashley Garcia

Paulina Chávez is an actress you want to keep on your radar.

The 18-year-old is gearing up for the release of the second season of her Netflix series The Expanding Universe of Ashley Garcia, where she continues to break stereotypes playing a teenage robotics engineer with a Ph.D. who scores a job at NASA.

Additionally, she’s starring in the upcoming Lifetime Christmas film titled, Feliz Navidad, one of the first films to return to production amid the pandemic!

CraveYouTV spoke to Paulina to get some teasers about the upcoming second season premiering on July 20th on Netflix, the holiday film, what it’s like being on set while maintaining COVID precautions, and more!

Check out the interview below:

Congrats on the second season! I’m super excited to watch it.

Season 1 f left off of the cliffhanger with Ashley and Tad – what can we expect there when season 2 pick up?

Oh, I don’t know what I can say… but I can say that there are new romances, friendships, and relationships. And Ashley is learning how to deal with these new emotions, and it’s a fun journey.

She’s learning how to be a teenager and getting that teenage experience, what wild situations will she find herself in?

Maybeeeee. You’ll have to wait and see! There’s a lot of fun stuff. The trailer just dropped recently, so I can tell you a little bit. Ashley and Tad actually go on a date and they’re having fun!!!

I don’t know how much I can tell, but again, she’s dealing with new emotions including failing for the first time, so that’s going to be a fun journey.

Definitely! The show is so fun, but it’s also refreshing and necessary during a time where diversity and representation is very important. You play a young Latina robotics engineer with the whole job — how do you feel bring someone so important to life?

It’s an honor and it’s surreal. She is amazing and there are so many Ashley Garcia’s out there, my sister being one of them! She is a civil engineer, my older sister, and she’s someone I look up to. And it’s all about Latin representation, we need to tell more positive stories about them and break the stereotypes, and Ashley Garcia is a stepping stone to that.

Is that what drew you to the role?

Of course. At the time when I got the audition, there weren’t a lot of Latinx shows out there. I think the only one that comes to mind was Jane the Virgin. So when I read it, I was immediately captivated because she was an intelligent Latina at 15-and-half-years old and it captivated me. And I know that by having the show out, it inspired our youth to do incredible things in the future and pursuing careers in STEM because we need them! We need more women, we need more Latinos in STEM.

We definitely do. Eva Longoria produced a few episodes! What was it like working with her? Are you a huge fan?

It was a dream come true!  I remember the first time she came on set, it was a surprise. She wasn’t supposed to be there, I was still mentally preparing to meet her and she showed up out of the blue and I almost cried!  And I mean just watching her in action, she does it all! She does acting, producing, and directing. She inspired me to, in the future, produce and direct, and I’m excited for those days to come!

So are we! But now, we’re in the middle of summer and you’re filming your Lifetime Christmas movie.. and during a pandemic! Can you tell us a little more about that?

Yeah, we actually just wrapped about a week ago. We shot that for 3 weeks in Nevada. It’s a lot of fun, but of course, we were taking all the precautions necessary! Everybody was wearing a mask and we were hand-sanitizing every 30 minutes making sure everybody’s clean and we were having the COVID test every week for those 3 weeks so 3 COVID tests, which was so fun!

our set medic taking care of us during covid hahaa #FelizNaviDAD

Not that comfortable but necessary, right?!

It is necessary, but no, not comfortable at all! And the only time we weren’t wearing masks was when we were having lunch but again social distancing. Six feet apart. And, of course, when the actors were on camera. It was a crazy experience, but I was happy to be working.

Yeah, I’m sure it’s exciting to be back after taking so much time even though you do have to take all these precautions!

Oh yeah, I’m really happy when I’m working. When you’re doing something you love you don’t work a day in your life!

But you do work with Mario Lopez on The Expanding universe of Ashley Garcia but also he plays your dad on the Lifetime movie. How is it working with him in these two different worlds?

Oh my goodness. I really didn’t have a chance to work with him on Ashley Garcia. I think I had a couple of scenes with him, but being on Feliz Navidad with him, that was fun and interesting. I learned a lot about him and he learned a lot about me and he is like my fun, older, annoying brother.

with the dad in #FelizNaviDAD

That’s awesome and then I heard that you’re recording your first EP with Jen, who plays Tio Victor on the show.

Oh, yeah, we haven’t recorded much yet. Because of COVID everything is on standby, but we are hoping to go to LA and record, record, and release something soon!

What advice would you have for young actors who are going through the audition process and not booking the roles? What would you tell them?

Never give up and always keep working at it. Never stop growing. Always take those classes. I know right now in San Antonio there’s this wonderful lady Natasha who was giving free actual classes for a week and that’s amazing. It was every day, you learn something new as they touched on a different subject. You take those classes and you learn from them! And what I have learned is don’t be afraid to try different acting coaches. You have to because you take what you want from each and every one of them and you broaden your horizons. Always work hard and have self-discipline.

I know being a teenager and also balancing your career could be challenging. You really want to go to a party but you also have a job to do and submit your audition, what are you going to do? You wanna go for the long run or go to that party? And I’m not saying don’t have fun at all, but pick and choose your battles. Like if that audition was just something you never wanted to do, it was maybe something too hard for you like to “touching” if that makes sense. It touched on a subject that you did n’t really want to touch on just yet in your career, then yeah, do what you are comfortable doing, do not feel like you have to do something because your agent sends you something, okay?

Stay positive and surround yourself with positive people!

I feel like that’s such an Ashley Garcia answer!

You can watch The Expanding Universe of Ashley Garcia on Netflix now!