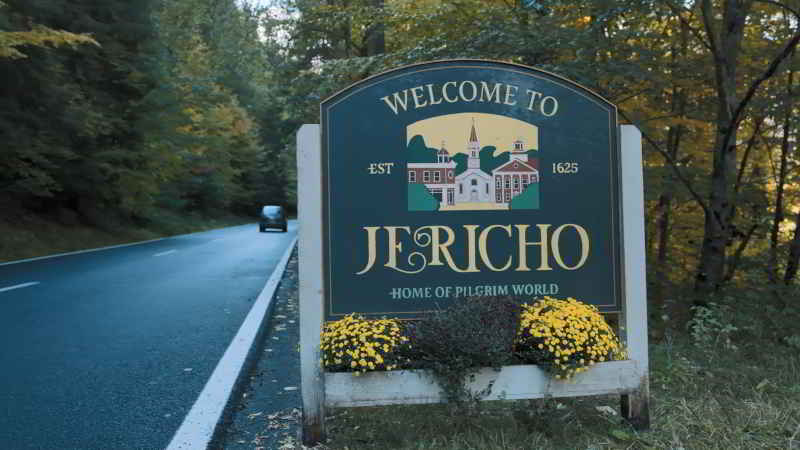 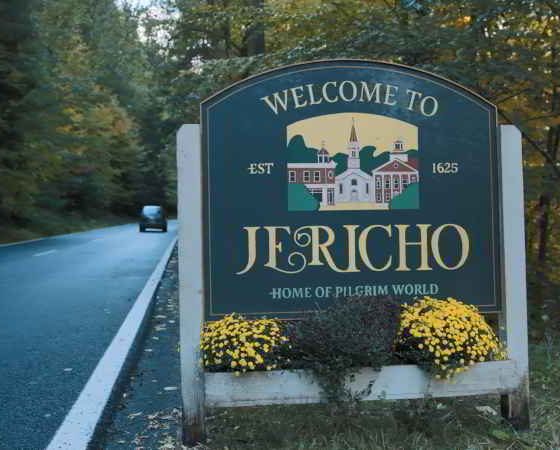 Why Does Jericho on ‘Wednesday’ Look So Familiar?

Wednesday has taken the world by storm, particularly, the eerie setting at the Nevermore Academy.

However, it’s the town of Jericho, where all the “normies” live, that has people talking, especially fans of a few The WB/The CW shows.

From the moment Wednesday Addams, played by Jenna Ortega, steps foot in the town square (founded in the 1600s by Joseph Crackstone) on The Addams Family Netflix spinoff, many fans felt as though they recognized the charming town from other shows, namely Gilmore Girls and Superman & Lois.

Yet, the surprising revelation is that Jericho does not use either set!

The town in the show is inspired by Jericho, Vermont, but it is not actually filmed there. The original filming location chosen was in Toronto, Canada, but the creative forces decided they wanted something that better reflected Tim Burton’s goth vision, so the production was moved to Romania, with most of the show being filmed in the city of Bucharest and the region of Transylvania, according to Marie Claire.

But since the sets were hand-built at Buftea Studios, a film studio in Romania, it’s not entirely out of the question that they would have drawn inspiration from other small towns like Stars Hollow and Smallville.

You can even see the set that was built out on Google Maps. 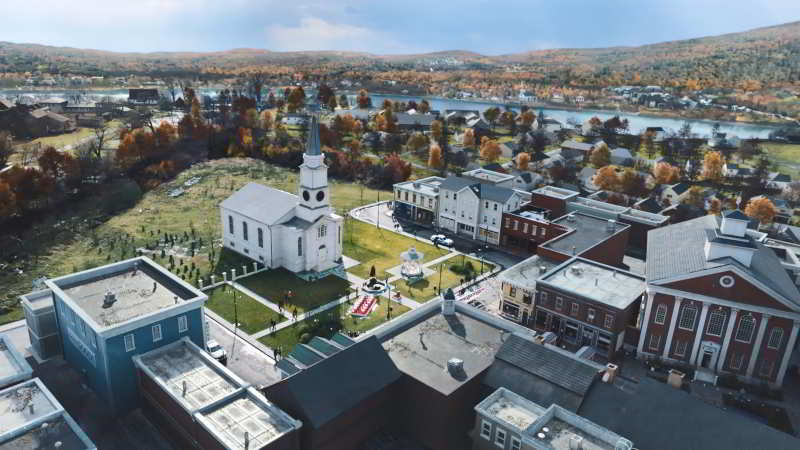 After all, there are a lot of undeniable similarities between Jericho, Stars Hollow, and Smallville, right down to the fact that all three of them have a Harvest Festival.

It’s possible the series wanted fans to feel a sense of familiarity when stepping into the town square to balance out the supernatural aspects. There was nothing mysterious about the town square, which offset the dark vibe of the Nevermore Academy. You never expect anything bad to happen in such a tight-knit community.

Or, as one fan on Reddit pointed out, it’s possible that they matched the set intentionally to the one at Warner Bros. in Los Angeles (where Gilmore Girls was filmed) in the event they ever needed to shoot any additional scenes. Superman & Lois is filmed in British Columbia, Canada at the Vancouver Film Studios, though it’s supposed to represent a small and quaint town in West Kansas that’s home to many supernatural occurrences.

Another fan suggested that since Jericho is supposed to be in New England, it’s not entirely surprising that Stars Hollow played such a huge influence, especially since it’s an iconic town in New England.

Even Burton commented on the difficulties, stating, “Trying to make Romania look like Vermont was an interesting challenge, but we managed to find many new locations. And in the studio, I had the space to create the sets, so it was great to be able to do that. We had enough space to [do] building exteriors, respectively to build the city of Jericho. It’s as if the sets come to life, and that supports the entire atmosphere of the series.”

Bottom line is, fans now have another fictional town to add to their bucket list!

Did you know that Sweet Magnolias and The Vampire Diaries were also filmed in the same town square?

Here’s How You Can Stream ‘Top Gun: Maverick’ For the Holidays

Is the McBaguette from ‘Emily in Paris’ Real?