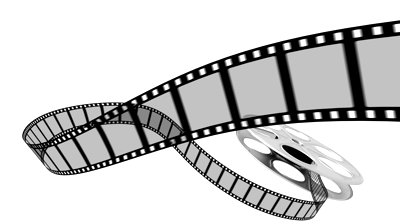 This past weekend marked the end of the Summer Movie season. So let’s recap what I was able to witness. From the return of the webslinger to the rebirth of the king of monsters, from four guys under a street lamp to the godfather of soul. Some of the movies this summer didn’t disappoint. All leading up to the Guardians of the Galaxy to save a summer that was in turmoil for the box office. Yes I did monitor the box office numbers and I got to say it was disappointing. Even attending the movies on opening weekend I thought would be a glimmer of hope for the movie making business. But after reading comment after comment on many of the message boards of various news agencies I can tell that the general public hates going to the theaters these days. Yes I understand that prices are outrageous. Especially at the many theaters that I shot in front of in the latest review on the show. I’ve been to many great theaters across the nation and I hope that someway or another that people can somehow reconnect to the magic at the movies. Lets face it, Netflix and Hulu yes they have digital movies but they are seen on a small screen. Yes, I count the TV as a small screen too. But the magic of the movies deserve to be seen in a big screen. Take some of this summer’s biggest blockbusters like Amazing Spider-Man 2, Transformers Age of Extinction or Guardians of the Galaxy. All three of these films grossed in the millions two out of the three however I happen to enjoy the other not so much because of lack of story. Those were edge of your seat adventures that everyone should watch. Okay I’ll say just skip Transformers. The other two watch for the adventure and the special effects which were tirelessly constructed by the many artist that are still unsung even after the movie is over. Oh and include Godzilla and Edge of Tomorrow. Seriously people, also some of the musical movies like Jersey Boys and Get on Up yes they have potential to be great films and great soundtracks. Plus one of them was an actual musical…seriously I know people hate musicals but at least give them a chance. Some of the movies that I thought were good ended up flopping at the box office one such example was Edge of Tomorrow. My fellow critics and I enjoyed it but the numbers were pretty disappointing. Maybe it was because of poor marketing or maybe people had better plans in their heads on what to watch. This summer has been a bit slow. Yes there were some good movies and yes most of what came out of this summer were sequels and book adaptations and to everyone’s mind thinks that Hollywood is running out of ideas. We still have the rest of this year to decide whether this year was a good year for movies. Yes we had some good ones that made a lot of money yes there were originals that were hits but we also need to remember that some movies indie or not need their time to shine otherwise the Academy is going to have a lot of angry fans come next year. So I wouldn’t go as far to call this summer the failed summer at the box office. But its up to all of us movie goer or not to decide what is good to watch. Forget about how much the tickets cost watch the movie and enjoy.

Joachim’s Movie of the Week: The Maze Runner

Joachim Movie of the Week: The November Man