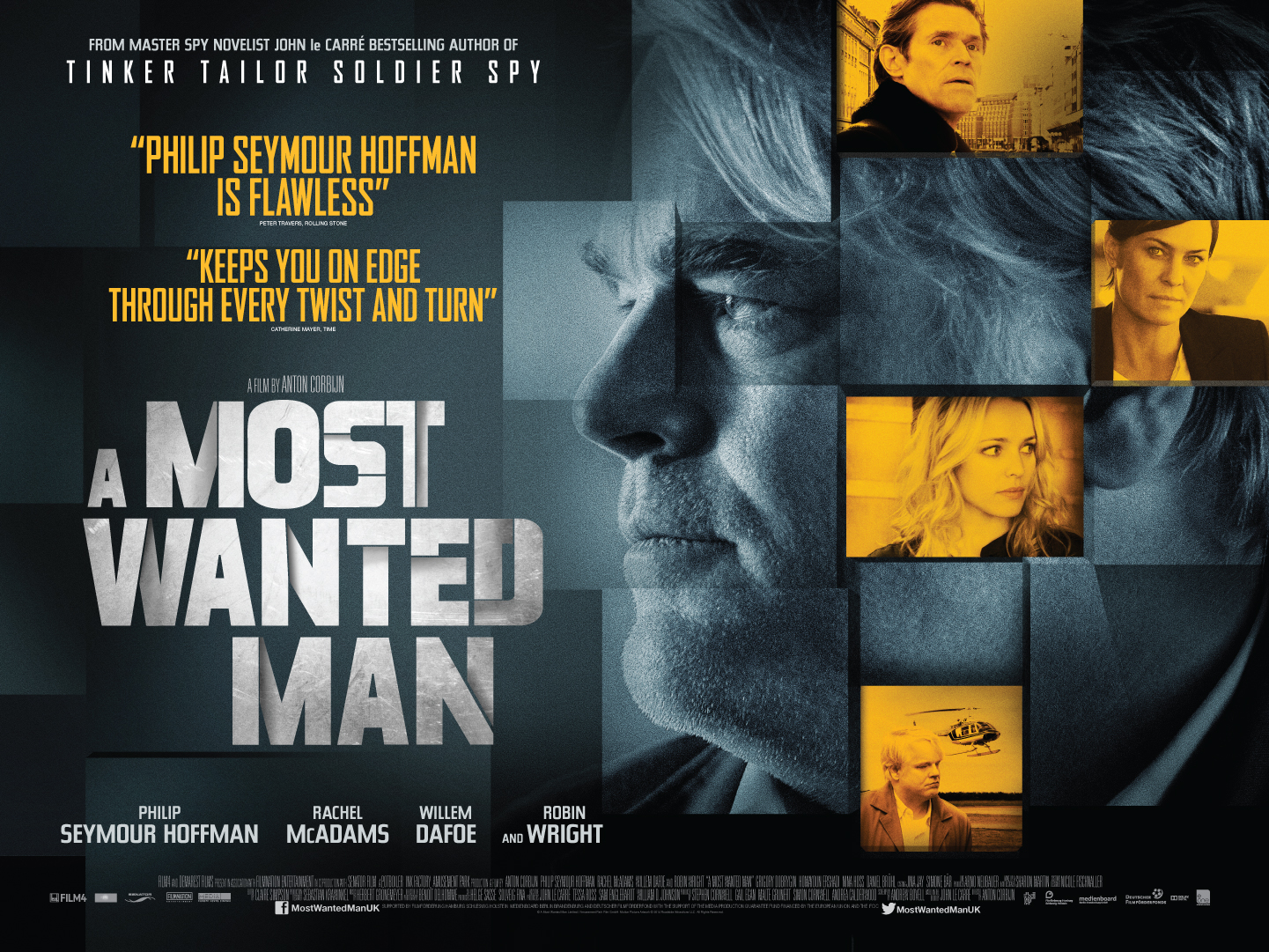 Joachim’s Movie of the Week: A Most Wanted Man

One of Phillip Seymor Hoffman’s final performance puts us in the middle of the spy game. Based on John le Carré’s novel, When a half-Chechen, half-Russian, brutally tortured immigrant turns up in Hamburg’s Islamic community, laying claim to his father’s ill gotten fortune, both German and US security agencies take a close interest: as the clock ticks down and the stakes rise, the race is on to establish this most wanted man’s true identity – oppressed victim or destruction-bent extremist? Hoffman plays Günther Bachmann a German intelligence agent hell bent on taking in this most wanted man.

In this two hour film I learned two things one, the spy game has certainly changed in the last decade since 9/11 specially how we as a country act between our allies in joint missions across the globe. The second thing and I’m not trying to give away too much in this film but I will say the fact that America is portrayed as the bad guys in this film. If you want to make this a third thing I thought it was a little two long. With a run time of 122 minutes or for those that need a better time frame it’s 2 hours and 2 minutes I thought we would get to some good nitty gritty parts. It become like the Oscar nominated film Tinker, Tailor, Soldier, Spy where it becomes long drawn out and doesn’t get to the thrilling part till the end. Although I admire the work Hoffman did with this film it was one I didn’t enjoy all the way through. I give A Most Wanted Man a 2 out of 5 stars and a skip it.

Joachim Movie of the Week: The November Man

Joachim’s Movie of the Week: Get On Up