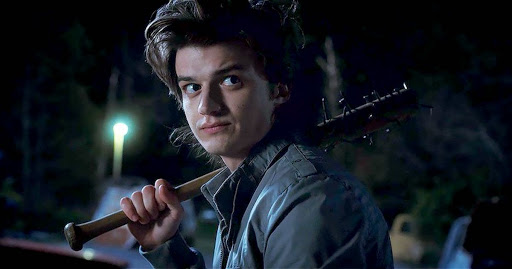 Demogorgons, Mind Flayer’s, the Upside Down… with all that inhabiting the small town of Hawkins, Indiana, it’s hard to imagine that things could possible get any scarier.

Joe Keery, who plays “dad” Steve Harrington in the Netflix series Stranger Things that things are going to get much scaried in season4.

“I think that this year – and I know I say this every single year – but this is definitely going to be a lot scarier than prior years, because last year was pretty dark,” he insisted.

Maybe that’s because going into season 4, the threat is very real and needs no CGI… the Russians.

The Russians made their debut on season 3 when they tried to open up a portal to the Upsidedown under Starcourt Mall before they were outsmarted and effectively stopped by a group of teens.

However, that didn’t stop the Russian soldiers from not only getting their hands on a demogorgon but also on our beloved Hopper.

The season 3 cliffhanger left fans wondering whether Hopper survived the blast or not, but a teaser that debuted on February 14, 2020 revealed he’s very much alive and has been captured and put to work at a prison camp by the Russian.

With the series creators and showrunners teasing that the series will be venturing out of Hawkins, Keery’s claims that the upcoming season will be darker may prove true as the teens and Joyce battle to save Hopper on Russian turf.

Sadly, we don’t want to get our hopes up because there’s no word on when we can expect a new season, especially in light of the coronavirus pandemic.

Stranger Things had to shutter production on the season due to the outbreak, and thus, the premiere is likely being pushed back.

Stay tuned and follow CraveYouTV as we’ll update you the minute any news breaks!