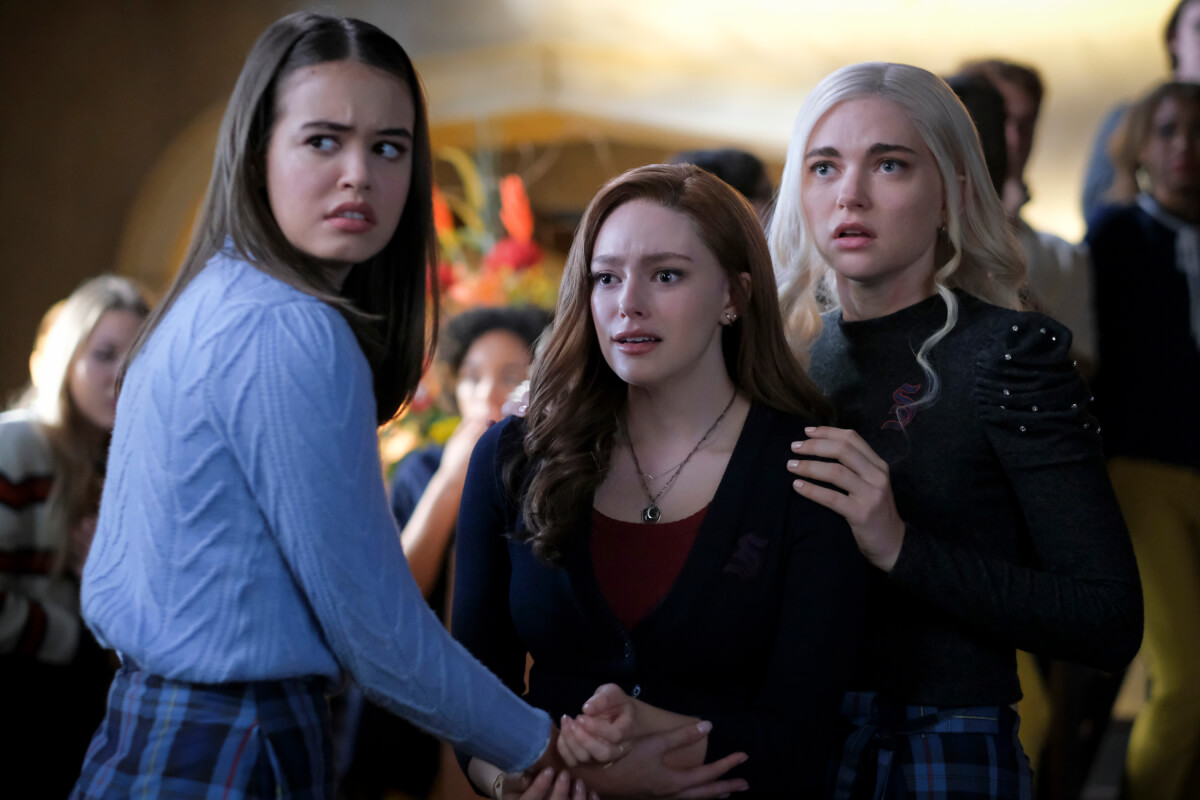 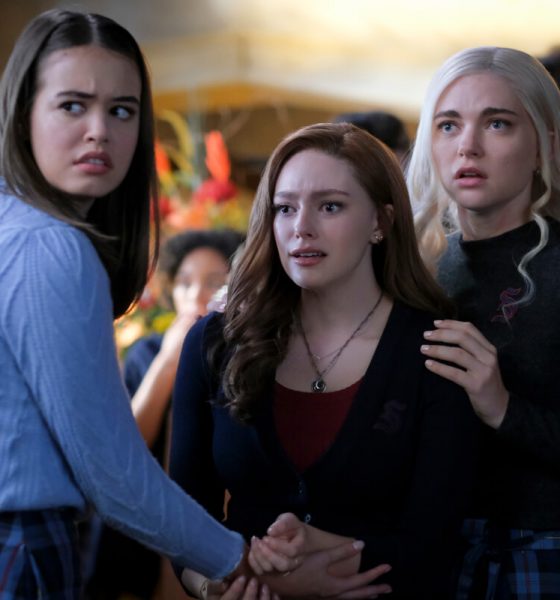 Legacies Review- Do You Believe In Fairies? (2×10)

Legacies’ most recent episode added a new member to the outsider’s club at The Salvatore School. Aside from their typical vampire/witch/werewolf factions they now have one tribrid, one phoenix, and one fairy in the form of the criminally underused character Wade.

This episode picks up right where we left off last week: a qareen has invaded the school and is preying on everyone’s insecurities. Our newest monster decides to pick on the world’s worst roommates first. New character Alyssa Chang and Hope are still not getting along and an attempt at patching things up at the school’s annual Coven Day goes awry. This episode delves further into Alyssa’s backstory and it becomes clear that she’ll be sticking around for a while.

I personally like Alyssa and think she has great potential in the show. However, I don’t understand this sudden influx of new characters on Legacies. Most of this episode is spent developing Alyssa and Wade’s characters when many of our main characters haven’t had the chance to develop themselves. We still know very little about Landon and Rafael hasn’t been seen in quite some time. Why don’t we focus on making the characters we already have a bit more three-dimensional before throwing new ones into the mix?

Luckily, the qareen is the perfect monster to help us learn some more about our favorite characters. Hope’s recurring insecurity is avoiding looking weak (very reminiscent of an original hybrid I once knew). Lizzie’s afraid that she wasn’t enough for Sebastian and that’s why he left. Kaleb and Jed are shown getting into a fight because they’re insecure about who’s tougher.

But, my absolute favorite part of the episode was when Landon and Hope were both infected by the qareen and finally saying to each other what they’re too afraid to say normally. Hope admits that she doesn’t think Landon should be a hero and he fires back saying she jumps too quick to “punching her problems away” instead of trying to solve them. While Landon apologizes later on and claims he didn’t mean what he said, Hope says that she meant every word of it. She sweetens the blow by saying she doesn’t want Landon to be a hero because the hero is never the one left standing. But I think it’s definitely worth noting that the qareen only magnifies how you’re feeling, it doesn’t create insecurities. Maybe I’m biased because I’m not a big fan of the Hope and Landon relationship, but it seems to me that Hope doesn’t have a lot of faith in Landon.

I didn’t really either until tonight’s episode. Landon put himself at risk to prove what he thought was true: that Wade is a fairy. I don’t know why Legacies keeps adding in new mystical creatures, but this one could’ve done with some better CGI. It was kind of exciting to see Landon doing something useful and it paid off in the end. Landon being in danger and fully believing in Wade triggered his turn into a fairy, and Wade was able to defeat the qareen for good. A fairy was the key to defeating this week’s monster. Go figure.

Aside from making people say what they really feel or become who they really are, the qareen’s main mission is to steal the sand clock full of black magic for the Necromancer. However, Lizzie and Josie have come up with a plan to get rid of the sand clock for good. They want to create another prison world (like the one Kai Parker is trapped in) and stick it in there. All the witches band together to create a new ascendant and successfully send the sand clock to a new prison world where it’ll stay for good…or so they thought.

Alyssa Chang had other plans. Throughout this episode, we get flashbacks of critical moments in Alyssa’s life. Her childhood house burnt down and her parents’ both died. Most likely her inability to control the powers she has led to that tragedy and the guilt stayed with her. We see her acting out as she grows up at The Salvatore School, making enemies of the Saltzman twins. One time she goes too far and puts Lizzie in real danger. We see Alaric and Emma discuss sending her away but give her the option to erase her memories for a new start instead. She takes the deal but when Josie did the spell to bring everyone’s memories about Hope back, the memories of her past came back as well.

In the final moments of the episode, Alyssa confronts Emma about what she’s done to her and “other kids” (hopefully we learn more about them later on) and reveals that she sabotaged the spell. She sent Alaric and the twins to the other prison world where Kai currently resides. Surprisingly, when the Saltzman family realizes where they are, they aren’t greeted by Kai, but Sebastian.

How is Lizzie going to react to her dad’s betrayal? Who else is in this prison world? Will Hope be able to save the Saltzmans in time?

Next week we’ll hopefully see more of the prison world Josie and Lizzie created when they were kids while The Salvatore School deals with Cupid right in time for Valentine’s Day.

Let us know your predictions for next week in the comments! 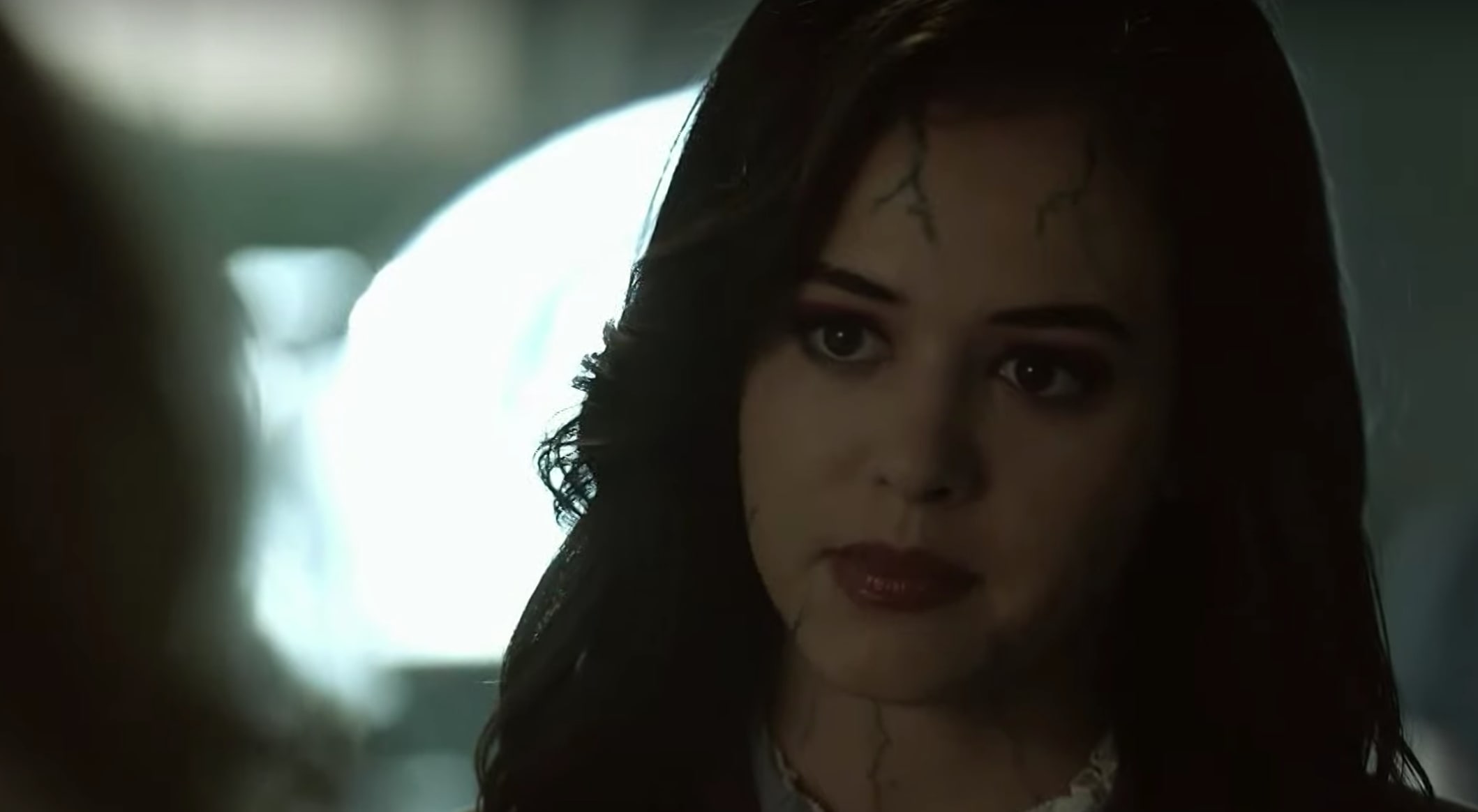 This week’s episode of Legacies featured Landon as a Phoenix, Dark Josie, and the end of Kai Parker.

hope on her way to save landon and then remembering josie and lizzie are in trouble: pic.twitter.com/ab15uruSD3

be my valentine pls i won’t beg i’ll only ask 27 times #legacies pic.twitter.com/QKwsxh66RO

is it hope and the twins’ show or is it landon’s i lit can’t tell at this point….. can the girl do anything that doesnt revolve around him? is that possible? pic.twitter.com/Z2YcsZTBIU

Just once I’d like to see Hope actually BE the most powerful witch in the world that she is meant to be and was prophesized in The Originals #legacies pic.twitter.com/qzgOs3snbM

lizzie and kai didn’t get a single scene together pic.twitter.com/ucGtJL2y2X 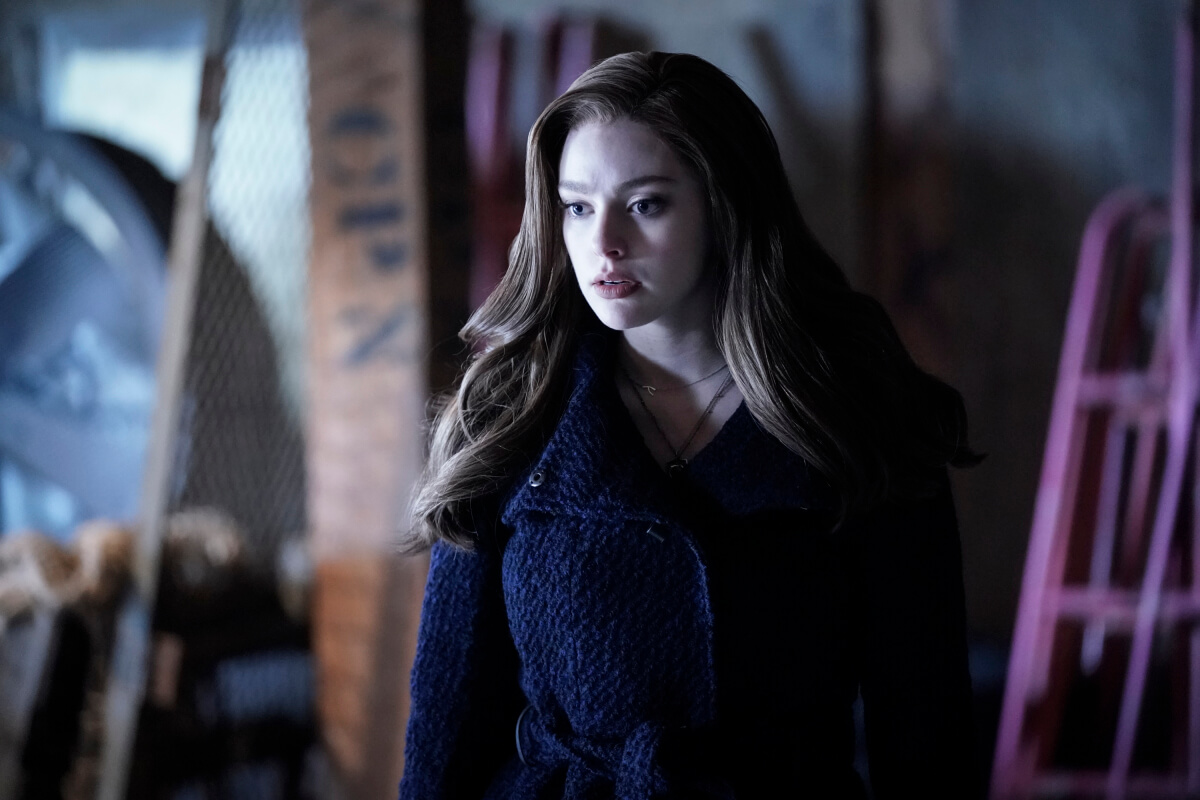 After last week’s fantastic episode featuring the return of Kai Parker, Legacies picks up with Kai now officially out of the prison world.

Aside from that,  I’m not totally sure what he’s trying to do here. Is he just trying to screw with Ric? We know he wants to demolish the prison world and the Saltzmans along with it, but did he have a game plan for after that?

Regardless, this episode’s pacing kept me on the edge of my seat the entire time.

The episode title “You Can’t Save Them All” was a pivotal theme of the episode’s main conflict.

Kai forces Hope to choose between saving Landon or saving everyone stuck in the prison world.

I never doubted for a minute she would choose the Saltzmans over him, but I do feel bad for the Hope and Landon shippers right now. I’m sure it was partially a numbers game, saving six versus saving one, but even if it was just one Saltzman versus Landon, I think he would’ve been a goner.

She doesn’t have a lot of family left, so I would imagine she’d go to any length to rescue the man who stepped in to help raise her. She’s recently become really close with Lizzie, and her and Josie have always had a special relationship. I don’t think he can compete with that.

I really thought Landon’s time on this show might’ve been up this episode. But alas, he lives another day. He had a prophecy and a powerful heretic working against him and he still prevailed. He’ll never be on Hope’s level of hero, but he has come far.

Also, it rubbed me the wrong way that we didn’t see any hints that Landon cared about Josie being stuck in the prison world. He was obviously trying to help Hope rescue them, but it’s like the show forgot those two characters had a relationship this season. You would think he’d care more about someone he was once so close to being in danger, but we only really got to see Hope’s concern instead of his.

I’m glad Lizzie didn’t die and become a heretic yet. I think she should in the future, especially to avoid the merge, but I want it to be her choice, not Sebastian’s.

I’ll admit I was surprised we got any semblance of redemption from Sebastian. Him choosing to stay behind to be the anchor to another world felt all too familiar, but at least this is someone who deserved what he got.

I’ll miss seeing Thomas Doherty on my screen, but I think the show will be better off with him gone.

This was the episode where we finally got to see Dark Josie in all her glory. I loved her transformation with the dyed hair and weird veins protruding out of her face. It’s cheesy-looking but fun.

It reminded me so much of Elena when she shut off her humanity. There’s nothing more exciting than seeing the ultimate good-girl character turn evil. It’s fun to watch.

I’m glad she’ll be sticking around. I was going to be really disappointed if they’d teased this plotline for so long and abandoned it within an episode. Especially since she’s so powerful. She brought back memories of Kai and opened a door out of the prison world. Who knows what she can do?

Also, was I supposed to get a flirty vibe between Josie and Jade at the end? I don’t like it. Jade knew Josie as a kid, so it seems too weird for me. Also, Hope is right there. Her and Josie have the most chemistry on the show. I don’t know if its Danielle Rose Russell and Kaylee Bryant or if the writers are headed in that direction, but I’m totally on #TeamHosie.

Unfortunately, for the time being I think Chris Wood’s appearance on Legacies has come to an end. Alaric’s “This is for Jo” was a perfectly cathartic moment to say goodbye to such a great character. He brought out the best in Legacies and made me miss TVD more than ever. Please come back soon!

Who do you ship Alyssa with?

Do you think Kai will return anytime soon?

What do you think of the prophecy?

Legacies will return March 12th on The CW. Until then, let us know in the comments what you think of the season so far.

This week’s episode of Legacies featured the return of Kai Parker and the end of Lizzie and Sebastian’s relationship.

josie: you screwed me over

me enjoying the prison world ep but missing hope pic.twitter.com/D4O1pwXpvJ

alaric really locked up teenagers for killing a couple of people while he used to be best friends with damon……….make it make sense

just realized lizzie gotta feed to complete her transition and the only human in the prison word is alaric pic.twitter.com/921CSwNiml

sebastian calling lizzie his dead ex’s name after giving her his blood without her consent and then her pretending to kiss him and instead k*lling him… #legacies pic.twitter.com/7cFAsj8607

To whom it may concern:

Kai Parker is an incredibly upstanding individual whom you should most definitely trust with your life in times of impending doom.

Bon Bon coming back to mystic falls to put Kai back in his prison world : #legacies
pic.twitter.com/M4zNRRG5DD

Caroline coming back from Europe to find half of her school missing, Josie a dark witch, Lizzie a heretic, and Kai Parker loose under Alaric’s leadership #Legacies pic.twitter.com/hWfGSBKo0H

alaric to jo: bae can i pleeeasee name one of our kids after my ex https://t.co/d6OwYqzOYT