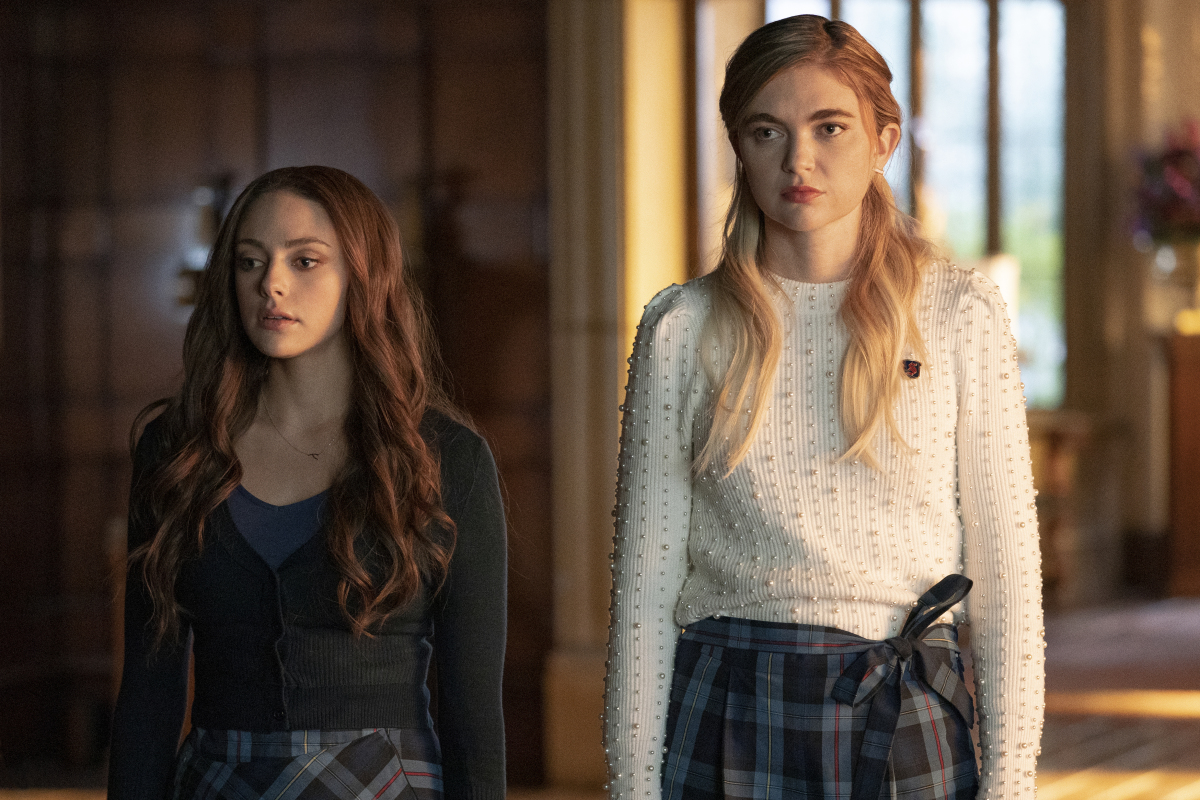 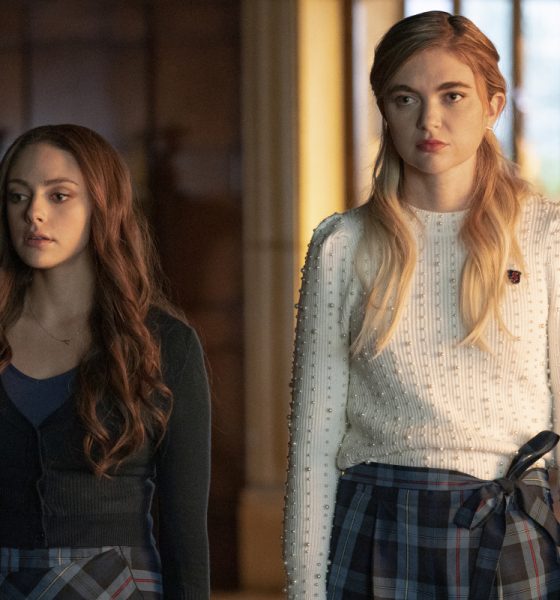 To whom it may concern, Legacies needs an overhaul.

There have been some decent episodes in season 3, but they’re few and far in between; the majority of this season has been a snoozefest.

Do you know how none of the new incoming students were interested in signing up for a new semester at the Salvatore School? That’s because the school, which was supposed to be the Hogwarts of Mystic Falls and helped mold the minds and powers of a new generation of kickass supernatural creatures, has become lame with a capital L.

Not even the remaining students like Hope, Lizzie, and MG were able to sell the narrative that this is a fun or safe place to be.

The school for the young and gifted has no curb appeal, just like there’s barely any appeal to continue on with this season. Even Josie jumped ship to go to Mystic Falls High.

Hope is a tribrid who has so much potential and yet, she’s spent most of the season (and this episode) moping around for Landon Kirby. Again.

Meanwhile, Landon was trapped inside the personal prison that Malivore created for the Necromancer, which was fittingly an ice cream shop from hell, where the only way to free himself from the shackles of doom was to do something he’d never do. In the Necromancer’s case, he delivered the creepiest rendition of “If You’re Happy and You Know It” you’ve ever heard.

Let’s be honest, the Necromancer has overstayed his welcome, but the series continues to do itself a disservice and involve him in every plotline.

One of the few redeeming moments of this episode was when Landon pummeled him with his bare hands for all the pain and suffering he’s caused everyone and killed him. Well, at least, I think he killed him. It’s unclear what these Malivore prison world rules are, but the series is probably best off leaving him dead.

It’s not like the Necromancer didn’t have it coming. Even when Landon tried to help him while they were stuck in the ice cream parlor, the Necromancer continued to be shady by pretending to team up with Landon and then betraying his trust to save himself.

And naive Landon fell for it time and time again.

Of course, once Landon did the one thing he thought he’d never do, he was able to hop through the freezer himself, only to find out that the other side wasn’t any more promising as it took him to some fiery prison world.

I can’t even begin to explain where Landon is or how these new prison worlds work. I understood the 1994 prison world on The Vampire Diaries, but that’s also when I enjoyed prison worlds because of our good friends Bonnie, Damon, and Kai. Now, it seems like anytime the show writers find themselves in a pickle, their “aha” moment is to throw the characters into a prison world.

Much like the Necromancer, the prison world is quickly losing its appeal. Legacies really needs to learn when to let a storyline or plot just fizzle out.

Where do you think Landon is? And who is going to get the letter he wrote? How long will it take him to get back home?

Not only does Landon not have any magical powers, but he’s also never really been the brains of the operation. Maybe this is his chance to redeem himself? At the very least he’s determined to find his own way out rather than relying on Hope to find it for him. 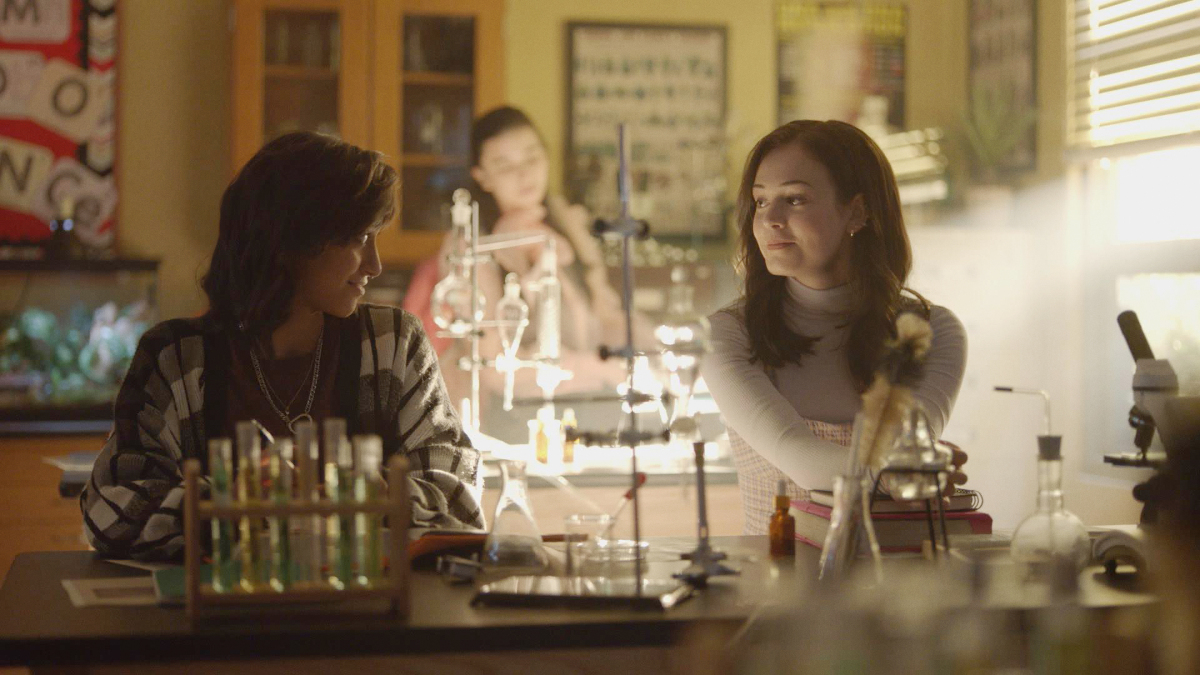 As it stands, it doesn’t look like Hope is doing much in terms of finding that solution. Instead, she was allowing herself to be haunted by the loss of her beloved bae. Her hurt was expressing itself in reckless blasts of energy that even knocked out some potential enrollees unconscious.

As I said, it’s absolutely no surprise that these students weren’t convinced to enroll in the school — and apparently, none of the other students returned because all that stuff with Josie and her dark magic and the Necromancer was just a bit too danger-zone for the parents. Fair enough.

One of the students was a young vampire that wanted revenge on Alaric, a former vampire hunter, for slaying his family. It’s not clear why this was brought up, but maybe Alaric is going to step down as Headmaster after the realization that someone who once made it a career out of killing supernatural creatures isn’t fit to run a school? I’m not sure.

Two students ended up enrolling, however: Gaby, who was convinced by Wade, her longtime online friend and D&D buddy (sure, why not?), and Cleo, who actually gave Hope some pretty good advice about dealing with all the pent-up emotional trauma. She could be one of the more refreshing additions to the series.

While Josie’s friends were struggling at the Salvatore School, she was thoroughly enjoying her first day at Mystic Falls High (where Dorian is a principal now!). But in true Josie fashion, her carefree day was cut short when she began to feel guilty about the fact that she didn’t even think twice about her old school. In lieu of supernatural drama, Josie dealt with typical high school things like her flirtatious encounters with Finch and eating lunch alone before Ethan joined to cheer her up.

QUIZ: Which ‘Legacies’ Character Are You?

I’m eager to see where Josie’s new chapter takes her because I think we can all agree that she needs a little normalcy in her life after all that she’s been through. Plus, I’m shipping any relationship she wants to pursue at this point!

And then there was MG, who embraced a new attitude of standing up for himself and doing only the things that he wanted to do. How rejuvenating!

MG has always bent over backward to please everyone around him, so it was nice to see him put himself first for a change. He told Wade he didn’t want to play D&D (understandable), he officially closed the book on Alyssa (bye, girl!), he didn’t forgive Jedd (rightfully so), and he told Lizzie he would no longer allow himself to be her last resort when she needed a pick-me-up. That last one was the hardest for MG considering his deeply rooted feelings for her, but it’s what Lizzie needed to hear if there’s ever going to be a time when these two become an official couple.

She can’t keep coming to him to fill a void simply when she’s feeling lonely. And his advice about everyone being in charge of their own happiness was also sound and gave me a brief pause. MG, when did you get so wise?

Admittedly, I couldn’t help but laugh at Lizzie’s response about her weakness leading her to do something like have sex with him. The only thing better than her comment was MG’s reaction. One day, grasshopper.

While there were some salvageable moments within the episode, it’s clear that Legacies needs to be revamped (pun intended).

However, that doesn’t seem to be happening anytime soon as the teaser for the upcoming episode indicated that all 30 of the school’s students will be dealing with yet another monster in a holiday-episode featuring an evil Leprechaun.

Since I actually enjoyed Legacies Season 1 and 2, maybe taking it back to the days where there was a monster-of-the-week will prove to be a welcome change of pace?

What did you think of the episode? Let us know in the comments below!