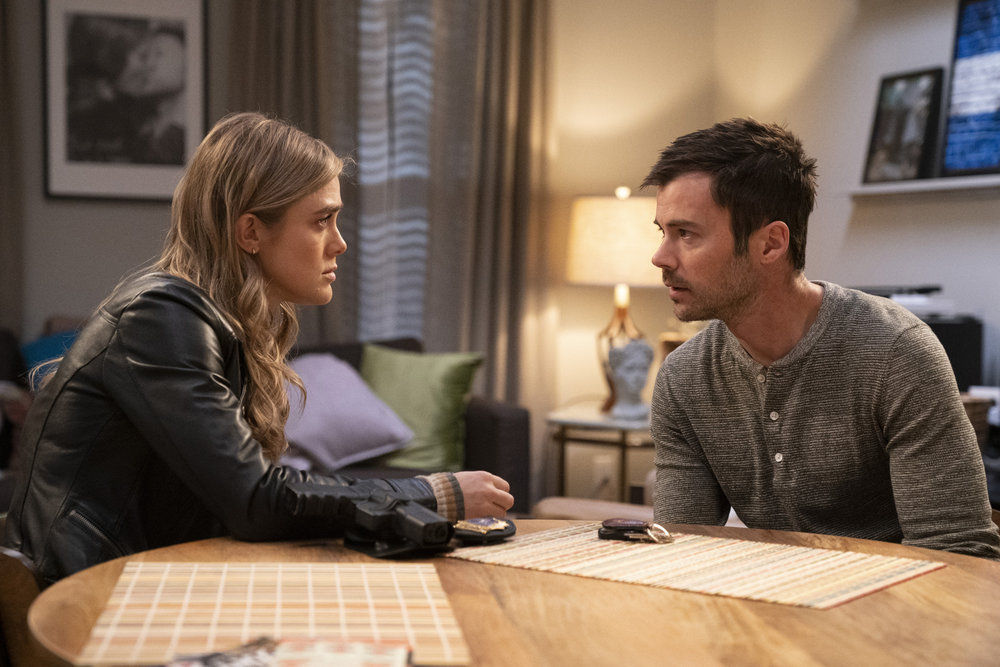 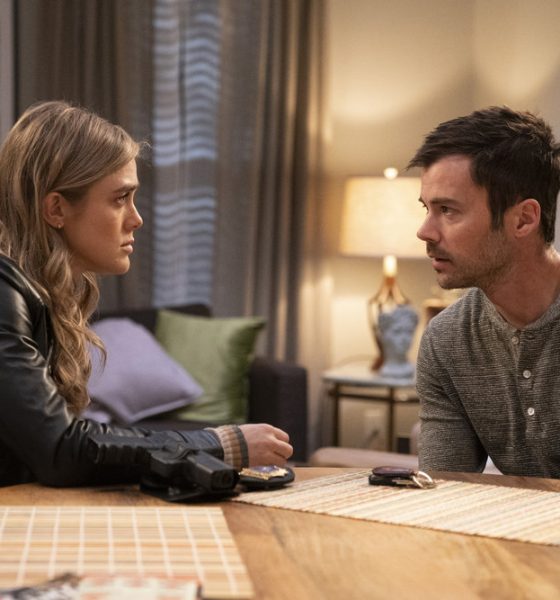 Manifest Review – TJ Is Alive in Another Miracle (2×08)

Ben, Olive, Mic, and the rest of the passengers scored a huge win on Manifest Season 2 Episode 8, but they have to remember to keep their guard up because the walls are closing in on them as the hatred and fear for “their kind” continues to bubble up under the surface.

For starters, it’s probably best that they keep everyone at arm’s length and don’t trust anyone in their home.

Ben is a kind man, but he has to be cautious because even those that seem to have good intentions can be trying to stab you in the back.

For example, Simon White, the leader of the X’ers who Ben believes is his kind boss at the University. Meanwhile, we know he doesn’t have the Stone family’s best interests in mind and proved that when he snuck into Ben’s 828 cave and took pictures of all of his findings.

Why doesn’t Ben have a lock on that door?! White got his hands on way too much information, which will only fuel his desire to put humanity first to make the nation “greater, safer, and stronger” for the humans.

According to the X’ers, the passengers threaten that mission and are walking time bombs that need to be exposed for what “they really are.” I wonder what White thinks that is exactly.

He’s not entirely wrong about the ticking time bomb part since they do have an expiration date that they’re trying to find a way to get rid of.

But other than that, White and his followers have based their accusations on nothing other than fear — they’re you’re run-of-the-mill bigoted hate group, which is dangerous.

We saw what someone who “believed” in the passengers was capable of doing, and there’s no telling how far the X’ers are willing to go.

For that reason, I think Jared is working undercover to figure out what they’re planning so that he can find a way to stop them.

Of course, to do that he had to get cozy with them, which means leaking classified information, dating Tamara, shaving his head, etc.

Related: Manifest Interview: Ellen Tamaki Talks Drea and Mic’s Relationship, If She Can Be Trusted, and the X’ers

However, he doesn’t seem very good at staying undercover because not only did Mic catch onto him but so did Drea.

I’d understand if Mic realized Jared was acting weird and different because she knows him on a deeper level and learned he was snooping around her case files, but if Drea’s catching on then it means Jared’s not doing a good job at covering his tracks.

While they really want audiences to believe Jared is a mole and a traitor, the scene between him and Captain Bowers after Mic gives her the evidence seems to prove that he’s working the case with her approval.

Billy has always been a little wary of Jared, and Mic’s visit there to rile them up gives him additional reasons to doubt him.

And it’s unfortunate because Jared was getting close — he even got some recognition from Simon White.

If it’s true that Jared is undercover, maybe Bowers should have sent someone else into the field instead. Jared doesn’t seem cut out for the gig because he has too much to lose.

The Resident Review – Pravesh Attends a Gala, CoNic’s Big Moment, and So Much Romance (3×16)