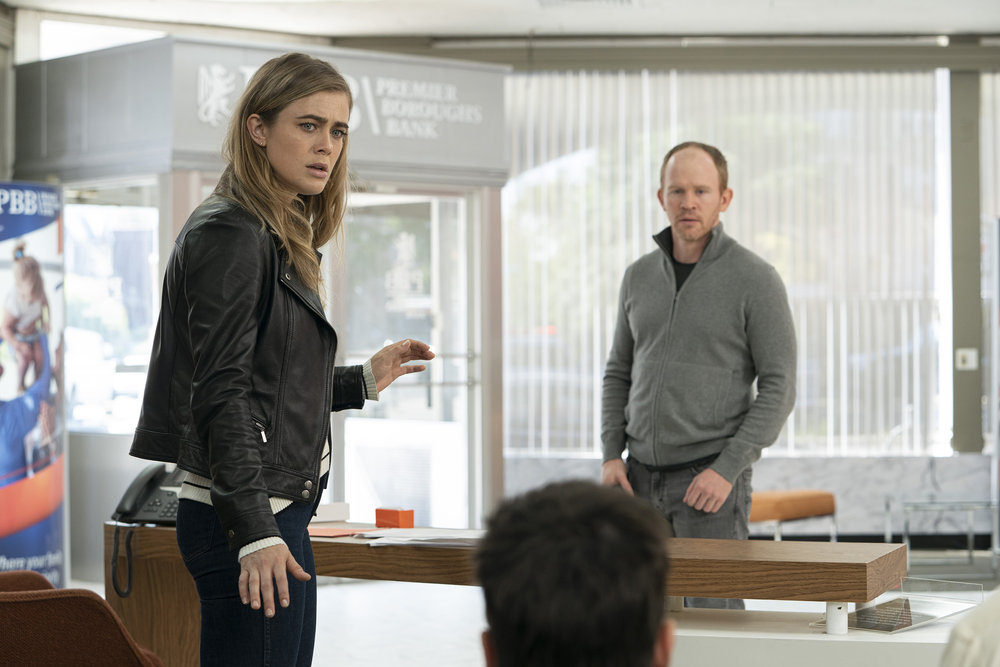 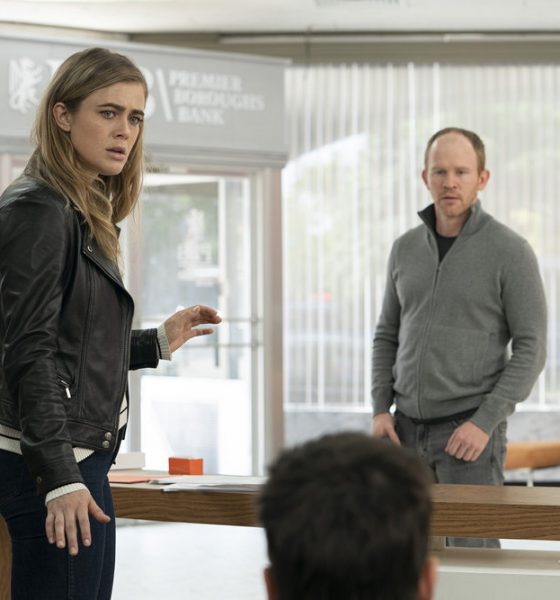 Manifest Review – It’s All Connected to the Peacock (2×04)

A life and death situation brought Mic and Zeke together, romantically this time, while another 828’er got the “death date” Calling and failed to make sense of it.

Much of Manifest Season 2 Episode 4 centered around Logan’s bank robbery as the fellow passenger risked his whole life (plus the lives of many others) to desperately get to his father’s safe to retrieve a compass that he believed would keep him safe.

It wasn’t a coincidence that Mic and Zeke both ended up at the bank mere minutes before the robbery as they both shared yet another Calling that brought them there.

However, this was the first time another passenger had a Calling connected to Mic and Zeke’s. While they were told to “bring him back,” TJ saw an emblem of a bug, a bird, a fish, and a tiger that Olive quickly identified as the Grammercy Club, a members-only athletic club in the city

Look at Olive being useful with the Callings!

What does it mean that other passengers are now getting Callings related to the Stone family?

TJ’s Calling was crucial in helping Zeke and Mic thwart the robbery because it led him and Ben to Frank Strickland, Logan’s brother, who was also the only person with the key to the safe coincidentally numbered #6224.

Oh, who am I kidding, there are no coincidences on this show!

Frank was what we’d call a non-believer. He didn’t believe that Logan was really his brother because his brother died in the plane crash and whoever this was had to be some imposter.

It was a lie he was telling himself so that he wouldn’t have to face the terrifying truth that something unexplainable happened to his brother.

It’s all connected was a Calling early on in Manifest Season 1, and I’m surprised it didn’t come into play here because after Logan got the compass, he handed it over to Mic. Upon closer inspection, she realized there’s a peacock design on the back of it.

As mentioned in my review of Manifest Season 2 Episode 3, there was plenty of mythology that was introduced in Manifest Season 1 that seemed to tease the “death date,” One of those symbols was the peacock, which represents many things including “protection, watchfulness, immortality.” Peacocks can also “absorb energies while protecting those who wear them.”

It’s unclear how this compass is going to come into play or “help them” beat the death date, but there’s no denying that the Callings wanted them to find it.

Mic calls it the “first step in figuring out how we survive,” which also means we’re progressing towards some real answers.

The death date was also brought up to Adrian, the leader of the Church of the Believers, but when Olive mentioned it, he didn’t seem too concerned. Instead, he offered up the usual rhetoric of “if we believe, we’ll be saved again.”

It’s normal, human even, to want to believe in some higher power, but wouldn’t someone want to know why they were saved in the first place? If my return comes with an expiration date, I’d like to know what I was sent back to accomplish in the first place.

Returning from the dead doesn’t just happen on a daily basis, and when it does, it isn’t for no reason.

Some of you have suspected that Adrian is working with the Major, and it would make sense as to why he wouldn’t be concerned. If he is, everything Olive is telling him including the death date reveal is finding its way back to The Major.

TJ also found out about the death date and was not pleased with Ben for keeping him in the dark.

However, Ben never promised to keep TJ informed or tell him the whole truth. He likely didn’t say anything because he’s still not sure what the death date means and didn’t want to alarm a teenager with the fact that he has 5 years left to live.

He probably didn’t want TJ to go off and do something stupid like go to the Church of Believers with Olive.

Olive, whose massive crush on TJ was revealed in flashbacks, thought it was a good idea to take TJ to the church, which will likely mean even more trouble for the passengers.

Also, Olive and TJ may be similar in age now, but if the passengers would have aged normally, then there’d still be a huge age gap between them. It doesn’t seem like that’ll go over well with Ben.

While Ben was off dealing with a Calling, Saanvi and Vance were working The Major.

Well, actually, The Major was working them while they were working her.

But alas, Vance and Saanvi couldn’t pull one over on her because she was one step ahead of them again. She effortlessly picked up on Saanvi’s “lying” tick of playing with an apple during her session.