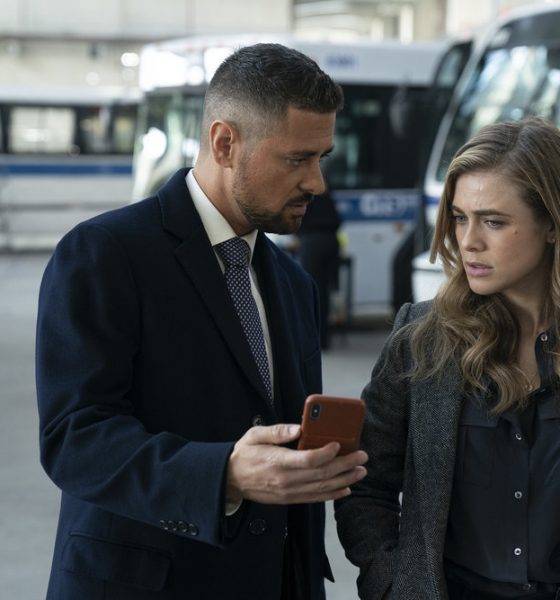 Manifest Review – Are the Callings Good or Evil? Plus a Major Proposal! (2×11)

The pieces of the puzzle are beginning to fall into place on Manifest Season 2 Episode 11, but we still only have about 300 pieces to a 1000 piece puzzle.

Something is better than nothing, right?

It’s incredible how Manifest has managed to uphold a mystery for two seasons while adding several questions to the docket each week. Props to them for keeping us all (even the characters) in a confused-state.

The latest mystery continues to question whether the Callings are good or bad.

Oh, and there’s also been a four-month time-jump. Not only is baby Eden four months old and thriving (that’s our girl!), but it means Ben has been digging into Adrian’s theory for four months and has come up short.

It’s unclear if anyone had any Callings during this time aside from Cal, but it seems like things went back to normal and then started back up one day again. It’s an odd and frustrating way to live.

Ben seems to think that Adrian may have been onto something by thinking they are false prophets, but Mic insists that the Callings have only ever brought good things into their lives.

That is until she gets a Calling while trying to thwart a kid from robbing a bodega that tells her to “let him go.”

She’s thrown off by the request considering it’s in her nature to bring everyone to justice but figures the Callings might have a greater purpose and wants her to catch the “bigger fish,” so she reluctantly obliges.

However, you can’t expect a good and curious cop to just look the other way, and when she begins to investigate alongside Jared, they unearth a much deeper mystery run by a dude named Chase, who was released from prison four months ago.

Long story short, Mic and Jared track down Chase and his men, who are making drugs in some sketchy basement. As she’s about to make the arrest, she hears the Calling once again urge her to “let him go.”

This time, Mic isn’t convinced that the Callings have her best interest in mind, so she goes against them and arrests Chases and his men anyway.

Now, let’s remember that the Al-Zuras journal said that the only way to stop the death date is to do as the Callings ask, so it’s unclear how this will affect Mic, but at least we know the passengers still have free will

During the arrest, Chase says a series of questionable things including: “you know there will be hell to pay, pretty lady,” “holy vengeance” and “this is bigger than the both of us,” which means he knows something about the Callings or the core mystery.

And if you had any doubt that they are involved, Chase and his two buddies are revealed as the three looming shadows haunting Cal and Adrian.

Admittedly, that revelation took me by surprise. I thought the figures would be more “biblical” and less “actual people we’ve never met before.”

How do Chase and his men play into this? One of my theories is that they are somehow Alzuras’ people reincarnated.

Another theory is that much like the passengers of Flight 828 and Zeke, the trio came back from the dead and have been experiencing Callings that want them to make drugs, though, I can’t think of a reason why, but it would prove that the Callings may have a nefarious agenda.

You can read the full review at TV Fanatic!