Marcia Gay Harden Joins How To Get Away With Murder

The Oscar winner has a resume filled with classic, must-see movies. Now, Marcia Gay Harden now can add being on falls “number one breakout television show” to that list.

ABC announced that Harden will appear as a mystery recurring character on the show How To Get Away With Murder.

Although it won’t happen until after the winter finale, we are still eager to see Harden’s involvement.

She was last seen on the serious Trophy Wife, and the network won’t give any details on her upcoming role.

It is promised that we will finally see the bonfire seen, which will reveal how exactly Sam got murdered.

Don’t miss the winter finale of How To Get Away With Murder, November 20th on ABC.

Photo Credit: ABC/How To Get Away With Murder

Is Season 5 of ‘Money Heist’ Happening? Everything We Know 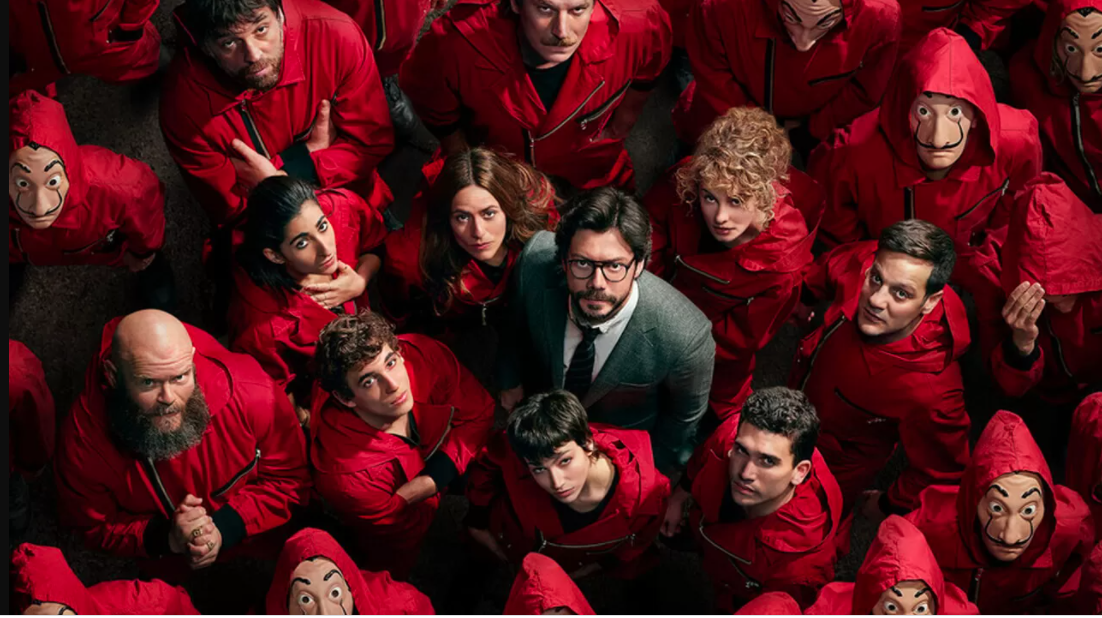 Netflix’s Money Heist (La Casa de Papel) has managed several incredible feats with the Professor’s intricate plans, but the biggest was hands down convincing audiences to sympathize with the relatable robbers under the Dali masks.

Usually, the anticipation that carried earlier seasons seems to dissipate with each passing season, but that’s not the case with the Spanish-language drama. Season 4 saw the most bloodshed and action out of all the seasons combined, and it left fans clinging to a major cliffhanger.

Unlike season 2, which neatly wrapped up the heist and saw everyone moving on with their happy ending, season 4 ended without giving fans any answers and the Professor’s team running out of time still inside the Bank of Spain.

You would think that such a cliffhanger would warrant an immediate renewal, but Netflix has yet to greenlight the series for season 5.

However, considering the worldwide recognition the series is gaining, especially as audiences look for new shows during COVID, there isn’t much to worry about.

The statistics don’t lie, and Netflix surely won’t ignore that season 4 scored 65 million views. It continues to rank in the top 10 of shows outside of Spain, and it was the most-watched show on Netflix since the onset of coronavirus in mid-March in New York, California, and New Jersey.

With all that in mind, here’s what you need to know about Money Heist Season 5.

When Will Season 5 Happen?

Considering it hasn’t been renewed yet and the coronavirus pandemic has put TV productions worldwide at a standstill, it’s unlikely we’ll get new episodes in 2020. The break between the premiere of season 3 and season 4 was roughly nine months, so prior to COVID, there was a chance season 5 could’ve debuted in late December. While the wait may be unbearable, we have no doubt it’ll be worth it.

Aside from COVID, the creator of Money Heist is also under a deal with Netflix for two more projects White Lines (season 1 dropped on May 2020 to mixed reviews) and Sky Rojo (currently scheduled for a 2020 release), which may interfere with the release of season 5.

For starters, the heist is still happening. After an incredible escape, Lisbon (Inspector Raquel Murillo) dropped into the Bank of Spain on a government chopper to rejoin the rest of the Professor’s team. Unfortunately, the celebrations were shortlived because in those few moments while the Professor was distracted, he was ambushed by Alicia Sierra, and as she pointed the gun at him, you knew it meant trouble for everyone.

There are plenty of lingering threads and avenues for Money Heist Season 5 to explore by ending on such a cliffhanger. How will the Professor get out of Alicia’s grasp? One theory is that she’ll go into labor and have no choice but to trust the Professor. (And let’s be serious, there’s no one more equipped at dealing with labor than Sergio). It’s possible she’ll be ambushed by all of the Professor’s men and Marsella.

And then, there’s the plan of escaping the Bank of Spain. After two seasons, we still have no idea how the Professor plans to get his crew out of there with cops and special forces swarming the place, but again, we have no doubt the plan is nothing short of meticulous, incredible, and adrenaline-filled.

We also don’t know why Lisbon threw herself into the lion’s den nor do we know what they have planned for Gandia.

While season 5 is practically writing itself, there’s plenty of room for surprises as the showrunners told El Mundo that they like to go “game by game” when writing the seasons.

“Chapter by chapter, sequence by sequence, line by line. We do not ever consider how long the show can last. If we got to know the scope of the phenomenon, we wouldn’t have thought to kill Berlin.”

Will we See More of Berlin and Nairobi?

Both deaths had a gripping effect on viewers. Berlin’s death in season 1 was upsetting, especially since he was a multi-faceted villain, but it showed that the series creators weren’t afraid to take out the big guns and kill off beloved characters. Oftentimes, a character will overstay his or her welcome due to fan service, and that’s usually when showrunners do audiences the biggest disservice. In our short time with Berlin, we were able to better understand him and so, even though he was a psychopath, his death was also devastating because it was a loss of a friend and family member. “We always try to give characters multiple sides, which breaks viewers’ preconceptions. Villains can have good qualities, as we’ve seen with Berlin,” Alex Pina told Variety.

However, Berlin’s death didn’t mean the end of Berlin because, in order to understand him and the “plan” further, we had to dig back into the past. And thus, it’s almost guaranteed that Pedro Alonso will reprise his character in season 5.

It’s a similar situation with Nairobi, whose death may have been gut-wrenching but necessary. The stakes are high, tensions between the robbers and the police are escalating, and things with Gandia were too close to home. It wasn’t realistic for everyone to enter such a dangerous plan and come out unscathed. The Professor warned everyone that the likelihood of leaving the Bank of Spain alive was slim to none. So, Nairobi’s death was necessary to infuse the already far-fetched storyline with some much-needed realism. While fans want to see more of Alba Flores in the character, possibly in flashbacks as the Professor’s plan unravels, the Netflix documentary Money Heist: The Phenomenon showed Flores’ last day on set.

Considering the immediacy of the cliffhanger, expect the series to pick up exactly where it left off. COVID may have derailed plans, but the plot remains the same. And we all know every minute counts in the Bank of Spain. Time is money.

We can’t wait to put on our Dali masks once again and join the Professor and his team in some political resistance. Until then, hit the comments and tell us your favorite thing about the series! 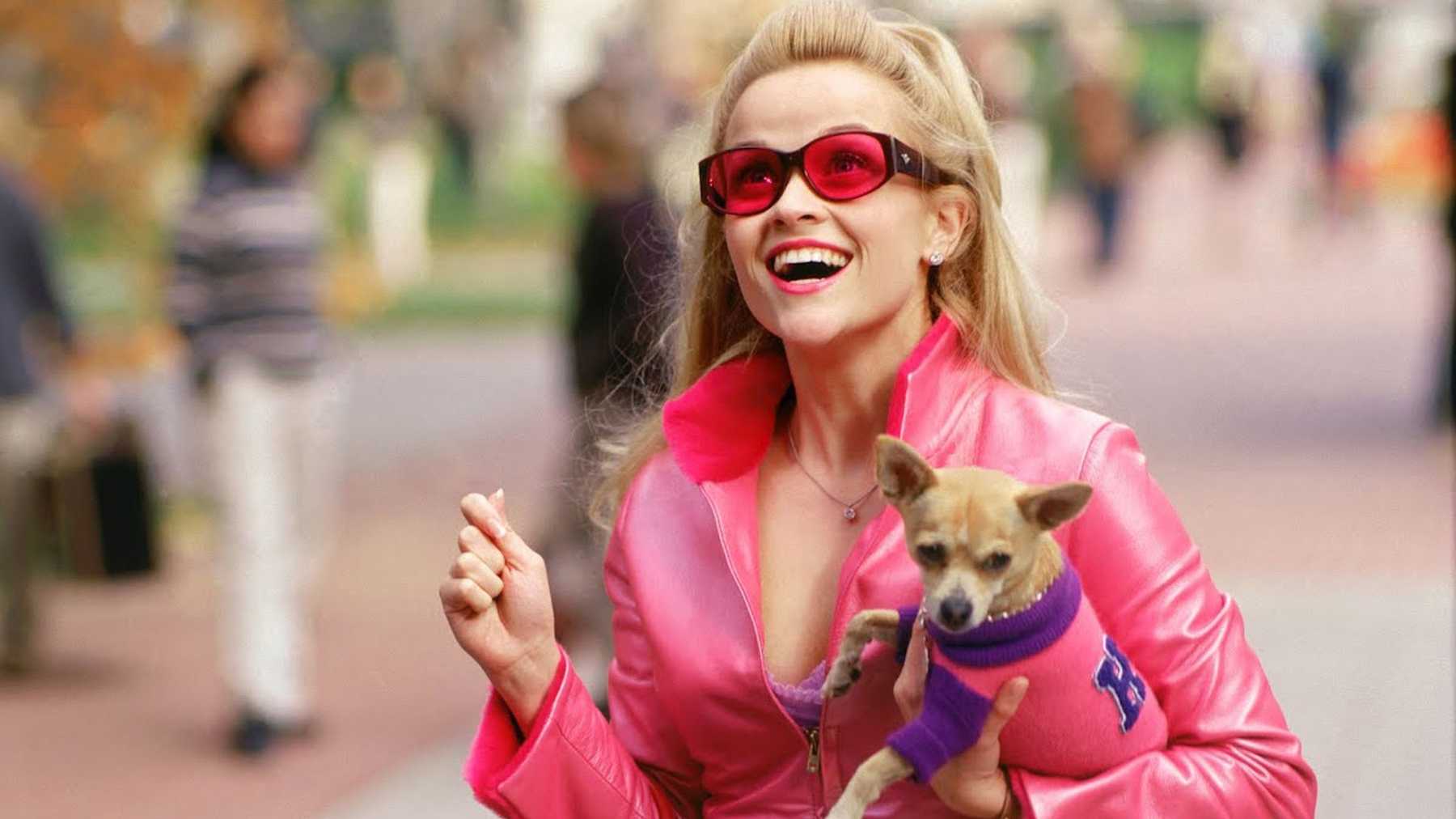 Have you ever found yourself wondering “what would Elle Woods do?” Or better yet, “what would Elle Woods order at Starbucks?”
If you have, you’ve probably thought that you’d want to order the same thing, right? After all, who doesn’t want to be like the independent and fierce lawyer?
Well, TotallytheBomb.com revealed that Elle’s order is on the Starbucks Secret Menu. It’s called the “Legally Blonde Drink,” and is everything you’d expect — sweet, fruity, and pink.
The drink has no affiliation with the movie, but it’s the same shade of pink that our girl Elle would wear!
The drink is a combo of unsweetened Passionfruit Iced Tea, light Heavy cream, some vanilla, and more. You can find the whole recipe here!

And the best part is that it’s a low-calorie drink clocking in at only 50 calories, according to the blog. You know it’s a good day when a Starbucks drink is easy on the calories!
Once you’ve got your pretty pink drink, you can get your day started and feel like a boss just like Elle Woods and the woman who brought her to life, Reese Witherspoon!
Any drink that’s on the Starbucks Secret Menu means that baristas likely won’t know about it until you tell them AND give them the recipe.
And since they’re making it for you from scratch, you have to be kind and considerate since it may take them a bit longer.
You don’t have to follow this rule, but it’s one I live by: avoid ordering from the secret menu during rush hour and anytime the baristas are visible swamped.
Voila! Or should I say “bend and snap”? 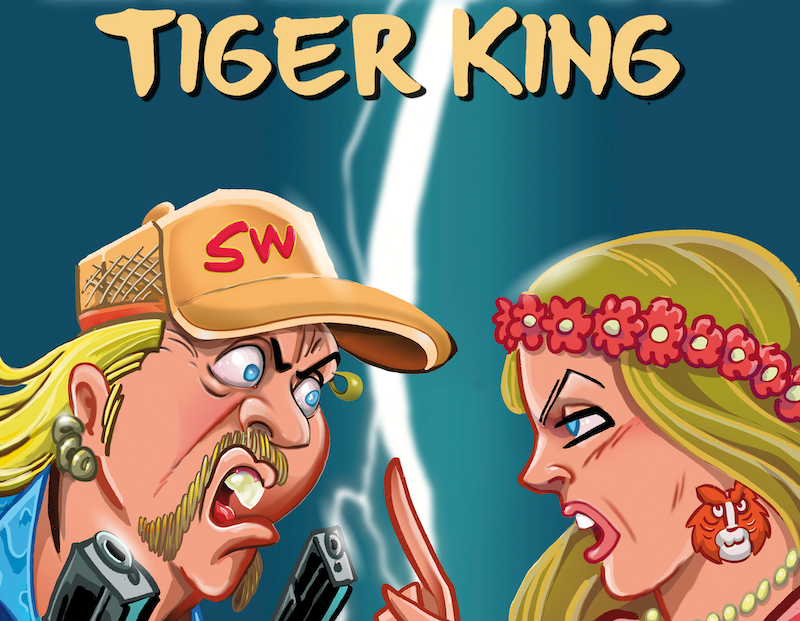 Someone call the superheroes because there are two new comic book villains in town!

If you couldn’t get enough Tiger King and want to know more about the rivalry between Joseph Maldonado Passage aka Joe Exotic and Carole Baskin, you’re going to have the grab the brand new biography comic book.

The 24-page flipbook titled “Infamous: Tiger King,” was released on Wednesday by TidalWave Productions and written by Michael Frizell and drawn by Joe Paradise.

It’s based on the largely streamed Netflix documentary series that debuted in mid-March.

The press release describes the comic book as the “origin story” of the “stranger than fiction” feud between Joe, the flamboyant, gay zookeeper and former country star, and Carole, his arch-nemesis and owner of Big Cat Rescue. Joe is currently in jail for the attempted murder-for-hire of Carole. A judge recently gave Baskin control of Joe’s zoo.

The missing person’s case against Carole’s late husband, Don Lewis, is being revisited after Joe claimed she killed him in 1997 and fed him to tigers.

Rightfully, the comic “book will also include a page about the treatment of animals from written by PETA Foundation Director of Captive Animal Law Enforcement Brittany Peet, who was also in the Netflix documentary.”

“This is one of the first times since we left Diamond almost a decade ago to have fun with comic book retailers.  If they bought a certain amount of comic books, we gave them a variant for Free.” said Publisher Darren G. Davis.  “Putting this book together with Joe and Michael might be one of the best times I have had in comic books in over 20 years”.

Print copies of the comic are available on Amazon and through various comic book retailers.

The digital version can be purchased on iTunes, Kindle, Nook, ComiXology, Kobo and wherever e-books are sold. There are 14 variant covers for the comic, so be sure to snag the one you like best!