How I Met Your Mother Series Finale

We bid adieu to our favorite sitcom comedy last night! After nine years, fans finally got some answers on the series finale of How I Met Your Mother. But not everyone was pleased with how their favorite sitcom ended. Actually, the outrage by fans almost crashed the internett!!

SPOILER ALERT: We know that the mother is Ted’s wife, Tracy. The two met on a rainy train platform after Barney and Robin’s wedding, where Tracy played in the band. Well,  what we didn’t know is that the whole story Bob Saget was narrating as Ted in 2030, was really Ted explaining to his kids how he met their mother, whose been dead for six years. Some fans speculated that she had passed from earlier foreshadowing in the show, but let that all sink in!

Shortly after their long-engagement, marriage and kids,  Tracy died leaving behind Ted with his two kids. As he’s been guiding them through the story of how he met their mom, he also wanted their blessing to go date Aunt Robin, who he’s been in love with the whole time. The kids admit that while this was initially a story of how he met their mother, it’s also of how he fell in love with Robin. “C’mon dad, it’s been six years since mom died. I think its time,” the kids tell him!

Like many of their TV-couple’s before them (Ross and Rachel for example) Robin and Ted top the list for most on-again-off-again moments finally resulting in their happy ending. Truthfully, I always believed these two would be together in the end, but not like this. I hoped Robin would be the mother!!!!! In a way, I guess she now is. Ted’s journey of finding love has been and interesting one, proving that sometimes, finding your one true love comes with many bumps and hurdles along the way. Ted– six years a widower, with grey hair— rushed to Robin’s window with the blue French horn he stole in episode one to impress her. The show came full circle.

We find out that Robin and Barney’s marriage fell apart because of Robin’s huge success as a TV anchor. Barney finally met the love of his life— his baby– a result of a one night stand following the divorce.  Marshall becomes a judge in the Supreme Court and the two have their third child.

The reaction to the finale was filled with utter disappointment. Others  applauded the creators, Craig Bays and Craig Thomas for writing a realistic ending. Really, the tweets from upset fans are probably the greatest part of this whole finale. I mean, just look up #HIMYMfinale and you’ll read some of the funniest things in the world. There’s literally mobs forming and people praying that this was just an April Fool’s joke.

But alas, it wasn’t. The creators are sticking by their finale, tweeting many thanks to those who continued to watch and be part of the journey for 9 seasons– no matter what they thought of the finale. The actors are also personally satisfied with the ending.

Interestingly enough, the children (played by Lyndsy Fonseca and David Henrie) filmed the scenes where they were sitting on the couch talking to their father in 2005 in order to keep the children looking the same age throughout!

“We shot this last little section nine years ago. It was so long ago, I don’t really remember what I said,” Fonseca told People magazine.

Can you believe it? They knew how the show would play out this whole time!!!

What did you think? Are you satisfied with the ending of HIMYM or completely disgusted with the direction the storyline took??? But most importantly, will you miss your friends- Barney, Ted, Robin, Marshall and Lily? I know I will. And I’ll be the first to admit, I did shed a couple of tears. Alright, I cried uncontrollably!

And lastly… are you excited for the spin-off, How I Met Your Dad? After the negative feedback this finale got I’m not sure too many people are. Plus there’s always the possibility that the writers might ruin a good thing with a failed spinoff. But than again, there was also much doubt for this show after Friends, and look where we are now!

Photo: CBS/How I Met Your Mother

T.V Calculator- How Much Time Do You Spend On Shows? 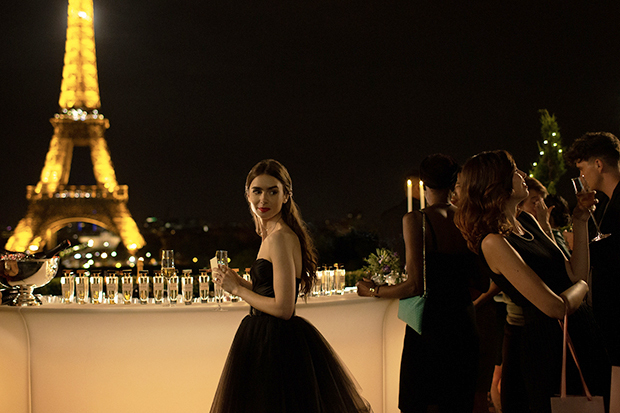 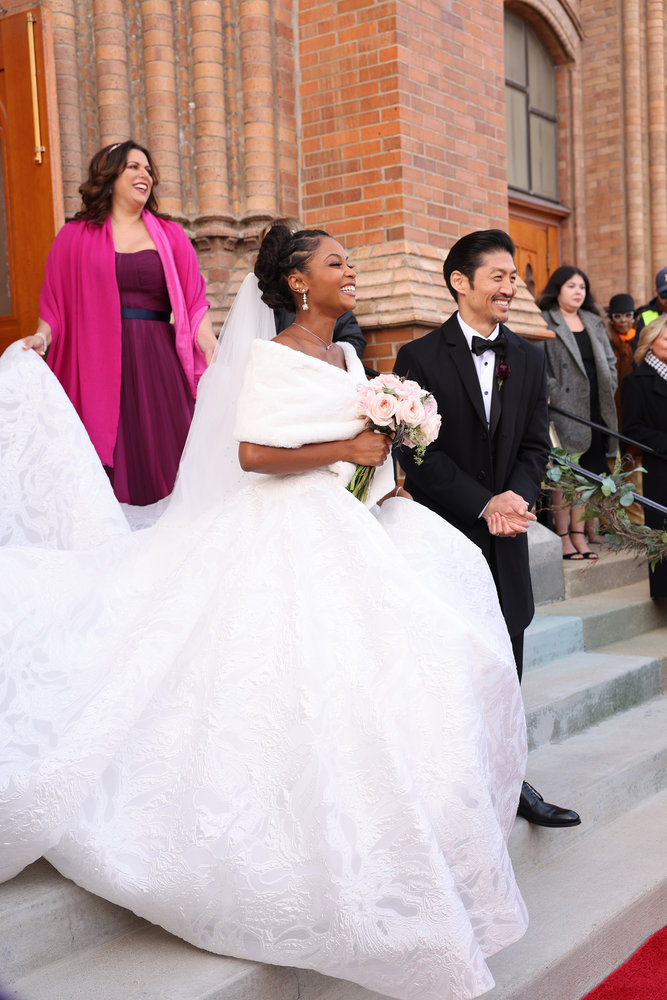