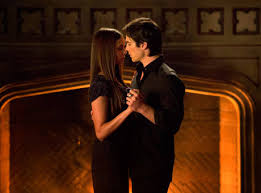 Music from the season finale of The Vampire Diaries: Graduation (4×23) 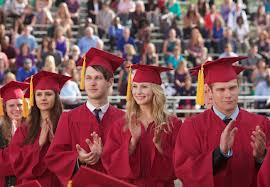 Damon confesses he’s a bad choice for Elena, and she admits that she loves him.

When I Was Younger- Liz Lawrence

This song is featured when Bonnie puts the veil down, Alaric and Lexi disappear to the other side.

In The Stream- S. Carey

Bonnie says goodbye to Jeremy and leaves with Grams, Rebekah and Matt decide to go on a Euro trip.

Lollapalooza officially kicked off August in Chicago. Over 300,000 people made their way to Grant Park for 3-days of music and good food. Headliners included Eminem, Outkast and Skrillex. Lollapalooza, like Coachella, is also a great place to spot some of your favorite celebrities. Sophia Bush, Ed Westwick and Claire Holt all took time out of their busy schedules to kick back and listen to some jams.

A new bromance was on the horizon during lolla weekend between Gossip Girls Chuck Bass, er Ed Westwick, and Glee’s Mark Salling. The bro’s spent the weekend in the Windy City at the music festival, grabbing lunch at Giuliana Rancic’s restaurant RPM Italian and Bub City and attending an official Lolla after party at Studio Paris.

The Originals Claire Holt also made her way to Studio Paris for the Calvin Harris after party on Saturday, after sharing a picture in front of the Buckingham Fountain and jamming out to artists Iggy Azeala and Rudimental.

Meanwhile, Chicago PD”s Sophia Bush traded in her guns for combat boots and a Van Halen tee. She spent much of her festival with Connie Britton and even shared a picture from backstage during the Cage the Elephant performance.

Did you attend Lolla? Spot any other celebs? Unfortunately, the only celeb I walked into was Malia Obama and no, I didn’t get a picture cause that undercover secret service was quite terrifying.

This is probably the best Ezria video I’ve ever scene!!! This is the last love song they’ll ever write for each other as Ezra’s life hangs by a thread. Will he live? Will he die? And even if he does live, will can they go back to the way things were after his betrayal??? When season 5 rolls around, we’ll hopefully get some answers, but until than, this video is such a nice recap of their relationship thus far. Go team Ezria!!! 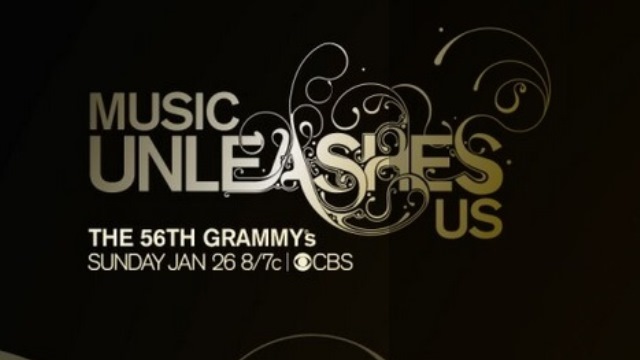 The 56th annual Grammy Awards were by far the most entertaining ones to date. It was a celebration of all music from all era’s marrying the old with the new, fusing together genre’s into one incredible experience.  It was epic. It’s what The Grammys stand for; what they always should be.

Beyonce’s opening performance exuded sexual energy. It was fierce. It was Queen B and the cherry on top was King Jay. Love was exchanged on stage between the couple as they bathed in their success and glory grinding out to Drunk in Love. They are the definition of power couple. Oh, and they also showed us how they surfboart. It was raw and wet. (I’m referring to B’s hair.) The fact that Jay isn’t one bit jealous of B on stage working it like that is a clear indication, she’s all his. We’re just lucky that she occasionally graces our world.

The goth theme was really popular this year. While that might just be her personality, Lorde’s performance was super weird and heavily criticized afterwords for possibly lip-synching. Can’t deny girls got talent; she took home a couple of awards at the mere age of 17, but the whole spazzing, twitching while you sing, black finger tips was a different level of creepy. Katy Perry on the other hand ventured deep into her soul to pull out the whimsical, goth witch, straying from her usual colorful and bubbly persona. She summoned a dark horse and even broom danced. Yes, on a broom.

Robin Thicke opted to keep it classy, trading in Miley’s raunchy addition to his Blurred Lines single, for some jazz from the Chicago Medley. It wasn’t as memorable, but it felt genuine. Pinks performance was as always predictable, but nonetheless jaw dropping. Really anytime a girl can pirouette, split, and do all sorts of fancy acrobatic work dangling on some material thousands of feet above a full stadium and sing live while doing it, I’m impressed. Plus, that collab with Nate Reuss. Those pipes. Wicked. Oh, and she picked up a dude and didn’t even miss a beat.
The most surprising performance had to be Imagine Dragons ft. Kendrick Lamar. Words can’t describe how strong this pairing was. That Radioactive chorus got the whole crowd to their feet as energy pulsed through their bodies. Even King Jay and Queen B got up!  It was powerful but not overpowering, showing that despite the labeling of genres, when music was good, a label wasn’t necessary.

The marrying of the oldies with the newbies was also done tastefully. Ringo Starr and Paul McCartney joined forces rocking it like it was 1964. Even though there’s only two original Beatles left, the presence of John Lennon and George Harrison will always be felt.  Yes, Stevie Wonder really did sing Get Lucky, with Pharell, his hat and the robots of Daft Punk. It was a total live jam-session.

Willie Nelson countrified the awards joining Blake Shelton, Kris Kristofferson and Merle Haggard for a special ode to country music, and marijuana…They finished off with a spirited rendition of Mamas, Don’t Let Your Babies Grow up to Be Cowboys’. Metallica and pianist Lang Lang became ‘One’ on the stage last night. This was Metallica’s first performance at the Grammy’s in over 20-years. Additionally, Miranda Lambert joined Billy Joel Armstrong in a tribute to the Everly Brothers. This show was about odd pairings that really are able to make it work.

So its no surprise that a tribute, or should I say wedding, led by Queen Latifah took place. Serenaded by Macklemore’s (who took home A LOT of Grammy’s and sparked some controversy that he won so many hip hop awards)  Same Love, Latifah married 33 straight, lesbian, gay and transgender couples on live T.V. Madonna graced the stage in a white suit and cowboy hat, and serenaded the newlyweds with ‘Open Your Heart To Me’ as Katy Perry caught the bouquet and Keith Urban wiped away some tears. Truthfully, I don’t think there was a dry eye in the audience. This public display of affection comes during a time where marriage equality is a hot topic, and countries like Russia are turning against same-sex marriage and posing threats for the upcoming Olympics. I’m not sure the performance was really necessary in the middle of my Grammy’s.  I’m not much of a PDA person and I didn’t think this was a romantic moment to commit to a lifetime to someone else. Weddings are meant to be special, not public. Either way, it was a proud moment for America!

Aside from the numerous amazing performances, there were also awards given out. Check out the full list below. Congratulations to all the winners. And to the losers! Namely you Ms. Swift. You never fail to become an internet sensation after an awards show. This year it was for her excitement that she had one for the best album of the year, only to be disappointed that it was Daft Punk. (RRRR) What…. You mean I didn’t win. No Taylor, you didn’t. But your performance was full of teen angst and emotion, proving that once again, singing about a breakup is good therapy. Sometime’s it can also give you whiplash. I whip my hair back and forth!!!  Anyways, the full list of winners here!!!