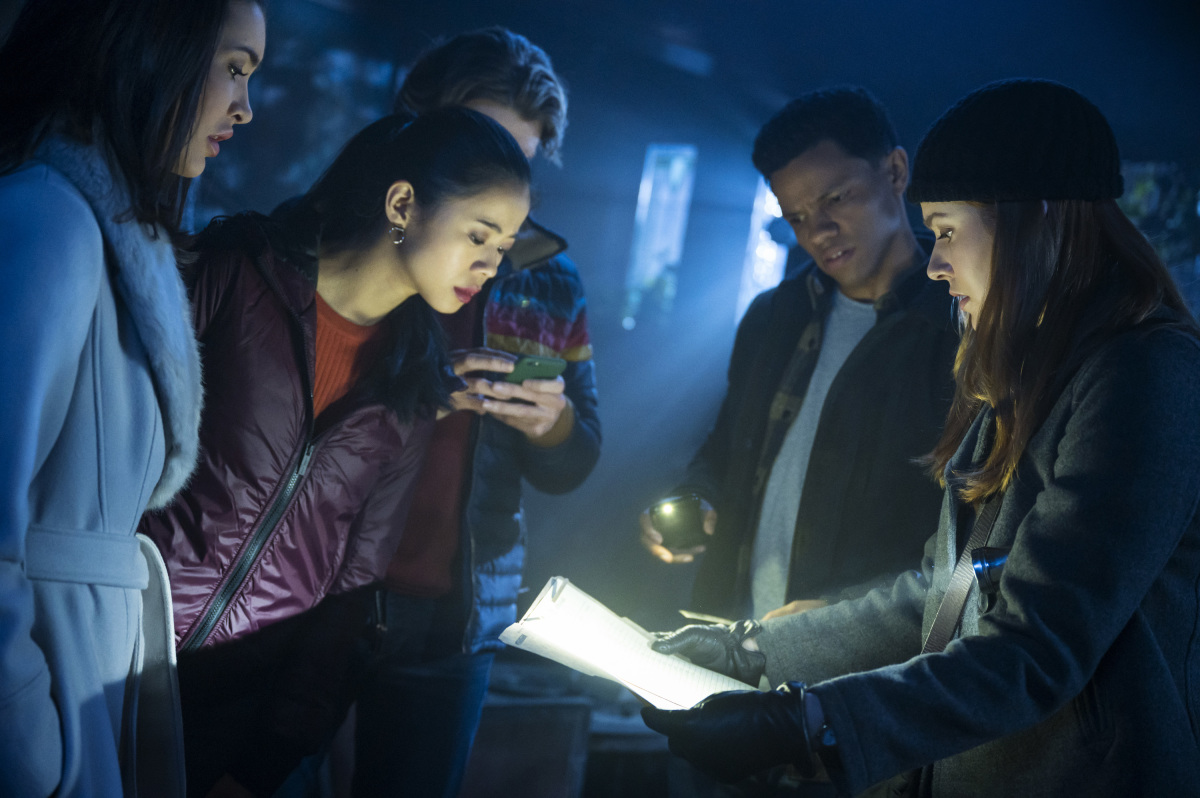 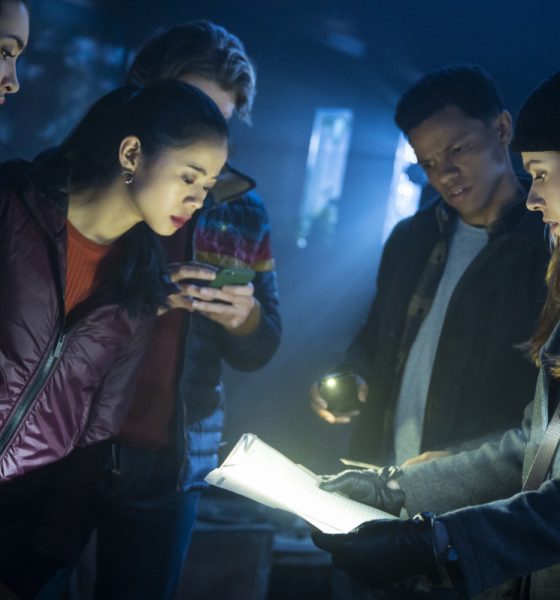 The curse of the Aglaeca continues to plague the Drew Crew as they attempt to find a way to stop their inevitable deaths.

But despite figuring out what led to the Aglaeca’s death on Nancy Drew Season 2 Episode 2, they are no closer to figuring out how to stop the curse.

Worst of all, they now have concrete proof that the Aglaeca will come to claim their souls just like she did for Mac and the 1975 crew.

On the plus side, they also know there’s a way to break the curse. But first, they have to find Fox, the sole remaining member of the 1975 crew that’s still alive.

Discovering the sea shanty definitely helped them get a better idea of the tortured spirit they’re dealing with. The Aglaeca, aka Odette Lamar, definitely has a reason to be a vengeful spirit after what happened to her on the ship pioneered by a Marvin descendant.

And despite Mac’s attempts to kill Nick, who he thought was his black bartender friend Buddy, he did provide the group with some necessary insight along with a brand new lead.

Though, I will say that I wasn’t a fan of Mac’s thinly veiled racism. The series could have found a better reason to have Mac want revenge on Nick other than the spirit being drawn to Nick because of skin color. Why couldn’t we just say both Nick and Buddy worked behind a bar?

After learning that Mac was after Buddy to get the 45 recording, the Drew Crew was able to piece together that Mac wasn’t the only one who died as a result of not paying the Aglaeca’s blood toll. And it was a sweet touch to add in the previous ghosts we’ve seen before,  like Rita from the N’orester, as the 1975 crew.  I love when things come full-circle.

But how did AJ survive? And why couldn’t he save his friends?

Since he continues to visit their graves, he still feels guilty about his survival. Maybe helping Nancy and her friends will help alleviate some of his guilt?

In the same vein of making amends, Nancy and Nick definitely took some steps in the right direction with their parents. I guess nearing doomsday will help you gain a new perspective on life.

While Nancy hasn’t forgiven Carson completely, she acknowledged that she’s open to a path of healing thanks to Ace.

As a side-note, Ace continues to be the character that I love the most. He’s such a good, honest, and pure soul! And even though there isn’t any romantic tension between him and Nancy, there’s an unspoken love there, so I often find myself rooting for them as a couple.

Ace went out of his way to help Carson when everyone else turned his back on him and listened to his side of the story, and sometimes, all you need is a helping hand and someone to listen.

As we all thought, Carson’s actions may have hurt Nancy, but he was coming from a place of love and protection. He didn’t want to hurt her with the truth, but he was also scared that the truth might ruin their perfect family. Therefore, it seems inevitable that Nancy will stay upset with him forever.

He was just a man trying to what he thought was the best thing for his family. 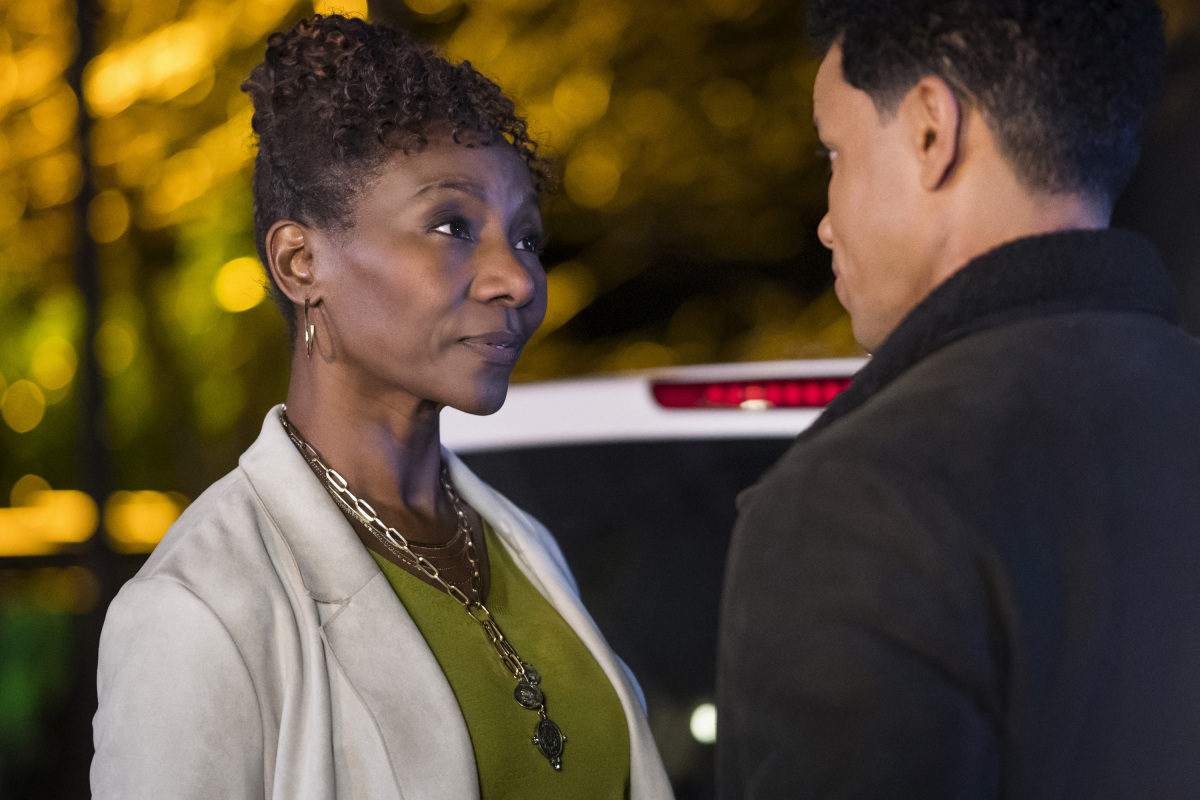 Nick’s mother blew into town at the worst possible moment. She wanted to convince Nick that he should return home to Florida where it’s safe. Nick was adamant about staying put because Maine is a great and safe town, but I don’t think any of them really did a good job at selling the narrative, especially when she was clued into the spirits that were trying to kill him.

She was a little too chill about the whole “a ghost is trying to kill me thing. Even if you’re a spiritual person, actually seeing the supernatural in real life is enough to send anyone running for the hills. But not mama Nickerson!

Personally, I’d tell my son to pack up his things and come home immediately if I saw him being thrashed around the bar.

But then again, Nick is an adult, and he does have a good head on his shoulders along with a good group of friends. Sure, they may be a group of friends who puts him in danger at every turn, but still, they have his back.

Isn’t it funny when you should be more afraid of the dead and unsettled spirits than the living?

Nick and his mom got some much-needed closure at the end (though he never told her that he might not survive more than 3 days) and she was even able to acknowledge just how great George is as a girlfriend.

George is such a badass who not only acknowledges her flaws but owns them. When it comes to good role models, she’s it.

Too often, shows get boggled down with an unnecessary love triangle, but in this case, they’re made it very clear that George and Nick are it for now.

They even got Nancy’s blessing, although, finding out from your exes mom isn’t the best. Then again, she didn’t seem too surprised because as I’ve said before, it’s pretty obvious that George and Nick have a thing for each other.

Nancy was supportive, as we expected her to be, and that makes it easier for everyone to move on. Also, isn’t it nice to see healthy exes versus toxic ones? No hard feelings, no bad energy, just love and friendship all around!

Nancy continues to make Detective Tamora suspicious, and honestly, he should be. If I were the town detective, I’d question why this group of teens was at an abandoned orphanage in the middle of the night and why they “happened” to stumble upon a skeleton.

If she keeps popping up on his radar, it might not end well for her.

What did you think of the episode? Are you ready to move past the curse of the Aglaeca? Or are you invested in the mystery?

And will helping the Aglaeca in order to break the curse unearth some new intel about the Marvins?