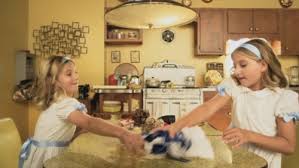 We’re down to just 6 days before the big premiere of a season that will change everything.

Today is full of spoilers so let’s get right down to it!

One thing fans are dying to know (pun intended) is if Ezra and Aria are still together,.. or at least getting back together in season 5.

“There are several moments to be revealed and she is there, but for what extent and what reason is unclear,” Ian Harding told Hollywood Life. Well, that doesn’t tell us much, but at least we know that she’s still supporting him. Plus, after surviving that gun-shot wound he’s got a lot of making up to do to the people he’s wronged. That includes all of the liars!

“Ezra needs to chill with the high schoolers!” Ian admitted when asked about a possible love triangle between himself, Aria and Ali. We think so too Ezra! “Some of you are going to be very happy. Season 5 already has some of your ‘fantasy’ scenes,” executive producer Maya Goldstein tweeted. Hmm, well what does fantasy really mean for PLL? Vampires? Witches? It’s not that kind of show right? Maybe she’s referring to the relationships? The love triangle between Emily, Ali and Paige. Spoby? Ezria? Haleb getting back together? So many fans have so many different “fantasies” for these characters!

Season 5 is apparently going to be an emotional roller coaster for Hannah banana. Yeah, you thought season 4 was bad huh?

Ali’s homecoming has a huge affect on everyone in Rosewood, especially the girls, but particularly Hannah. Ashley Benson even admitted that alcohol would even come into play. (Alcohol is never the answer kids!) Could this have something to do with Ali always calling her fat-Hannah?

A reunion with Caleb is also a 50/50 chance. He’s coming back to Rosewood but he lied to Hannah while he was in Ravenswood and that led her to beginning a relationship with Travis. If Caleb wants his girl back, he’s going to have to fight for her. Will he be the one to help Hannah with her downward spiral? Will he save her from herself? It would be cute wouldn’t it?

Sasha Pieterse sad down with E! News and dished on some of the seasons juiciest moments.

Was she just as shocked by the revelation that her mother buried her own daughter? You bet!

“That was something that I actually did not see coming, at all!” the 18-year-old actress explained. “That’s really really twisted. I was dumbfounded because how could someone do that?” She also brings up the question of who her mother might have been protecting. Like us fans speculated, if her mother was willing to do that to her own daughter, who tried to kill Ali in the first place?

According to Pieterse, the twin theory was put to rest! She always knew she would come back, but she’s super glad it’s as herself and not a twin. (Sorry lovers of the twin theory!) As for Emison, well she admits Ali does have a special place for Emily in her heart. That being said, Emily also has feelings for Emily… real feelings. Could they be one-sided? We’ll have to wait to find out!

And if you aren’t excited yet, she teased that the season premiere is crazy!!!! Well, we wouldn’t want it any other way!