Rachel Bilson and Hayden Christensen have welcomed their first child… and they’ve given her a fairytale name.

The new-parents released this statement, “Hayden Christensen and Rachel Bilson welcome their daughter Briar Rose Christensen born on October 29, 2014. “Both mother and baby are healthy and doing well. They are asking for privacy and subscribe to the No Kids Policy.”

The name, Briar Rose, comes from the Disney movie The Sleeping Beauty. Princess Aurora was nicknamed Briar Rose by her three fairies to keep her safe from Maleficent’s curse. Despite the meaning behind the name, I must admit, it is really cute! No word yet on whether the name has a special meaning to the mom or if she’s just a huge Sleeping Beauty fan.

Us Weekly was the first to confirm that the Hart of Dixie star and her longtime boyfriend were expecting, back in May.

Sources revealed that the duo had been talking about having a baby for awhile and were really excited to start their family.

They first began dating in 2007, after meeting on the set of the movie Jumper. They got engaged a year later, in December 2008, only to call it off in 2010. They reconciled again three-months later. Talk about on-again-off-again.

We’re just glad they finally got it to work. Congrats to the happy family.

NBC Picks Up Additional Episodes Of Marry Me 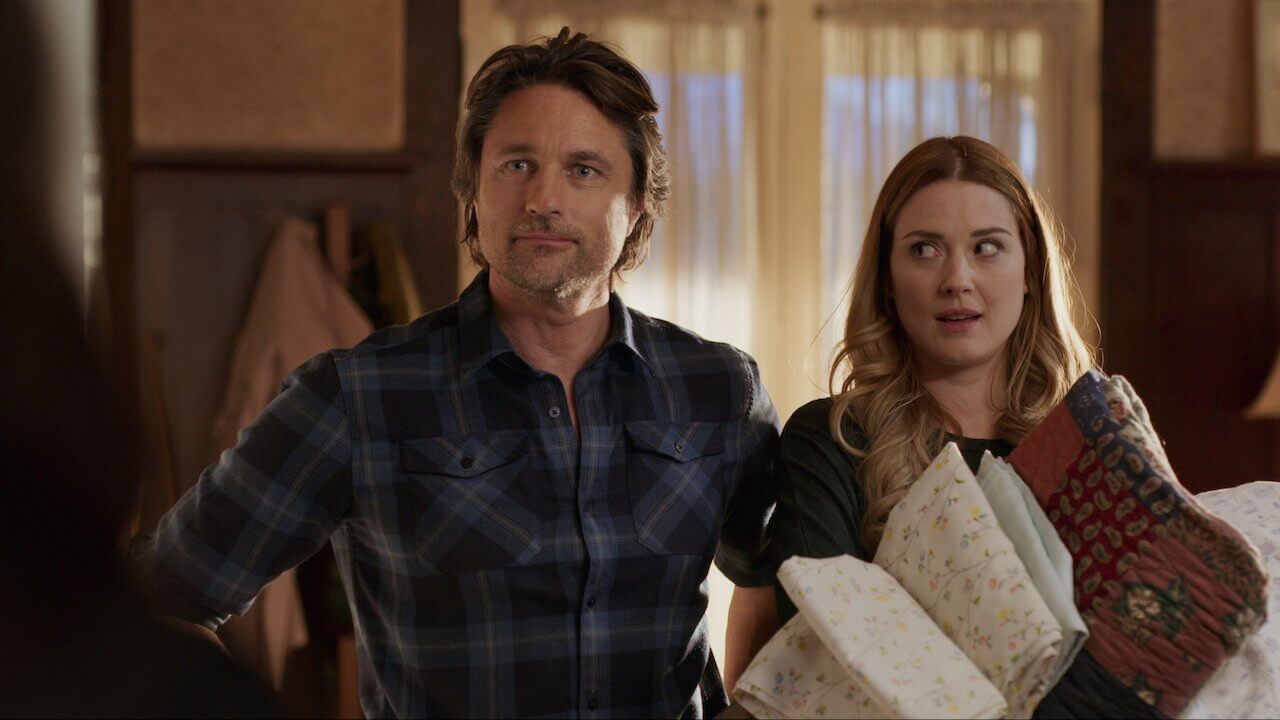 Season 2 of Virgin River officially has a premiere date!

The Netflix drama will return less than a year after the first season debuted on Dec 6, 2019.

Fans can catch up with Mel, Doc, and Jack Sheridan on Friday, November 27th! If you think about it, it’s the perfect day for a feel-good show to premiere as everyone will be sitting at home stuffed after Thanksgiving dinner. And since Black Friday sales are going virtual to tame the spread of COVID, less shopping gives everyone ample time to kick up their feet and binge-watch!

Virgin River season 1 focused on Mel (played by This Is Us‘ Alexandra Breckenridge), a nurse practitioner who moved from LA to a remote Northern California town who was forced to face her past and grieve before being able to call Virgin River home.

Season 2 teases: “Engagement. Babies. Heartbreak. Murder. For a small town, Virgin River has its fair share of drama — and Mel Monroe is often in the middle of it.”

While there isn’t a full trailer of the upcoming season, the Netflix November lineup video shows some great snippets: