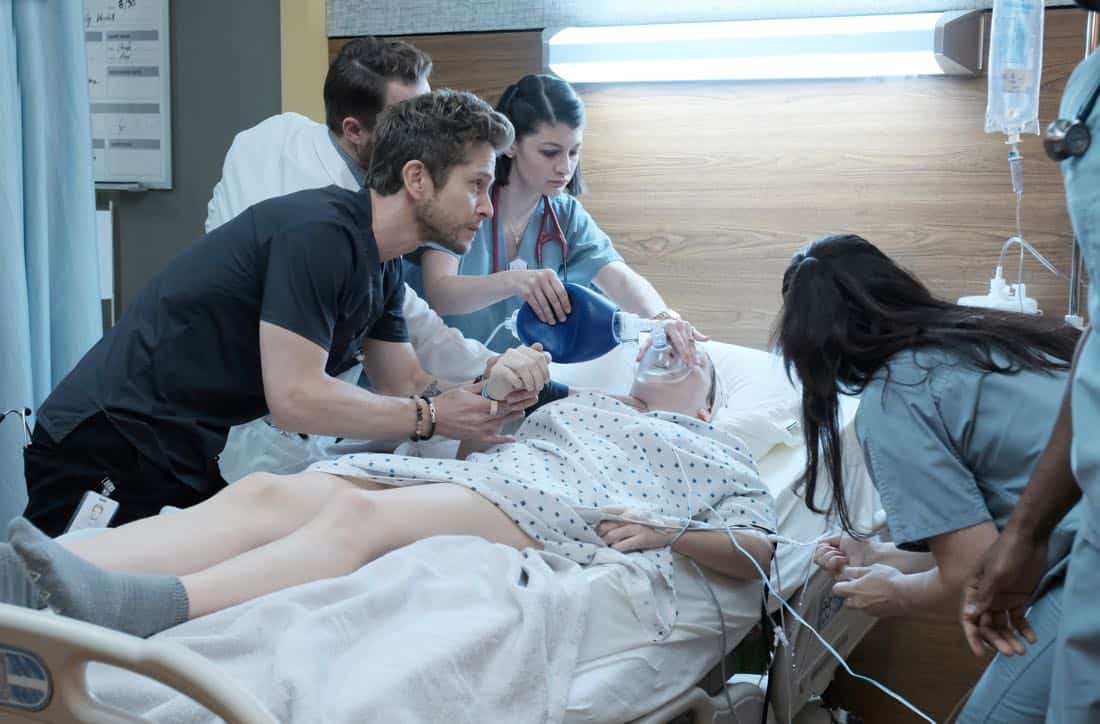 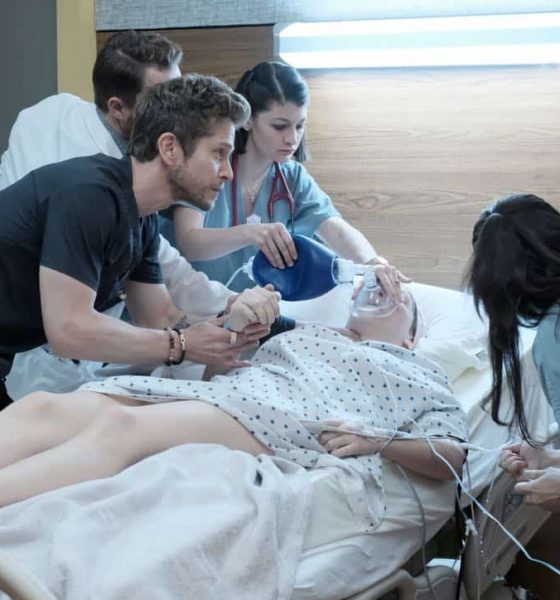 Even fluffy, adorable puppies couldn’t lift our moods after tonight’s heartbreaking The Resident. Although, we really appreciated Cookie’s efforts.

Lily’s biggest mistake in life was choosing Dr. Lane as her doctor and trusting her doubtlessly.

Initially, I thought Dr. Bell was the biggest villain in the series but I was gravely mistaken. He may have ego but he still has some soul left. Dr. Lane? There’s nary a good quality left in her.

She murdered Lily in cold blood simply to get revenge on Nic for trying to recommend her patient to a different oncologist. A doctor who claims you don’t need a second opinion raises many red flags. If she was so confident in herself, she would be confident that after getting various opinions, they would still come back to her for treatment. But she knew that if anyone else were to see her files and treatment plans, they would whiff out her scam and she would lose millions.

How can someone purposefully kill an innocent girl and celebrate by grabbing dinner?

What’s worse is that Nic didn’t even know she was walking into a trap. She’s going to have to carry that guilt for the rest of her life. And her career? She can kiss that goodbye because Chastain is getting ready to get rid of the “problem” doctors; the one that cover up mistakes by calling them “complications.”

Of course, the world isn’t a fair place and the people that actually are making the mistakes and costing the hospital money — Lane, Bell, etc. — won’t be terminated, but the decent doctors who put in long hours and personal energy into the patients will be the first to go.

The higher-ups in Chastain wear so many faces. Lane showed her ugliest side with this stunt, but Bell wasn’t any better.

He knows he’s running out of time as Claire tries to eliminate surgical errors by installing cameras.

Somehow, he’s been avoiding close calls like Catherine’s emergency surgery, which would have definitely revealed his inability to perform.

Conrad conveniently pulled him off because Catherine is his ex-fiancee and he couldn’t risk anything happening to her.

If everyone knows his nickname that Bell’s nickname HODAD, how is Claire so out of the loop? It seems to be common knowledge that he fudges up procedures and puts patients at risk.

Sadly, just because all the interns and residents know something, doesn’t mean they can do anything about it.

Who would the boards believe? Someone that’s just starting out their career or acclaimed surgeons and doctors who have years of experience? That was a rhetorical question.

However, since they’ve involved Devon’s fiancee Priya, we’ve found out something very interesting — many of her patients are in complete remission for incurable cancers.

It could be a miracle or it could be that she’s misdiagnosis patients.

It felt a bit like foreshadowing when the other oncologist asked for a full workup, including a name of who referred Lily in the first place. If no one referred her, maybe she was never sick! Can you imagine if Lane was pumping chemo into a perfectly good patient to line her own pockets?

Ugh, this woman just keeps getting more and more despicable.

I hope they bring her down and make her pay for every single person she’s put at risk. This definitely means war.

I was really rooting for Lily — she’s become the picture of innocence in this series — and was convinced Conrad would be able to save her.

His refusal to give up on Lily so painful because there wasn’t anything more he could do. He was so emotionally invested in her care and she was just gone and he couldn’t bring himself to let go.

That’s really what makes Conrad such a great doctor — he cares about his patients.

At first, I thought Catherine’s visit would be really cliche; old girlfriend comes to get treatment from an ex-boyfriend and tries to get back with him.

But in actuality, Catherine helped move the Conrad and Nic storyline forward while allowing us to learn a bit more about the doctor and his feelings for the nurse.

His relationship with Catherine fell apart for the same reason it ended with Nic — he couldn’t open up and fully let them in.

However, Catherine tells Nic she must be special as he gave her his mother’s ring, which she still wears even though they broke up.

“You must mean a great deal to him if he gave it to you,” she adds.

Nic confronts Conrad about it and he reveals that his mother told him to give the ring to “the love of his life.”

If you weren’t shipping these two before, you definitely are now.

Catherine admitted that Conrad has definitely changed; he’s no longer the wild and rebellious guy she knew. I’d argue that he’s channeled his rebellion into defying authority and breaking rules to help his patients. But he’s still a guy who needs guidance from Nic and she loves him enough to be his rock.

However, as much as I’m rooting for them, I don’t mind seeing them in the friend-zone for now because they make it work.

Conrad is walking proof that you can stay friends with your exes, even ex-fiancees.

He couldn’t be more genuine when telling Catherine about her pregnancy, especially since he knew how badly she always wanted to have kids. And he went out of his way to save her during unexpected surgical complications.

To be honest, if my ex was a brilliant doctor and all-around good human like Conrad, I’d probably seek treatment from him, as well.

Thoughts on The Resident? What will happen to Nic after she inadvertently killed Lily? Will they find any incriminating evidence to take down Lane? When will Nic and Conrad get together?

And most importantly, will every episode feature puppies?