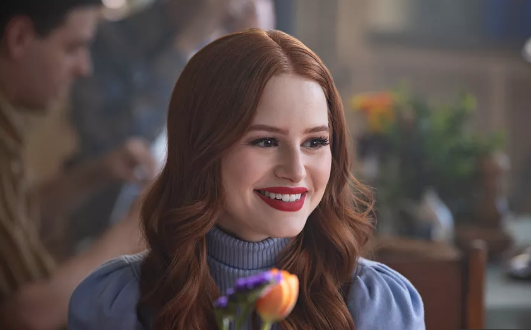 I’m going to start this review by echoing the sentiments of my friend who texted me “how the hell did we get here” while watching the penultimate episode of Riverdale.

They figured out how to hook us just enough to keep us around all season and then, right before the finale, they dropped bomb after bomb on us.

All the weird things that have been happening leading up to this episode have finally started making sense.

There’s still a few mysteries we need to solve, but for the most part, we got all the answers we’ve been searching for all season.

Who is the Gargoyle King?

After a deep dive that led Jughead to Ricky, the Lost Boys, and finally, Ethel Muggs, he finally got the name of the masked creature wreaking havoc on Riverdale: Jason Blossom.

The same Jason Blossom who died in season one?

Jughead even dug up homeboy’s grave to make sure this wasn’t some cruel joke and sure enough, the casket was empty.

How many times do I have to remind myself — if you don’t see a body, don’t believe they’re really dead.

It’s unclear how Jason Blossom managed to stay alive — we all saw that video — and how he managed to lurk around Riverdale undetected.

Was he always wearing his GK garb?

It also begs the question: is Jason working directly with The Farm?

After all, Cheryl Blossom swore she was hanging out with her brother again.

Which brings us to The Farm and what they’re really up to.

This one blew my mind slightly more than the Jason Blossom reveal.

No wonder they’re such a lucrative business.

It all started when she gave herself over to The Farm because she needed protection from the Gargoyle King and the Black Hood aka her dad.

Edgar Evernever opened her with open arms, and I became highly suspicious.

Then, Alice and Polly teamed up to tell Betty that she was a carrier of something called a “serial killer” gene, which sounded made up to me.

Can someone really be tested to see if they’re a potential serial killer? Highly doubt it.

But it was Edgar’s way of getting Betty into one of his hypnosis sessions where she came face-to-face with “Dark Betty.”

Now, for a moment, I truly thought Betty was about to have a split personality meltdown, but thankfully, she outsmarted Edgar by popping some candle wax in her ears so that she wouldn’t “go under” during their next session.

And instead of confronting her inner darkness, she came face-to-face with Polly who was dressed like her and trying to convince her of all these falsities.

Not only is Polly a Farmie, but she’s also willingly messing with her sister!

Betty could have outsmarted Edgar and The Farmies if she wasn’t so vocal about her suspicions.

She thought she was invincible, but when you’re on the inside, you probably should lay low.

Instead, she was walking around telling everyone her theories about hypnosis and figuring out way too much about Evelyn and her dialysis.

It’s almost like she was asking to get caught.

Eventually, she realized that the “procedures” to get rid of internal pain that Edgar manifested into physical pain was basically a surgery to steal kidneys and other high-priced organs.

Kevin and Fangs already “donated” theirs and Toni was scheduled next.

Thankfully, Betty made it in time to warn Cheryl who was finally convinced that Betty was onto something.

Unfortunately, it was too late.

Betty was pinned down by Kevin and Fangs who were upset that she was being a “detractor.”

Cheryl and Toni narrowly escaped with Cheryl allowing Toni to make a break for it while she distracted the guards.

Both Betty and Cheryl were taken and based on Betty’s interaction with Edgar, they’re about to lose a kidney!

The good thing is that Jughead, FP and Toni are bound to return to save them all.

Edgar might ensure that Betty doesn’t “know” anything, but Toni most definitely will. And she’s going to know that Betty told the truth.

And don’t even get me started on how he’s going to silence Betty. It’s looking like electroshock therapy to me!

Then, we have Archie and Veronica who tag-teamed to take down Hiram Lodge who was planning to purchase the town of Riverdale and run it as he saw fit.

Archie challenged Hiram to a boxing match in order to distract him while Ronnie convinced Hiram to do illegal bidding on the fight at Le Bonne Nuit.

Since Archie’s mom set them up with an FBI agent, she crashed the whole thing and arrested Mr. Lodge.

“I won,” Veronica told Hiram as she licked off the taste of satisfaction from her lips.

Ronnie and Archie may believe that, but we all know better. Hiram is capable of anything. If the Black Hood can escape from prison, those bars won’t hold Hiram down for long.

And those two just made an even bigger enemy out of Hiram.

I also couldn’t help but laugh when Archie confirmed that “yeah, Ronnie. Your dad sucks.”

Sadly, despite being a dynamic duo once again, Ronnie chose to rekindle her romance with Reggie.

Obviously, this crushed Archie, but something tells me their relationship isn’t over yet.

Veronica didn’t seem too convinced with her decision given Reggie only won her over by beating Archie to the punch.

Reggie may have helped her with the club but Archie took some nasty blows from her dad, again.

Not to mention Hiram was planning on killing Archie in the ring for some clout.

Doesn’t anyone think Hiram should just grow up?

And, of course, we still haven’t dealt with the Black Hood. Why is Hal so hellbent on killing Betty?

Is he working with the Gargoyle King?

How insane was tonight’s episode of Riverdale? What do you think is going to happen on the season finale?

Sound off in the comments! 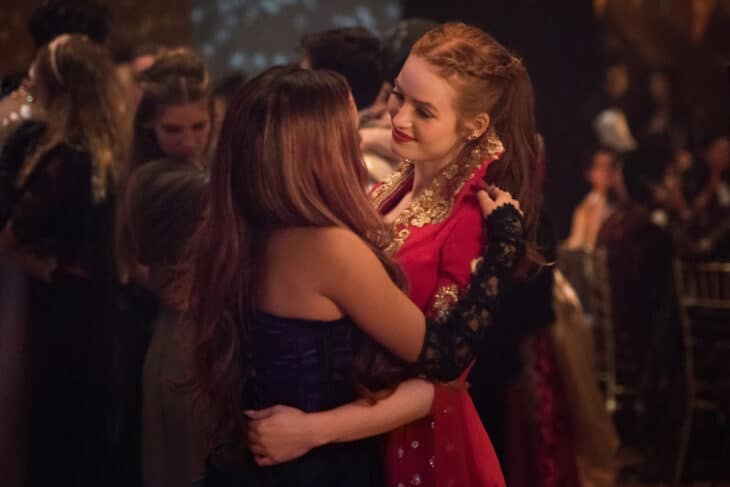 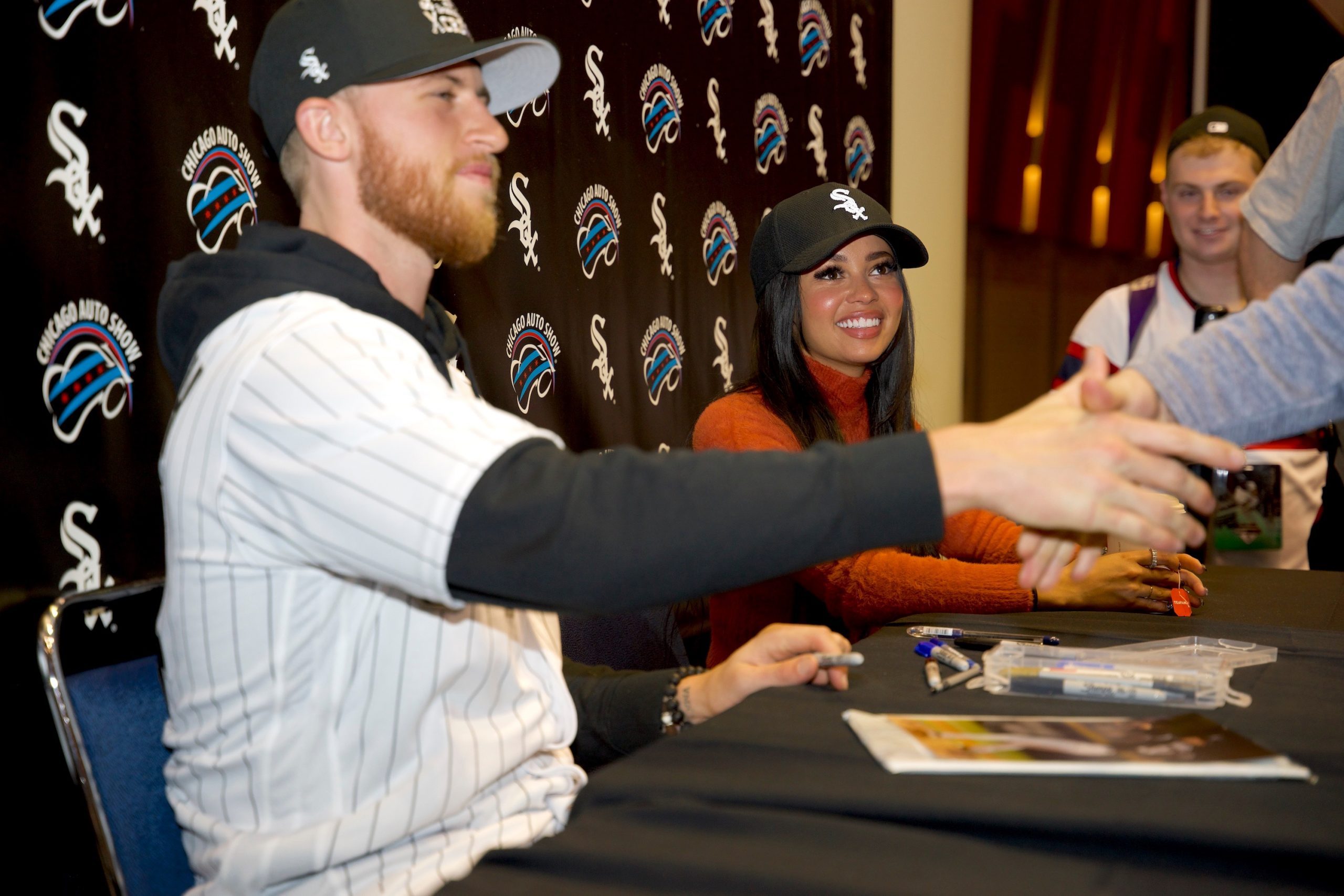