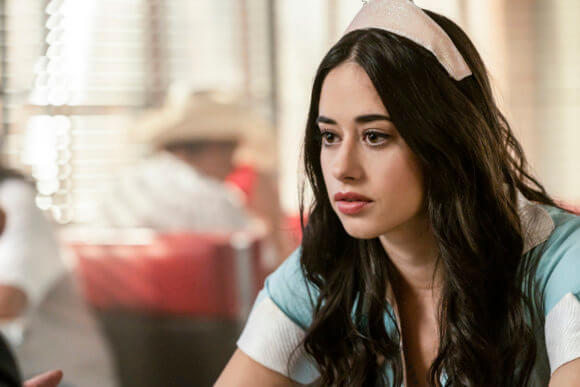 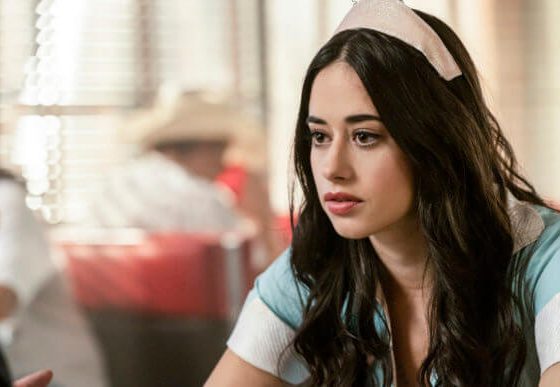 It’s been almost a year since Max sacrificed himself to bring Rosa back to the land of the living in a moment fueled purely by his love for Liz Ortecho.

Yes, we’re talking a full year (give or take a few weeks) since the heartbreaking and jaw-dropping finale of Roswell, New Mexico season 1 aired.

In that time, you’ve probably spent your days pondering how it was possible that Rose was resurrected, if Max was really dead, how people in town would react to Rosa’s return, if people would question where Max went, and if Liz would resent her sister for inadvertently killing her boyfriend.

All fair questions that the Roswell, New Mexico season 2 trailer is here to address… at least, in some capacity.

The extended trailer kicks off with Liz mourning the loss of Max by, quite literally, crying over his dead body.

Rosa comes out of nowhere and questions what happened, “I don’t understand, you look different,” she says to Liz who promises to “explain everything” just as soon as she wipes those tears away and accepts her new reality.

As Rosa suggests they call an ambulance, Liz assures her it’s too late because “he brought you back to life.”

Kyle, Liz’s ex-squeeze, is the first to see Rosa alive and he cannot believe his eyes.

His reaction is, and I quote, “whoa,” as a dumbfounded look spreads across his face.

Related: Catch up on Roswell, New Mexico Season One

Elsewhere, Isobel is not doing so hot following her husband’s death (remember – he was revealed to be the man responsible for killing Rosa), and all that anger starts blowing fuses in her house. Or is she being haunted by his ghost? Both are valid and possible.

She’s also using that anger to charge her powers to “protect herself.”

Liz gets questioned by the Sheriff about deputy Evans’ disappearance as she slides over a picture of the late (and definitely not great) Noah, who died the night of the lightning storm.

Also, Liz has a full-on breakdown in the shower showing us that she’s the queen of showcasing a full range of emotions in a trailer that clocks in at under 1:15.

And if that wasn’t enough to keep your head spinnin’ like a UFO, Alex Manes as his ex-lover Michael Guerin if there’s a possibility his girlfriend Maria DeLuca might have been abducted.

Guerin, who doesn’t want to hear it at first, is heard saying that “there might be an alien connection.” Well, when isn’t there one, Michael?

In the end, Liz explains she intends to repay Max for the ultimate sacrifice: “Max gave me back the only thing that mattered to me. Now, it’s my turn.”

And for those of you who don’t believe that Max is really dead, Nathan Parsons’ told Entertainment Weekly “I am fully dead.”

But don’t worry, being dead on The CW never limits anyone’s screentime and he assures us that the series found a creative way to use him so that he’s still very much part of the story.