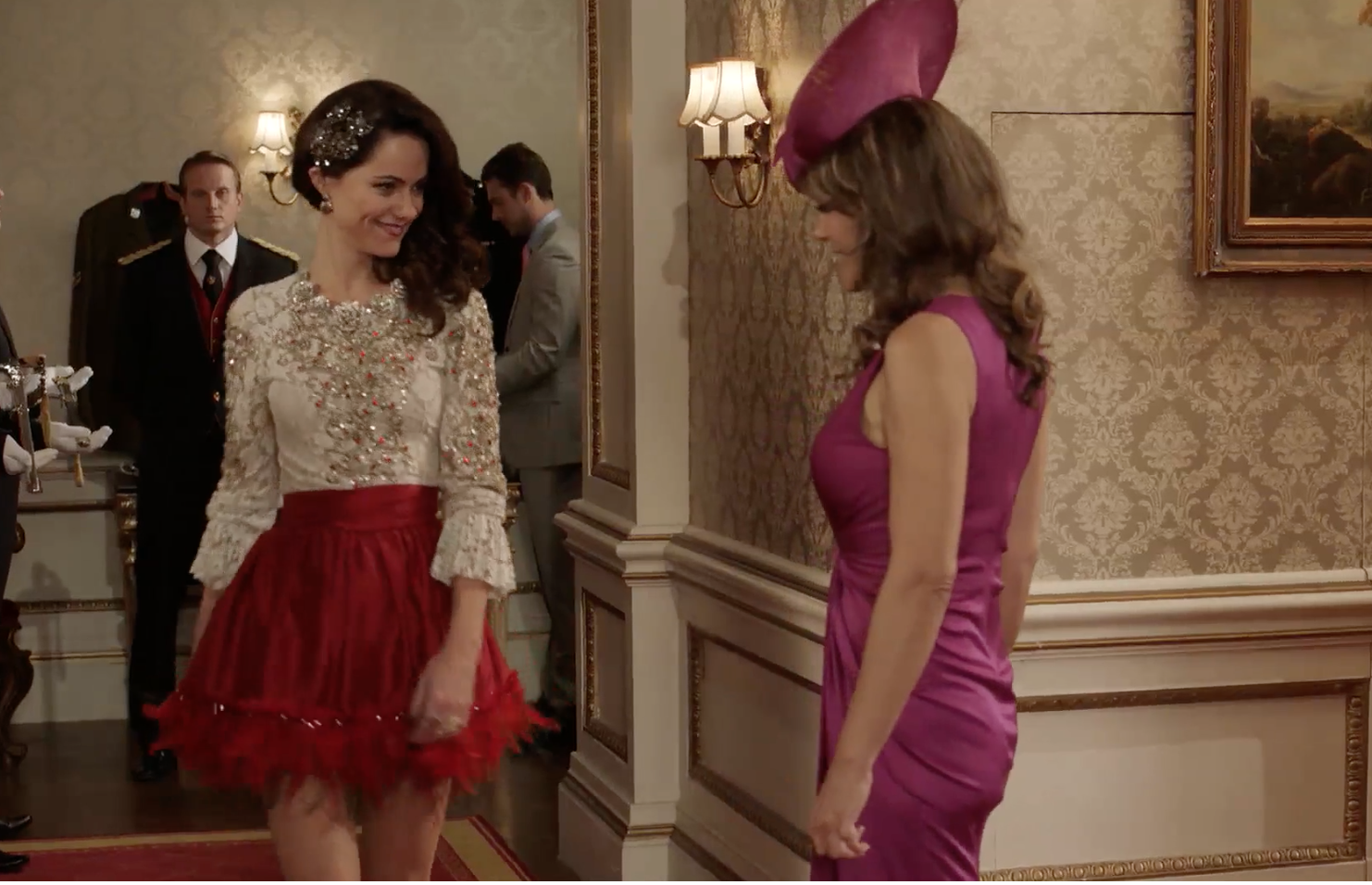 It was a big episode for the royal family and England this week as it was the first public debut of Prince Robert with his family. A royal affair if you will. And the excitement was heightened by the fact that for the first time in history, there were technically two Kings. Cyrus wasn’t about to step down and give up the throne however the throne did belong to Robert because of blood. So what now?

Helena wanted to do everything in her power to convince Cyrus that the right thing to do was give the balcony moment to Robert. She should have known it wouldn’t be that easy, especially now that Cyrus had well, found himself and his “love” and was determined more than ever to beat the cancer and the rightful heirs. It was then that Robert proved just how worthy he is of the title by taking the “kill him with kindness” approach. He made Cyrus believe he was getting everything he wanted and would then steal his thunder, thus putting up a united front as a family but letting the people know, he was more deserving when it was time for them to make a decision. And really – who do you think they would pick? King Lazarus who rose from the ashes or the evil ruler who tried to lure the public through the pity of a cancer card? I hate to say it but I wouldn’t be sad if Cyrus met his end this season.

There was a lot of tension in the palace and most of it was motivated by love. Liam, who has been pushed back into Robert’s shadow, has had enough of being second-best. He loves his brother but knowing that he has to step aside and give him everything he’s worked so hard for isn’t an easy feat. Yet, he’s known his “place” since birth. But the stakes have been heightened with the addition of Kate – the girl both royals long for. Lucky girl, right?

Kate continued to feel guilty for sleeping with Liam, even though technically, she didn’t do anything wrong since she believed Robert was dead. Now that Robert’s back, it is a little more complicated. Liam promised her the world while Robert always kept her a secret. However he took her on a motorcycle ride to the spot of their first kiss to explain that his time away really made him realize what’s important. It seems like Robert is willing to rekindle their relationship and even make it official, which isn’t a bad bet because if he becomes King, that’s any girls dream. But she wouldn’t in good faith not tell him about her relationship with Liam and that would cause some tension between brothers and might make her lose them both. In fact, Liam almost did tell him today – what would happen if he did? Think it will get out because her sister now knows the truth?

Beck returned this week to stand by Robert’s side but swore it was because of his love for Eleanor. Except those feelings she had for him were completely gone because her and Jasper were finally in a good place. Beck’s jealousy got the best of him and brought out his ugly side as he tried told Jasper he would never be good enough for Eleanor. Seriously, what an ass. I love that Eleanor and Liam aren’t pompous jerks though and really consider Jasper a friend and an equal. When Eleanor found out about Beck’s antics, she let her old flame have it telling him he may be royal but his behavior make him much less. And the whole thing strengthened her relationship with Jasper and they got down and dirty on the King’s throne. Oh and not to mention Liam later punched him in the face. Bloody brilliant. Seriously, so many good moments from the royal children this week.

What do you think? Will Liam finally tell Robert he’s been snogging his ex? Will Jasper and Eleanor continue to make it work? Who will take the throne – Robert, Liam or Cyrus? And will we ever see more of Helena’s new love life with the Lord Chamberlain? I’m waiting patiently.