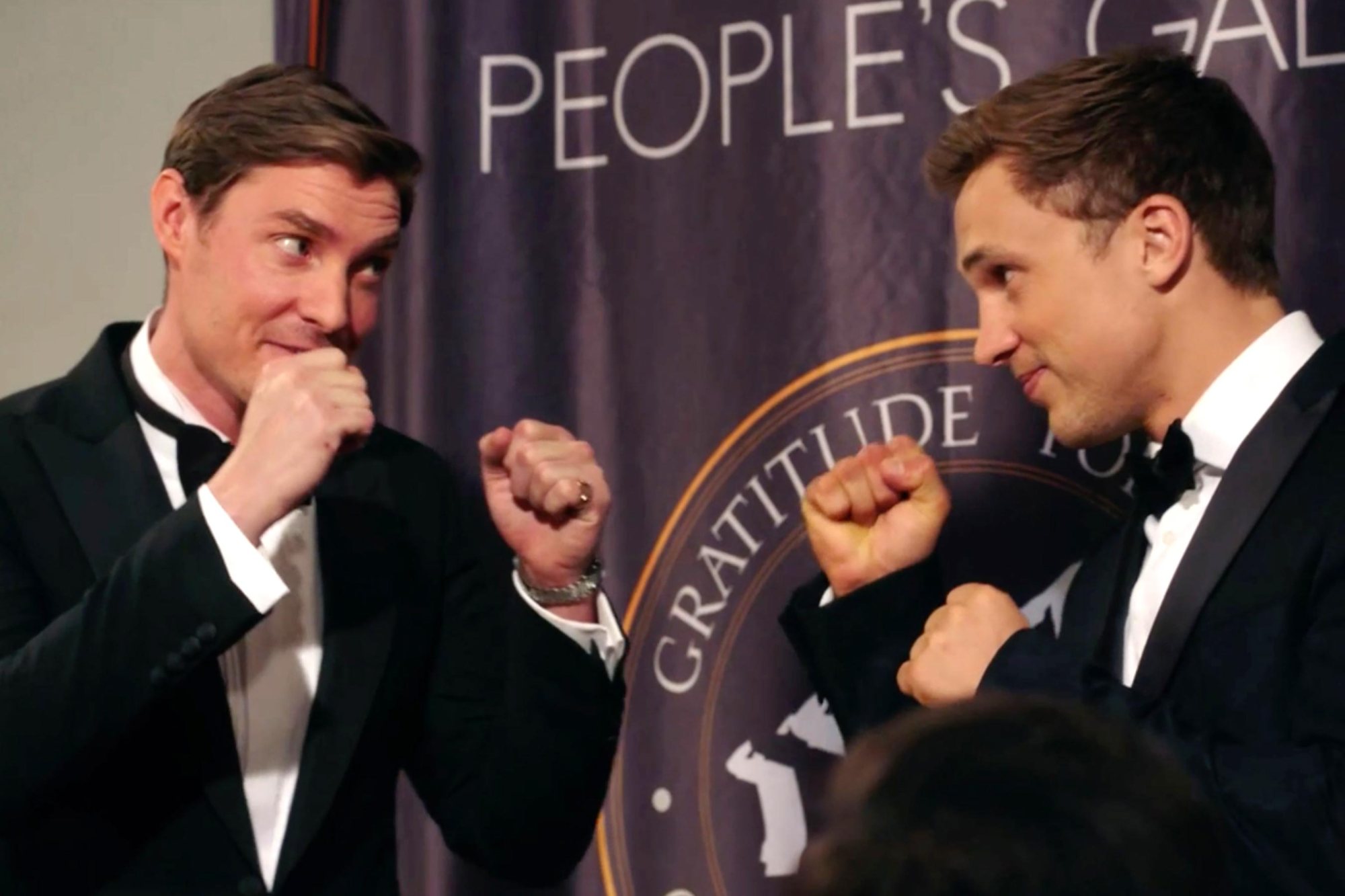 The palace cleaned up a bit on this weeks The Royals to host a charity boxing match that was far from charitable. The basis of it all? Liam was set on getting revenge on his brother Robert.

Eleanor put together a really incredible event in hopes of getting her mind off of Jasper, who dissapeared on a “leave of absence” after breaking up with her on Christmas Day. We now that he was protecting the Princess from their “love” story getting out – a love story sold to the reporter by his con-artist father. The reporter even had the nerve to swing by the palace for an interview with Eleanor, asking about her love life several times before she was told “print whatever you want and see yourself out.” I have a feeling Len will regret those words.

For the time being however she found comfort in Prince Sebastian, a man who won an evening with her in the auction and was there to give her unsolicited dating advice. The initial breakup hurts but she’s strong and it will get better. However she still went with a female bodyguard this time because well, Jasper is irreplaceable.

Len wasn’t the only one auctioned off during the gala… an auction that was rigged, I might add. What do you expect of royals who are used to getting whatever they want? Kate won a date with Robert, which was just what he wanted so that could spend a proper evening with her and let her know that things wouldn’t go back to the way they were. He was ready to take their relationship to the public – a move that would only continue taunting Liam, the little brother who has been pushed into the shadows again.

Much of the focus was on the brother’s today and Liam’s struggle with Robert’s return. After his bro rose from the dead, Liam watched everything he cared about slip through his fingers – the throne, the people, the man he’d become and even the girl. And despite his best efforts, which consisted of him actually beating his big bro in a boxing match, she still chose Robert.

Then to kick him when he’s low, Robert admitted that he let his brother win because he wanted the charity to get the biggest donation from King Cyrus – a charity started by Liam, which he’s taking for by the way. Seriously, Robert is not a good person.

The Queen also kept rather busy in the love department. She started the day with Lord Chamberlain in her bed and promised not to enjoy her date with the winning suitor, a promise she made in order to convince Robert to look into a list of potential women for him. However she found herself really enjoying her time with the auction winner and even invited him for a nightcap, something Chamberlain was not pleased with. That’s what happens when you get in bed with the Queen… you develop feelings, she’s just quenching her sexual needs.

I enjoy getting totally sucked into the monarchy every week but the story line has remained pretty stagnant and tame lately. Who will take the throne? Will Liam care about anything but sticking it to his brother? Will we ever see Ophelia again? Will we ever find out what exactly happened with Robert and why he waited so long to escape his island? Can we please meet Jasper’s parents? I want more than just a heartache for Eleanor and a brotherly brawl between Robert and Liam. I need more flair, more dramatics and I know The Royals can deliver.