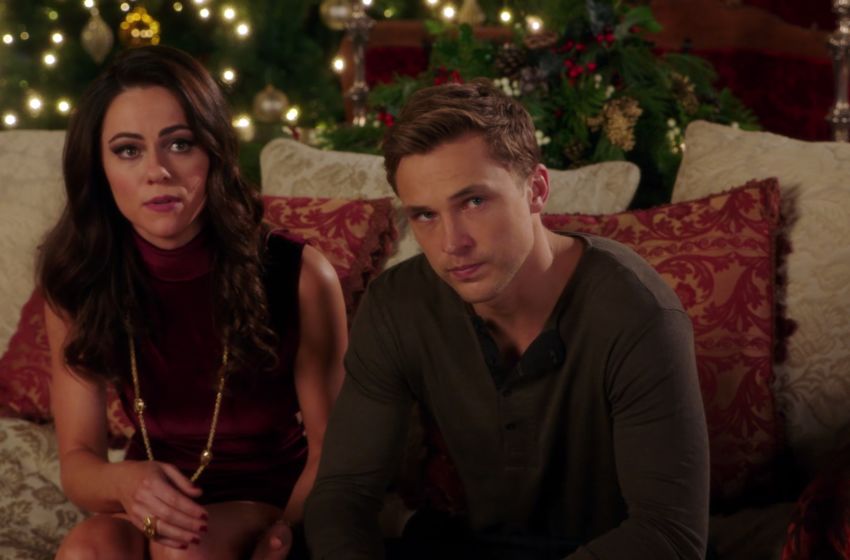 I was just getting over the holidays when The Royals aired their Christmas episode and put my right back in the spirit.

Spending time with family is always chaotic, especially when you’re the royal family that just realized their son/brother Liam sent the whole staff home. Without anyone around to help them set the table or cook the meal, they realized this Christmas would be anything but merry and/or happy.

Jasper and Eleanor seemed like #royalrelationship goals in the beginning of the episode. The way he looked at her, smiled at her, the way he conspired with Alice in the palace to make her the PERFECT Christmas present – a fairytale book. I mean seriously, Jasper is the man every girl dreams about. And Eleanor was so happy with him, even hoping to spend the holidays with him and encouraging him to rekindle his relationship with his parents because despite the drama, they loved him and she’d do anything to have her father back.

Little did she know, Jasper’s father would be the tragic undoing to their relationship. These two are literally like Romeo and Juliet! She was happy on Christmas Eve and miserable on Christmas Day. Halfway throughout the holiday festivites, Jasper got a frown-inducing text message. He met up with a woman who threatened to expose the Princess’ relationship with her con-artist bodyguard and even claimed to have a source. Adding fuel to the fire she told him, “my story is true but I’m not the one bringing her down, you are.” This after weeks of Jasper feeling inadequate to date someone of Eleanor’s stature.

Instead of telling Eleanor exactly what happened, he broke her heart by acting like a complete douche and treating their relationship like something he never enjoyed. He told her he was feeling “suffocated” and that she shouldn’t have given him all those chances because he didn’t deserve them. My heart was shattering right along with theirs.

The breakup initially upset Eleanor but after a Alice revealed Santa brought them all presents, presents which turned out to be from the late King Simon, she agreed to give the Christmas speech to the people and it was filled with hope and strength – something this Princess definitely represents.

Jasper and Eleanor weren’t the only crisis on Christmas. Liam was still feeling pretty pissed off about always playing second fiddle to his big bro Robert. While their relationship initially seemed loving, I’ve noticed Robert uses any chance to stick it to Liam that he’s just the “sparrow.” It didn’t help that King Cyrus was also calling him worthless. After getting his father’s boxing gloves as a present, Liam decided to go and take the one thing that could be his by choice – Kathryn.

Kathryn however told him that it wasn’t “how things should be,” which was even more frustrating. She made a pretty good point though – they both loved Robert and if he hadn’t quote on quote died, they would have never hooked up. And when he did quote of quote die, they would have given anything to have him back. Why mess it up now? Seems like she made her choice and with that Liam challenged his brother to a boxing match in the coming weeks adding that he won’t apologize for the self-assured man he’s become while he was gone. Long live King Liam!

Robert also sparred with Cyrus this week because the battle for King is on. From inside the halls, it’s clear which of the two actually deserves the crown and it definitely isn’t the drunk Uncle who dresses as Santa and knocks over the Christmas tree.

As for the Queen, she finally enjoyed one of her first Christmas’s in the palace, despite having a black eye after being attacked by the figgy pudding while making love to the Chancellor in the wine cellar. Seriously, I love them as a couple and I hope he’s serious about his feelings for her and not just because he’s here to “please the Queen.”