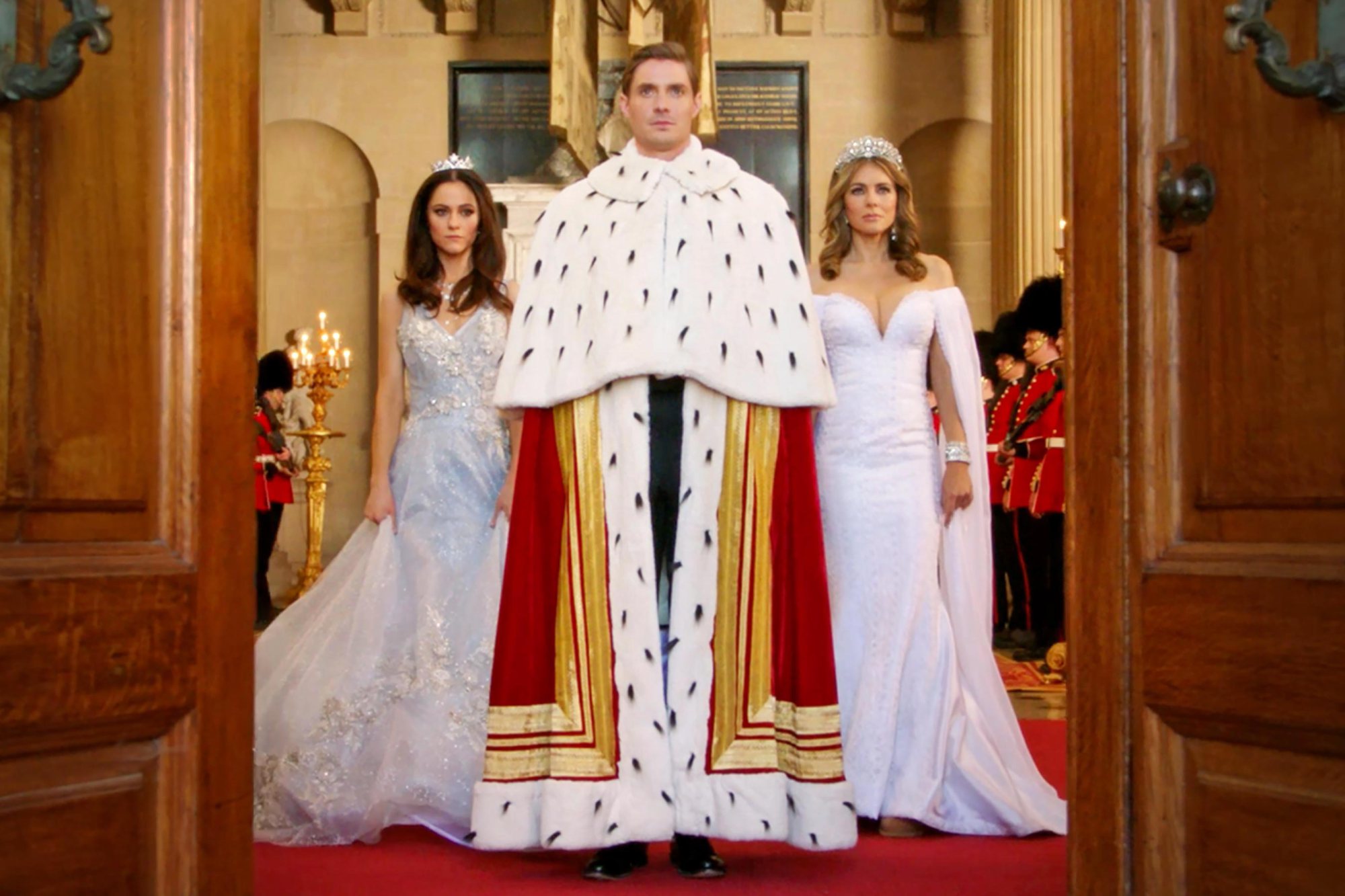 England has a new king but it isn’t necessarily the king they needed. And Liam tried to warn them. He really, really did.

From the moment Prince Robert returned from being “dead” aka stranded by choice on an island, Liam knew he was trouble. This Robert wasn’t the same guy he once looked up to, admired and chose to be a spare for. In fact, like Eleanor joked, it’s as if he was Robert’s evil twin.

Liam tried to warn everyone around him but Robert had them all fooled. This was his birth right and as such, he would become the next King. Even Len turned on Liam thinking he was just acting out.. and when it was too late, they all realized he really was onto something.

Robert knew exactly what he was doing when he returned. He could have come back at anytime but he waited, carefully planned when he would escape the island. Liam blamed him for just abandoning the family, which lead to his father’s death and ultimately, Cyrus becoming King. And you know it’s saying a lot when the new King might actually be worse for the monarchy than the one who casually plays Russian Roulette, knights a hooker and sniffs copious amounts of cocaine. Liam made the realization and refused to stand by his brother at the coronation, turning instead to Cyrus for help. Last we saw them, Cyrus took the gun and pointed it at the back of Liam’s head.

All that as Robert walked all over the ones that loved and cared for him, including the people of England, selfishly, to take that crown. One thing became very clear at that moment – he was responsible for everyones undoing.

Jasper and Eleanor’s whole “break up” was caused by Robert, who then hired Jasper as his head of security so that he could always keep a close eye on him. Flashback to Christmas, Robert was the one who stole the love letter Eleanor left for Robert, which explains why he never read it and never knew how she felt about him or why she was so upset that night.

Then he called Jasper’s father and gave him the exclusive so that he could sabotage their relationship, knowing damn well what Jasper would do considering his insecurities of not being able to trust anyone based on his past. And when Len was at her lowest, he invited Sebastian to the ball to woo her and “pick up the pieces.” And not to say he’s a bad guy because he isn’t – he’s given her the space she needs, sound advice and a career goal – but he isn’t Jasper. And like Alice and Eleanor’s new detail, I’m a fan of Jasper and Eleanor together.

Since the Princess is planning to leave the palace for 6 months on her new creative venture, Jasper finally took it upon himself to “fight for her” and tell her he loves her. That came right when she was completely vulnerable because Alice gave her the “fairytale” book he made for her for Christmas but never gave her.

There is such love there but Eleanor never really gives him the benefit of the doubt. Sure, her heart has been broken and she too has trust issues, but she doesn’t even stop to consider why he did what he did that night. He didn’t handle the situation the best way he could but he did it to protect her. It’s always been about her and in the end, he promises to keep fighting for her. As far as royal relationships go, this one is the real deal.

Robert’s relationship with Kathryn wasn’t exactly meeting his standards, although she didn’t find that out till the very end. Kathryn turned down Liam after finding out that Robert came back and began falling back in love with him. She even believed that she would become the next Queen when he was chosen to take the throne. That is until he told her that it was going to be “hard never to see her again” after sleeping with her. Kathryn was understandably confused but Robert kept it blunt – he’d known she was sleeping with his brother since the day he returned. The only reason he continued seeing her was because she was a “whore in bed” and he knew it would hurt Liam, which it did. Can you believe this guy?

To top it all off, he crossed her name off the list of potential Queen’s and handed Wilhemina, the one in love with Robert, the updated version with his “first choice.” He asked her not to show it to his mother until after he was officially King because he knew she’d be livid. His first choice? Wilhemina herself. Knowing she’d been burned by the monarchy multiple times, he knows she’ll do anything for power and payback. And there’s nothing scarier than a conniving King and Queen.

I’m also willing to bet Robert was responsible for Jack’s plane crash. That wasn’t his only attempt at taking away his mother’s happiness either. When he saw that his mother was having “relations” with Lord Chamberlain, he fired him too telling the Queen that he was now “the King of England.” Yes, her face was definitely regretting ever helping him and not listening to the man of the people.

There was a reason King Simon told Robert he’d never make a good king – he knew his hubris would get in the way. But for now, it was that arrogance that got him to the throne.

What does this mean for the next season… besides royal drama, of course!