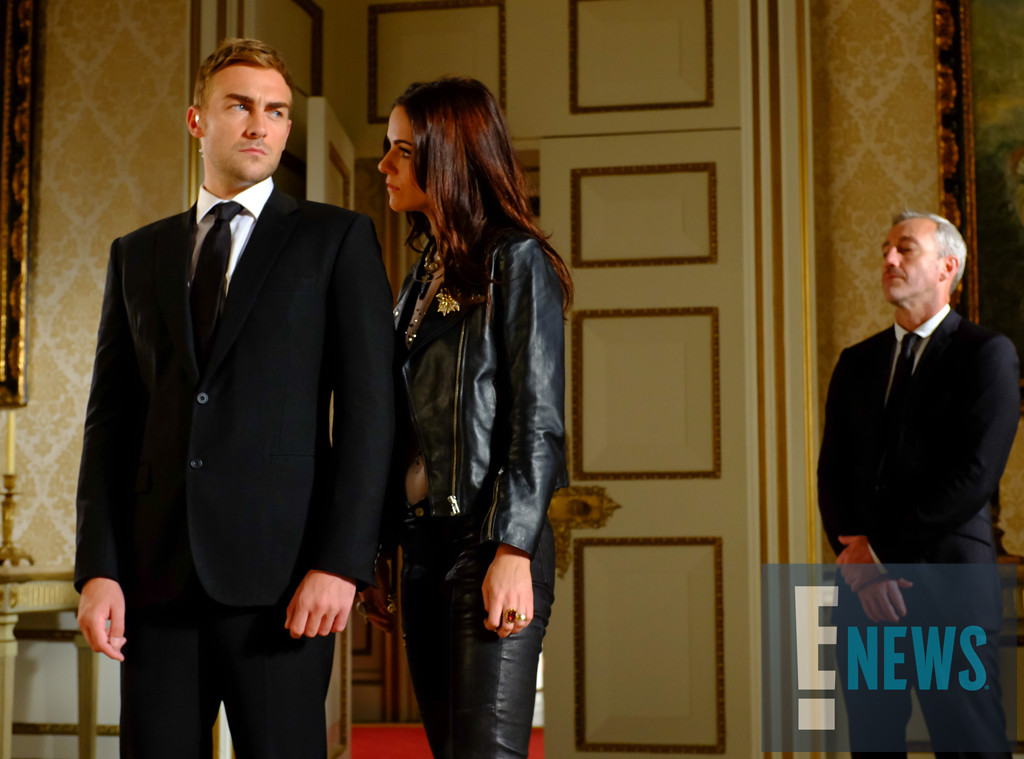 The Royals – Together With Remembrance of Ourselves (3×01)

The season premiere of The Royals found Prince Liam feeling guilty about everything that happened last season – namely allowing an angry mob to kill Ted Pryce, who admitted to killing his father, the King of England. The blood really is on his hands, which is why he’s unable to shake that he made such a decision.

Throughout the episode, Liam wonders “what would Robert do” and then seems to do the opposite by going to fight clubs and picturing Cyrus and Robert in place of the person he’s fighting. He’s also grabbing sugary cereal with Wilhemina and visiting a random woman in a coffee shop who takes care of his bloodied, post knock-out face. At first, I thought I just simply couldn’t remeber one of Liam’s women – they are all kind of a blur after Ophelia – but then I realized, we’d never met her, despite them implying that we had. “I thought about you a lot, I should have done more for you,” Liam tells her. My guess? She’s Robert’s girlfriend or ex-gf and since Liam’s been thinking about his late brother a lot, he pays her a visit.

Little does he know, Robert is actually alive and well, eating “organic” sushi on a deserted island/beach where his plane crashed. You’d think someone stranded like that would jump at the first chance of a rescue but it’s the completely opposite with him. When he hears a plane in the distance, he doesn’t turn on his flare. Instead, he puts out his campfire and crouches to the ground to not be seen. Um….  Later we see him scratch off his own name on his helmet which only means one thing – being stranded and left for dead is better than being in that monarchy…. and that’s with Robert not knowing that his father died and Cyrus has temporarily taken his place.

Ah yes, Cyrus is up to the same old same old. When he realized the Queen was hoping to dig up her late husband’s bones in order to do a paternity test and prove her children’s rights to throne, he stole them and locked himself up in his chamber so that she wouldn’t be able to get any DNA. And since his cancer is in full swing, his hairs been falling out. When he does leave the room, he either sends his double or roams around in a bubble. King Cyrus – bubble boy.

There obviously cannot be an episode that goes by where he doesn’t do something blatantly evil however. Cyrus did leave his chamber to sneak down into the tunnels and meet Jeffery Stewart. In case you need a refresher like I did, Stewart has an incriminating video on Cyrus and Queen Helena because he wants to bring down the monarchy after they murdered his sister Dominique.

Cyrus invites him up for a drink and tries to convince him to release the tape, but edit out the part with him in it. Stewart refuses because principle – he’s not a man that can be bought. Well, Cyrus anticipated that happening and poisoned his drink, after insisting he didn’t poison his drink. Then he offered him the anecdote, which in turn was more poison. He dumped the body in the river because all kings do their own dirty work, obviously. How long before he gets caught?

And in the midst of all the “weird” happening in the palace, Helena got her appointments confused and accidentally slept with her new Lord Chamberlain, thinking he was her booty call, Huge Grant, set up by Rachel. Awkward right? Although really, does anyone believe this isn’t going to be a new steamy hook up for Helena and her way to get whatever she wants passed? You go girl. And hey, it’s better than hooking up with your daughter’s boyfriend.

Speaking of, Princess Eleanor was back to her old tricks – making Jasper beg like a dog for a treat to get her forgiveness. Seriously, Eleanor has had such a troubled childhood that she doesn’t know how to just forgive and accept happiness. That’s the hopeless romantic in me talking because I have a huge crush on Jasper and want them to be together. Did you see the way he looks at her? He’s never once given up on her and I do believe they’ll be together, but I understand the hold up.  Jasper doesn’t exactly have the best track record – his ex lied, stole from the Princess and then he slept with her mother. You don’t exactly just “forget” that, no matter how much a guy tries.

My quick take on Ophelia since we’re talking about not forgiving. The two basically haven’t had a relationship since the first episodes of season 1 yet Liam keeps bringing her up as if they’re still a couple. If the show refuses to bring her back, then I would love for him to just let it go. Sure, he’s struggling because he’s got her father’s blood on his hands but well, she’s not going to forgive him no matter how evil her father was. Let it go Liam!

All in all, a solid premiere for a show that will definitely get crazier with each episode. There’s anarchy in the monarchy but I wouldn’t have it any other way on The Royals!

The Royals – Passing Through Nature to Eternity (3×02)