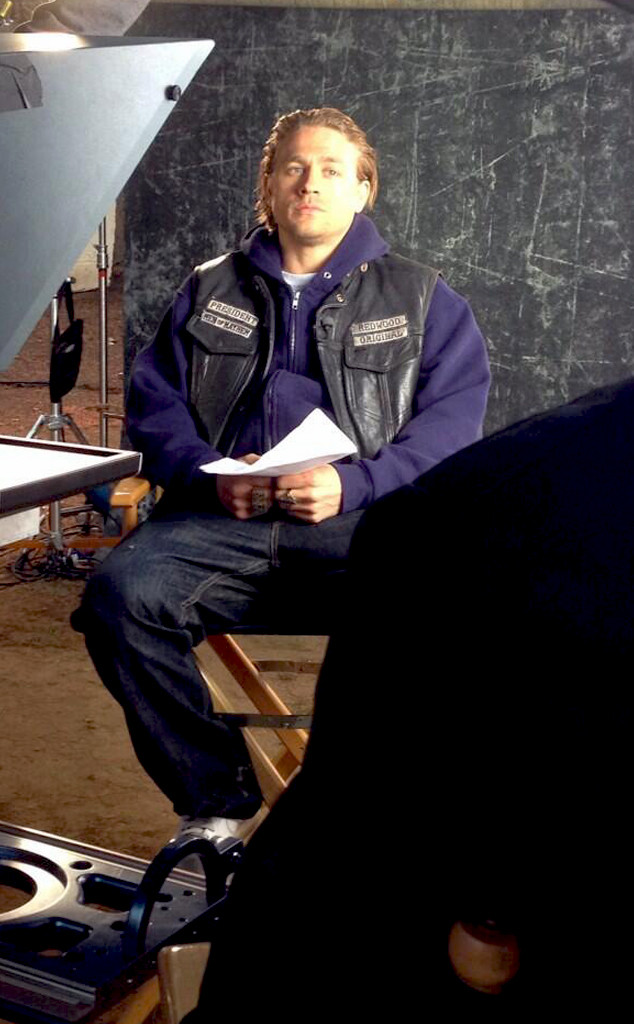 The last season of Sons of Anarchy is fast approaching and we’ve got the scoop on the seventh and final season!

The rumors about a new major character joining the highly anticipated final season are true. Show creator Kurt Setter announced the casting of this major player, but held back on revealing who wast cast or giving a description of the character. Hmm.. Not fair! He did add that the character would be in as many as eight episodes, if not more.

“I don’t want to announce, I don’t want to steal publicity thunder, so I will wait until either the network or the actor issues some kind of statement,” he said in a recent YouTube video. Whoever this new character is, we hope he is as complicated and riveting as Charlie Hunnam!

Filming for the season is also set to begin on Thursday or Friday, with the first table read scheduled for Tuesday mastermind Setter announced on his last WTF Sutter video blog.

The show is suffering from a little scheduling conflict which Setter admits will be solved by filming “a chunk of season 2, in the middle of episode one.” Can you imagine how big that read-through will be?

The script for episode one, two and three are finished and ready for filming, while episode four, five and six drafts are being written and edited.

As for what we can expect for our fave character Jax in the final season, Setter revealed that the death of Jax’s wife Tara in the finale of season 6 will impact him heavily in the upcoming season.“I wanted to remove [Jax’s] ‘True North,’ because I feel like there needs to be this major psychic and emotional shift that has to happen. What direction it will push him in we will see next season. But what happens to a guy like that now that he’s lost both of the people he loves the most, who were able to be his moral compass, with Opie and now Tara. It really is Jax completely untethered and on his own in the final season.”And finally… some behind to scene promo pics revealing a much cleaner and less hairier Jax,” he explained.

With Tara gone, Wendy Case (Drea de Matteo), Jax’s ex-wife has been upped to series regular. What implications could that possibly have on their relationship?

And finally, we get our first look at the promo’s for season 7…. Doesn’t something seem a little off? Oh yeah, Jax is much cleaner and a lot less hairier! Thanks to FX’s Vice President of Media Relations, Dominic Pagone, we see Jax like we’ve never seen him before— clean shaven!

“And here he is, Mr. Charlie Hunnam,” Pagone captioned the picture of Hunnam during the promo shoot.

Of course, the photos caused a lot of speculation as to what Hunnam was filming. Pagone was quick to clear up the rumors stating, “Last night was the first of 2 promo shoots; this was just with Charlie. I’ll tease a few shots, but remember. So don’t over-analyze the photos, don’t speculate; just get excited for the start of season 7!”

He then teased a pic of Hunnam on his bike. Obviously, there has to be a bike!!! How excited are you for the seventh and final season???