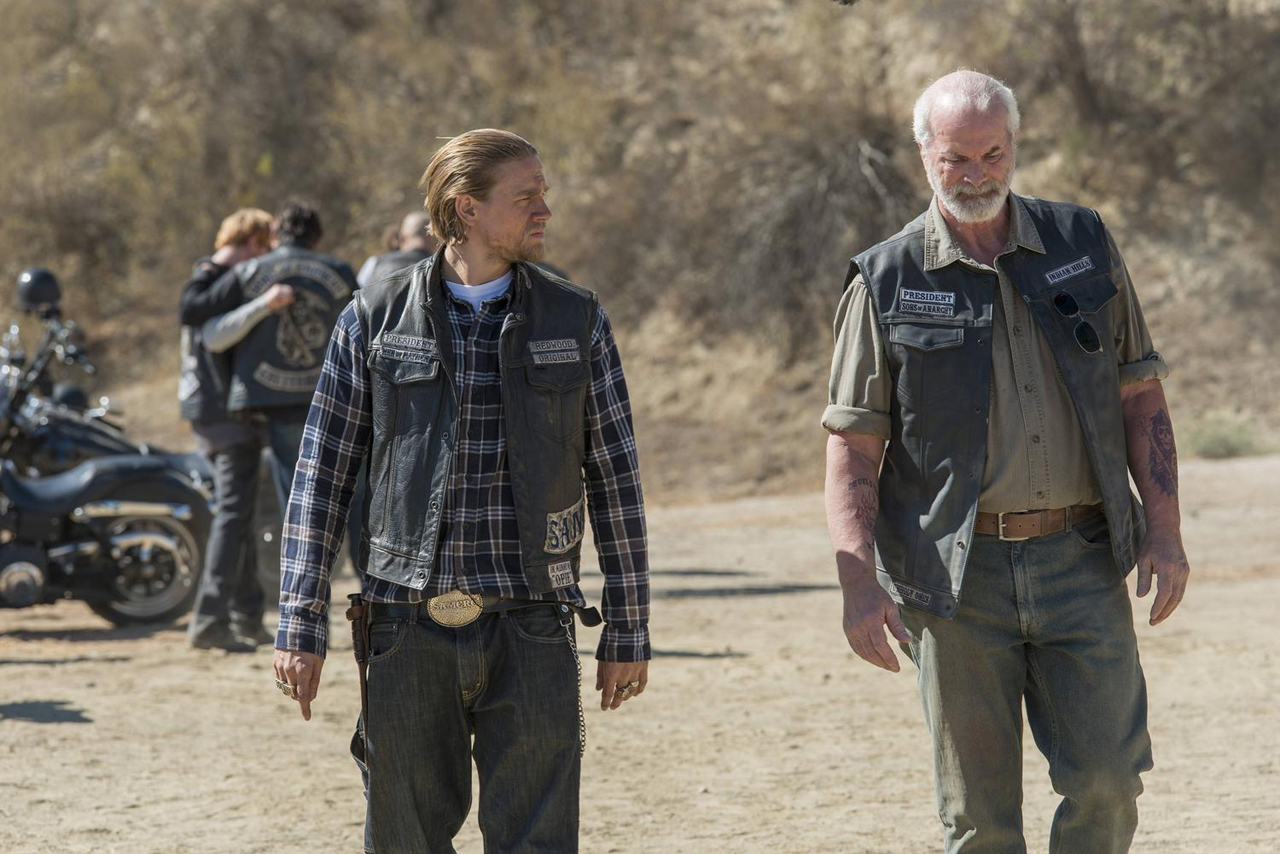 Where In the World is Bobby San Diego?

The first thing on SAMCRO’s mind is to find Bobby. It was refreshing to see through amidst all the blood and death that the brotherhood bond between the members has remained strong. Turns out that Bobby didn’t die after all, but he most likely wished he did. Bobby held up his own and didn’t give into Marks even though it cost him his eye.

Who the heck ratted out the MC to Lin? Jury! The last couple of episodes built the anticipation and now we know the truth. But why Jury? Why did you do it? Well it turns out that one of the boys that Jax killed was Jury’s son. The horrified look on the members faces were priceless when Jury’s ex gave them the news.

How did Jury take it, you ask? Well he asked for a death sentence when he called Jax out and brought his dead father into it. Jury’s idea that JT purposely sacrificed himself resulted in a bullet to the head.

If the Jury drama wasn’t enough, Abel is still acting crazy. Now he’s attacking kids at school with his lunch box. When Gemma asked him why he did it, he told her it was an accident. Could he be mimicking his grandmother? Then Gemma found dead birds in her bed and what was our first thought? Abel. But the writing on the wall was impossible for him to do. So who is coming after Gemma? And what does “No son is safe” mean?

Jarry was pretty quick to go along with the Lin setup. We wanted a couple more scenes with Chibs and his new beau, but I guess we can wait. Juice is still in jail. We’re going to go out on a limb here and say the club is probably going to let him rot there even though his helping SAMCRO get even with Lin.

Overall, it was a pretty good episode. There was a lot to build on and Sutter did just that. It’s obvious that Tara secret is going to continue to be dragged out for a few more episodes, but when will Jax find out? Do you think it will be soon? What will his reaction be? Find out next week at 9/10C on FX! Share your thoughts with us on twitter at @craveyoutv!