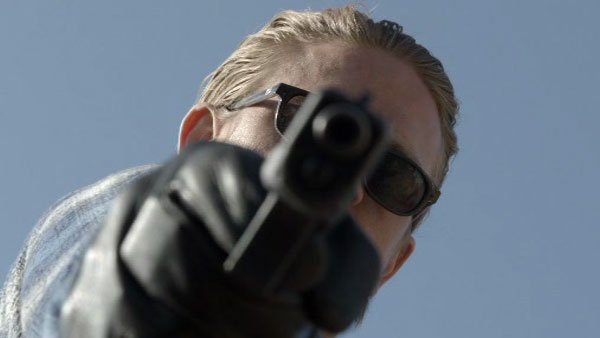 A shitstorm is about to hit Charming.

This final season of Sons of Anarchy has continued to show us signs of death and bloodshed that will not only move through the SAMCRO family, but beyond.

We were brought back into the story with a reflective Jackson Teller, who was shirtless nonetheless. Oh yes, ladies! Jax woke up alone in an empty house, with no kids running through, and no Tara. Absolutely nothing. We can only imagine the things that were going through his head as he took those long drags of his cigarette that only Jax Teller could make look attractive.

Writer Kurt Sutter let us know within the first five minutes what was going to happen between Gemma and Nero. We open to see them both waking up and sharing breakfast together. Even Wendy, who happens to be living in the house also, walks in and says, “Mom… dad.” Seems like they’re just a huge happy family now, huh?

No one is putting up a fight that Wendy is back in Charming and in the boys lives. It is ridiculous that Wendy is so ready to walk into the mother role for the boys when just a few years ago Gemma put the needle in Wendy’s hand to end her life.

Poor Unser always gets the short end of the stick. He spent the night tied up and gagged in Wendy’s bathtub while Juice decided whether or not to put a bullet through his head. Where did Unser go when Juice let him go? To the new sheriff, who asks for his help in Charming. Will Unser do it? Well of course! Unser always had a hard-on for Tara and just like Jax, he wants to avenge her death. The club is rapidly collapsing and Jax blatantly admits that he no longer has any vision for the club. He doesn’t want to follow in either one of his fathers footsteps. He’s is determined to take down the Chinese because, thanks to his mother, he thinks that Lin was the one who placed a hit on Tara. Teller not only wants to take down the Chinese, he wants to rip them apart from the inside out. His plan already started rolling in this episode when the club took down Lin’s gun shipment.

Sons of Anarchy is already off to a great start and we can only imagine where it’s going to go from here. What did you love or hate about this episode? Let us know on Twitter at @craveyoutv! And don’t forget to tune in next Tuesday at 9/10C on FX!