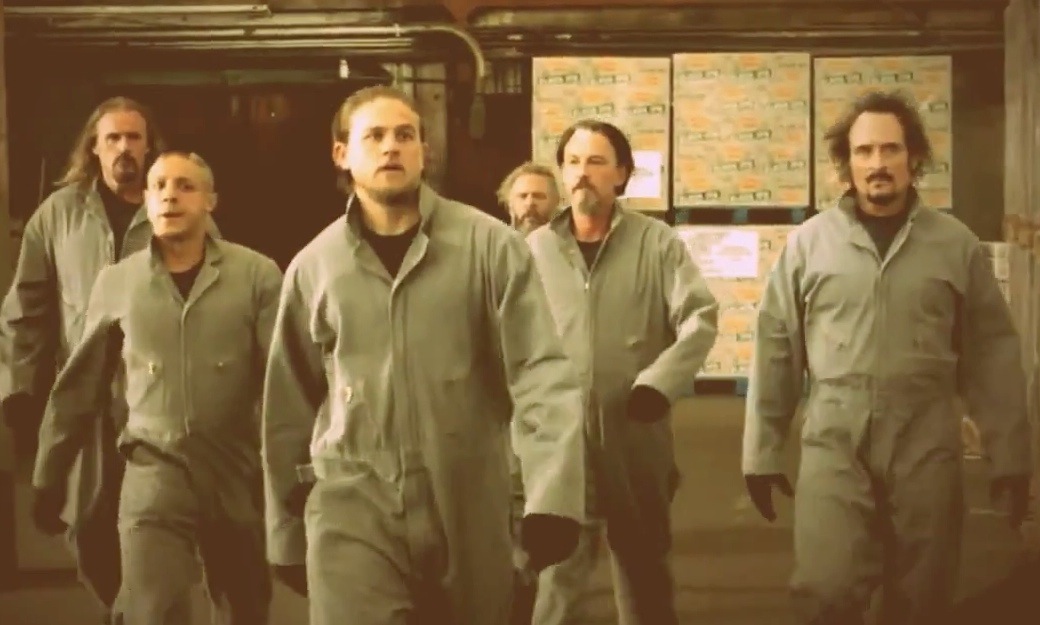 Since next week is Thanksgiving, there will not be a new episode of Sons of Anarchy until the first week of December.

This episode had enough drama to last us two weeks, but where it put the club makes us nervous. 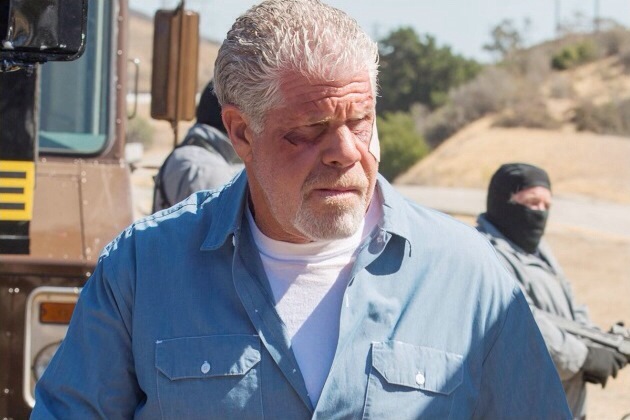 Let’s start with the good news: Clay and Gaalan are dead! The club has finally unanimously voted that Clay need to pay for his wrongs and needs to meet Mr. Mayhem. The ex-president trusted the club and thought they were going to break him out and send him on his way to Belfast. Nice hopeful thinking, huh? Do you really think you’re going to get away with murder multiple times Clay? It all will catch up to you. As Jax and the club were about to drop off Clay, the energy shifted and Gaalan and his men were shot down. Before Clay could beg for his life, Jax had a bullet in his throat. There was joy across America as we all watched Clay gasping for air, and then it happened — Jax unloaded his whole clip into his stepfather.

The toxic war between Jax and Clay is over.

As all of this was playing out, Tara, Gemma and Nero all watched on. You would think that Gemma would be relieved that her husband was gone, but it seems that she still had feelings for him. You would think after all the bull shit he put her through, she wouldn’t blink to see him in a bloody mess at her feet, but she was completely heart broken. Poor Nero. To believe that he was the love of her life and then watch her cry over the man that had hurt her so much. To complicate the love triangle even more, Munser proclaims his love for Gemma once again. Just as one of her lovers leaves, another fills his place. Who will Gemma choose to be with?Nero or Munser? #TeamNero

Tara could care less that Clay is dead. She continually reminds everyone, including Gemma, of his sins. The man deserved what he got, let’s just hope Jax doesn’t start feeling like that toward Tara. 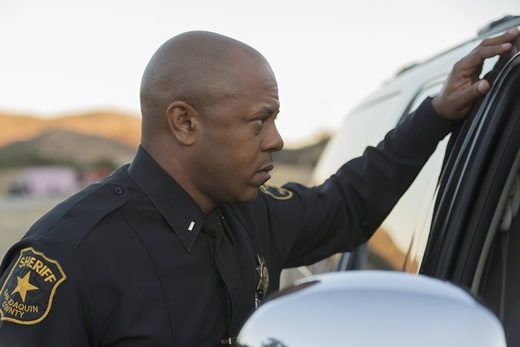 So how did Jax and the club get Clay out of jail? Well we find out that Jax lied abouthis deal with the DA and gave her the wrong information so that the police would be in the opposite direction of the club. Once the DA realizes that Jax lied to her, Tara can swoop in and get what she wants. She kept the bullet that she pulled out of Bobby’s shoulder during the jail break. Using the bullet and her testimony against the club, DA Patterson can give her immunity and witness protection for herself and her kids. But will that be necessary? When will Tara stop snooping behind the clubs back and betraying Jax? What is enough? 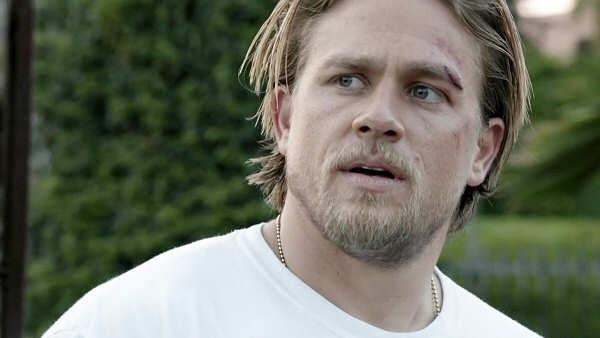 We end seeing that the club is out of the gun business. About damn time! The story Jax tells Connor is far fetched, but it’s a good front to keep business clean. Clay killed Gaalan and then Jax did the heroic thing and killed Clay. Now Jax keeps the guns from the Irish and wants to use them to get the cops off the club for the school shooting. He’s all about tying up loose ends. Hopefully it works because the DA is no longer on his side.

What will happen to SAMCRO? Will the loose ends stay tied up of will it all begin to unravel? Will Tara do the right thing or continue to betray the ones that have been there for her all of this time? If Jax finds out what Tara is up to, will anyone be safe?

Sons of Anarchy: “You Are My Sunshine” Preview