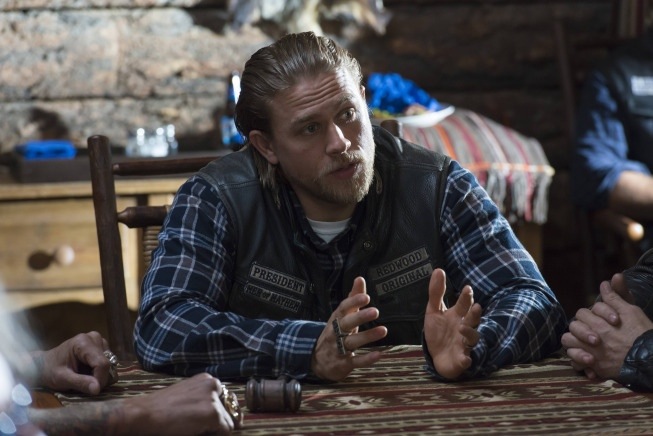 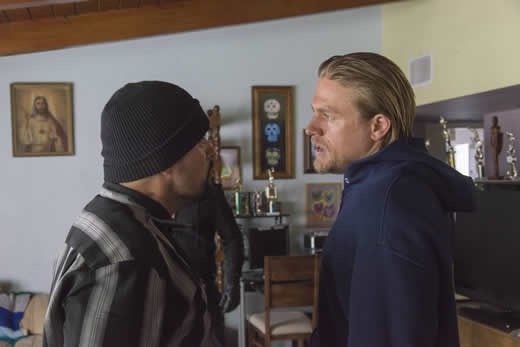 Tonight’s episode of SOA was a whole lot of, “what the hell?!”

Last week, things in Charming looked as if they were going to start slowing down. The drama between Tara and Gemma continues. As if drama would leave soon…

Everyone in SAMCRO is going to have to deal with the consequences from Tara’s choices whether they agree with her or not. Not even Unser or Wendy expected Tara to sink to Gemma’s level. But a desperate woman will do anything for her children.

With Gemma in jail and Roosevelt talking, Gemma starts to figure out that Tara was not pregnant and that she faked her miscarriage. Tara covered her bases though and has two eyewitnesses that puts Gemma at the scene kicking Tara in the stomach.

Since the DA couldn’t get Tara to testify against the club, she starts going after Nero. She tells Nero’s lawyer that the only way Nero won’t have to face prison time is if he gives up SAMCRO. Why this DA is so obsessed with the club is beyond me.

Unser grew a pair and confronted Tara. His courage has grown over the past couple of seasons. He’s finally got some common sense. Unser knows the miscarriage wasn’t real, but what did she do it? Tara just wants her kids safe and away from the club, but is that really the only way to get that done? Unser’s loyalties still lie with Gemma and he’ll do whatever he can to protect her. After waiting for what seems like hours for her to be released, he spills his newfound information. Tara faked the miscarriage. Will Gemma ever forgive her or will he revenge be even worse that what Tara could handle? 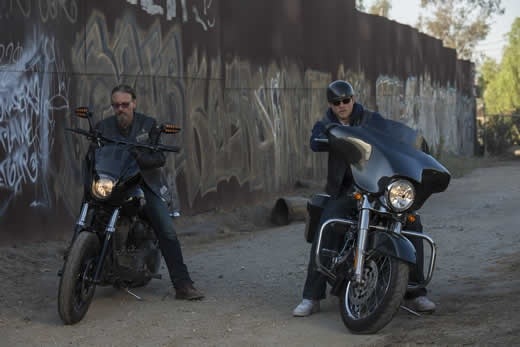 As if the club can’t stay out of trouble a mystery car runs over one of the guys and the DA starts questions Chucky. Out of all the guy, Chucky! The man can’t even spell his own name. Chibs had the body cleaned up, how did anyone know there was a body?

Just when I didn’t think Nero could sink any lower, he blames his son Matthew for the shooting. Um, what?! Why would you do that to your son?! What happened to buying him a zoo down in Mexico? Some family loyalty Nero has.

Gemma is finally realizes the meaning of family and will do whatever she can to be near her boys. Her talk with Wendy was predicable. She tells Wendy she can help her, Wendy has hope, Wendy chickens out, and then Wendy shoots up. Why does Gemma think at this woman is a reliable pawn in her game against Tara? The woman can’t stay clean for more than a week. Gemma heads to the hospital and is confronted by Jax. If she thought she had any chance to see his grandchildren before, it was completely taken away. Jax makes sure that Gemma knows that she is dead to all of them. 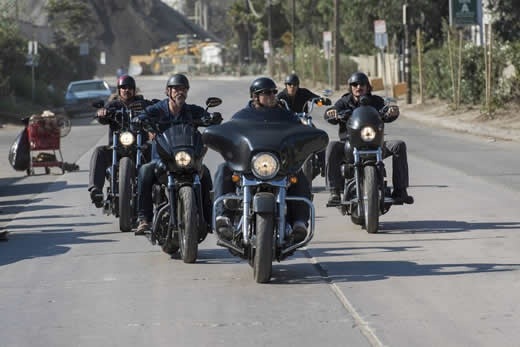 Even though Nero sold his son, he was cut from the shooting case. Toric shot the girl and there is evidence to prove it.

Love may not be over for Jax and Tara, we’re left seeing Jax beg Tara to let him in. Part of me hopes that her heart softens and she does, but then the other part of me remembers everything that he’s put her through these past few years and I hope she makes the right decision. Maybe that’s the shock Jax needs to turn his life around, he lost Opie, can he survive losing Tara and his boys too?