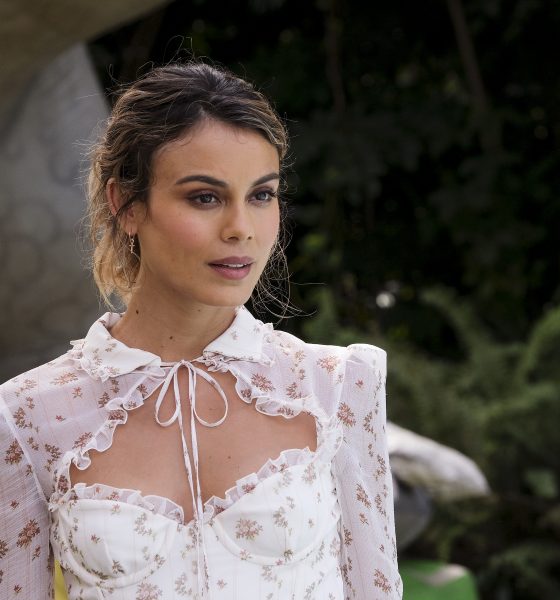 The Baker and the Beauty Review – Vanessa Hounded by Reporters, Noa and Daniel Get Into a Fight (1×05)

THE BAKER AND THE BEAUTY - "Honeymoon's Over" - When Noa and Daniel's relationship goes public, the extra attention proves to be more intense than they had anticipated and tensions begin to build. To make matters worse, Lewis makes Vanessa an intriguing proposition which leads to a conflict between Daniel and Noa. Meanwhile, as Rafael strives to be more supportive of Mateo's dreams, Mari feels helpless and worries that she won't be able to protect Natalie from the opinions of the outside world on an all-new episode of ABC's "The Baker and the Beauty," airing MONDAY, MAY 11 (10:00-11:00 p.m. EDT), on ABC. (ABC/Steve Dietel) NATHALIE KELLEY

The honeymoon phase didn’t last too long for Daniel and Noa.

On The Baker and the Beauty Season 1 Episode 5, the couple had their first real fight as Daniel got a taste of the “celebrity lifestyle.”

There are plenty of perks that come with being in the public eye including a free Corvette that Daniel eagerly took for a spin, but as Rafael warned, everything comes with a price.

A life of luxury is already costing Daniel his privacy and forcing him to question if he’s good enough.

The persona that he introduces to the public now is the one that’s going to define him, so it’s more important than ever that he stays true to himself. It’s what got him this far along.

But when he took a meeting with the Food Network, they were already trying to make him into something he isn’t.

It seems like this will be one of the biggest struggles Daniel comes across — how do balance remaining genuine and authentic when the whole world is trying to change you?

It’s even more difficult because Daniel doesn’t seem to know who he wants to be or what he wants.

Daniel found opportunity knocking, but he was too afraid to open the door because he doesn’t want to let people down.

When Noa suggested he join her in Morrocco for three months, his response was still that he has ” a job.”

If Daniel wants to remain a baker, that’s fine. He shouldn’t be shamed for wanting a low-key career that utilizes his talents. He also doesn’t need to put himself on television if he doesn’t feel like that’s the right thing for him.

But if there’s any part of him that does want something bigger and better for himself — which it seems like he does since he created his own social media food show — then he should be allowed to pursue it.

He shouldn’t put his dreams and desires on hold because they don’t fit what his parents want for him.

Saying ‘no’ to the Morrocco trip to stay and work at his family’s business would be a mistake.

While it’s awesome that he remains so dedicated, at some point, he has to get out there and live his life.

Noa isn’t asking him to move to Morrocco permanently — she’s giving him a once-in-a-lifetime opportunity that he should jump at. Chances like this don’t come often.

The trip could be very beneficial to him and the cafe that the family is thinking about opening up. Just think about all those delicious new recipes.

Daniel also needs to do this to take a chance on Noa and on himself.

She’s putting a lot on the line to pursue a relationship with him. Plus, he had to know it would come with the territory as Noa is a worldwide superstar. She didn’t make a name for herself by sitting in Miami and never leaving her comfort zone.

If Daniel wants more, he should go get more.

There are major changes happening for the Garcia family, and it’s understandable that everyone is a little bit on edge.